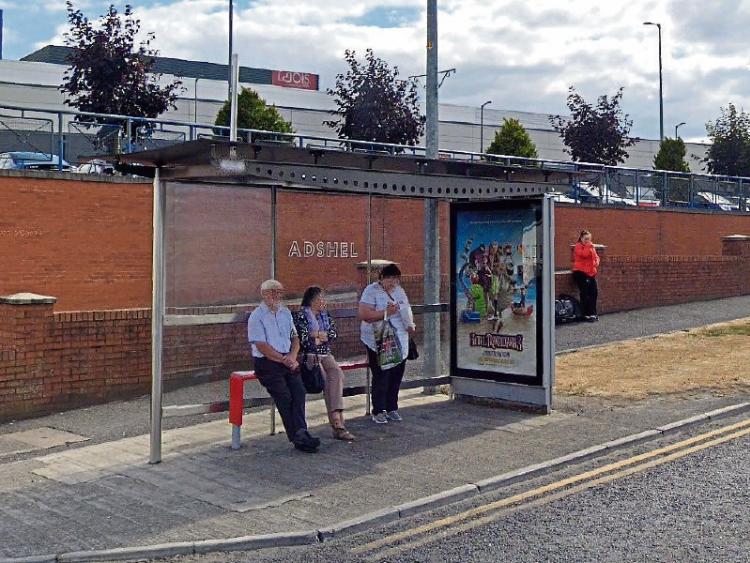 While climate change means more rural people are being urged to use public transport, Laois people remain waiting for years for bus shelters.

Cllr James Kelly claims that shelters are not being installed because the bus company can no longer make money from them by selling advertising spaces.

“Forget about your advertising. They put them up because they could make money from the advertisements. That is not going to happen any more but we still need bus shelters,” he said at the January meeting of Laois County Council.

“ Climate change has made it a priority to use public transport. The bus user should be afforded some shelter from the elements. I've a letter from the National Transport Authority stating that the numbers deserve shelters but it is subject to funding, that was three years ago,” he said.

“There's none in Mountrath, Castletown or Borris-in-Ossory. I see people standing in the rain. S urely if we want people to use buses we should be able to get bus shelters,” he said.

He tabled a motion asking Laois County Council to do an audit and get funding to put up bus shelters.

“This is for the whole county, there are bus routes all over it,” he said.

“A lot of city people coming to live in Mountrath don't have cars. Buses are not stopping. Bus Eireann was asked to stop regularly, they said they would if they had a shelter,” he claimed.

“I see them from my kitchen window, They don't stop. This might give them an incentive to stop,” he said.

He said traffic is as busy now as it was before the motorway.

“A lot come through to bypass the toll but bus services still pulled out of the town,” he said.

“Last Wednesday it was a cold morning and I counted 17 people standing in the cold. What if it had been raining? It's just crazy,” he said.

“A lot are very sick, going to Dublin for appointments,” agreed the Cathaoirleach Cllr Willie Aird.

Laois County Council replied that an audit is underway by it, to be presented to the Transportation SPC and then to full council for approval.

Councillors have set aside €50,000 for bus shelters in the Capital Budget 2020 – 2022, funded by development contributions.

The NTA who licence bus services say buses must only stop at designated bus stops.