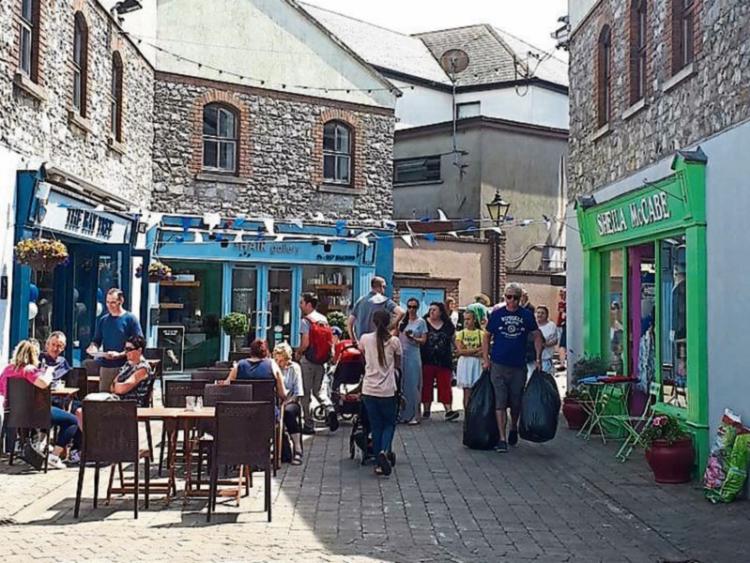 A long built pedestrian shopping square in Portlaoise has been taken in charge by Laois County Council after the process was stalled last year over parking problems.

Councillors approved the taking in charge of Hynds Square off Main Street at their January meeting, as a review of parking space in the adjoining Jessop Court continues.

“It was agreed at the Portlaoise Municipal District meeting that parking in Jessop Court be reviewed, that review is ongoing,” Director of Services Simon Walton said at the meeting.

“The area being taken in charge is a business area, not a residential area, so we’ve no issue. I know that Simon will be back with a report regarding the issues raised in Jessop Court,” she said.

“We want that report as soon as possible,” she said.

Hynds Square has shops restaurants and apartments overhead while Jessop Court is a residential square of 15 homes where all the parking spaces are reserved for its residents. Both were built over 20 years ago.

Last November councillors refused to approve the taking in charge of Hynds Square because they wanted some parking spaces in Jessop Court made public.

Some said shoppers were fined after parking for five minutes.

The council took in charge Jessop Court in 2017. Maintaining Hynds Square's three streetlights, services and pavements will cost an estimated €1,240 per year.