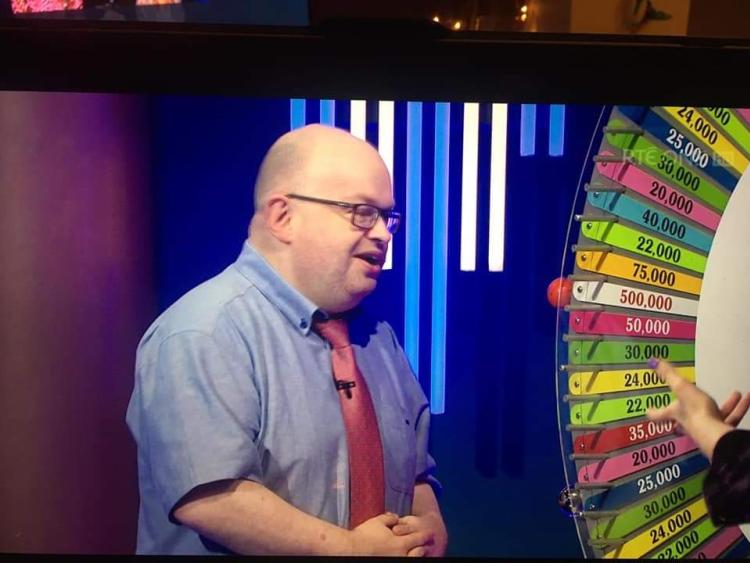 A Laois man is coming back down to earth back at work today Monday after winning big on Winning Streak last weekend.

He spoke to the Leinster Express from the Citizen's Information centre in Portlaoise where his is a volunteer.

"I'm back in work now coming back down to normal. It was a fantastic experience. All the staff were fantastic," he said.

Brendan who has mild cerebral palsy used his wheelchair at times with filming for the show taking 2.5 hours.

"You don't see everything after it is edited, but Marty and Sinead were so kind to me, helping me manouevre around and the staff got me a stool," he said.

Brendan who lives with parents and sister has no plans yet for his big win.

"It's a fantastic reassurance. We went to Treacy's in The Heath on the way home for dinner, and my godson told a couple that I was rich. I am going to get him a dinosaur toy he wants," he said.

He thanks everyone for their well wishes.

"Thank you to everyone, they have all been so kind sending cards and messages of good luck," he said.

His sister is Paula.

"Brendan is over the moon with his big win, What a day to remember forever, it started and finished on a high note, surrounded by our family, friends and all our well wishers, friends, neighbours all cheering in at home, Glued to their TVs, Brendan felt like a V IP for all of Saturday,

"The staff at RTÉ were fantastic, looked after him very well, And his best pal Rob Weston assisted him in every way possible. He drove Brendan up early that morning and they were introduced to his fellow contestants. They were brought through all the building and had a little practice in the studio before Winning Streak went live. We were seated outside the studio where we were given tea, coffee, wine sandwiches, processo. All the families of the contestants were chatting, Then we were called into the studio and shown our seats. We were introduced to the TV crew and the show got underway.

"Although Brendan told us he was very nervous before the show he didn't look it. Onscreen and offscreen Marty and Sinéad were more than kind to Brendan. And Brendan's best pal Rob was just the best. He assisted Brendan with his wheelchair and not just in a day like this, Rob is always there for Brendan. When we stopped at Treacys on the way home for dinner, Brendan's little Godson Craig turned to me and said, guess what Paula my Godfather Brendan is rich,, l am going to ask him for a loan of 199 euro to buy a dinasour" she said. 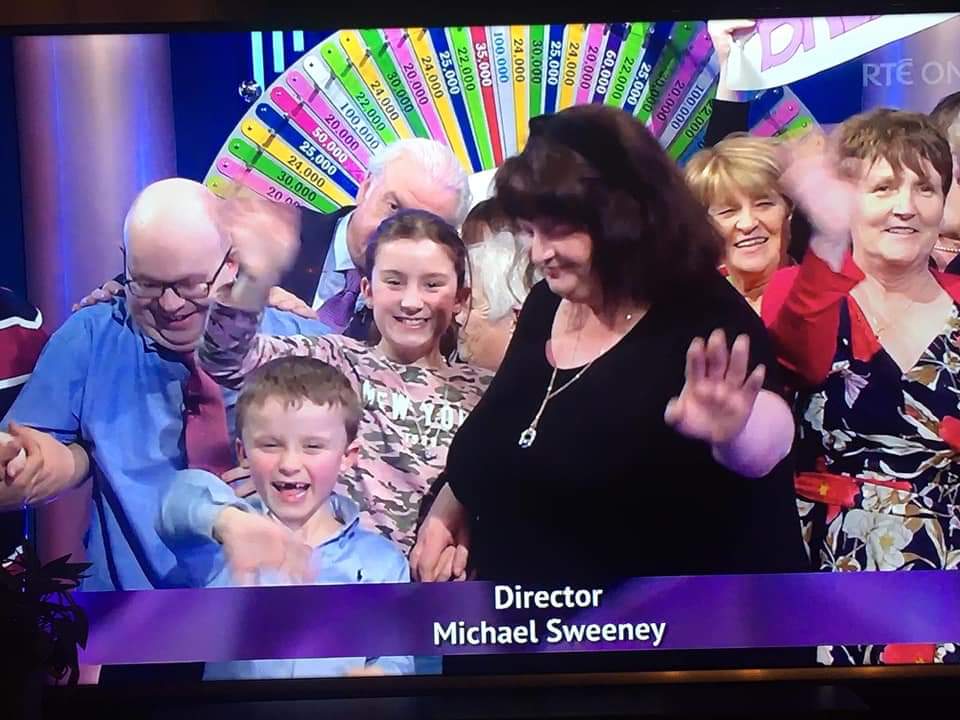