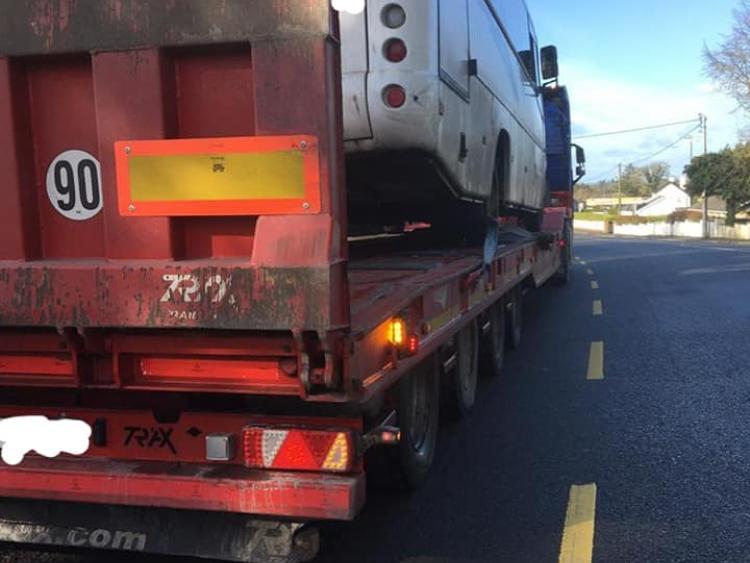 One school bus was seized and three grounded in a Garda and Road Safety Authority inspection in the county on Wednesday.

"Several major obvious defects were detected in some, resulting in three being grounded until tyres replaced and one seized for several major defects. Several FCPN’s ahve being issued to drivers resulting in penalty points on licences and one operator facing prosecution for failure to maintain a PSV (School Bus)."