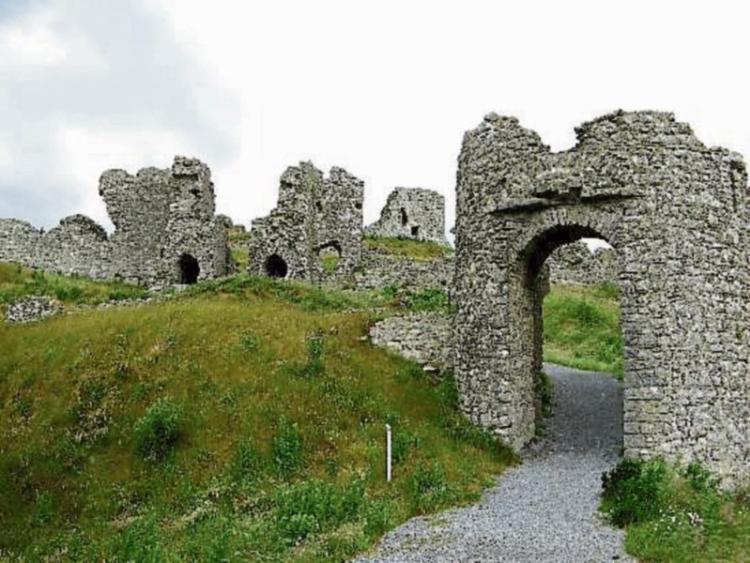 The latest plans to make the Rock of Dunamaise more accessible to tourists are underway.

The famous Laois castle ruin, the seat of the O More clan, has no visitor carpark but Laois County Council is examining options to build one.

However a recent archaeological survey may well affect their plans if it throws up historic finds.

Cllr Tom Mulhall wants a carpark and he said a site will be bought, at the February council meeting.

“A site is going to be secured for a reasonable sized carpark,” he said.

He had tabled a motion to ask for an update from the council on the planned carpark.

“The carpark might only be the start of something for the Rock of Dunamaise, all to make it a major attraction. It is there since the 12th century. Maybe we underestimate the volume of people who come to visit it. It gets a huge amount. People like to read the board there about its history. It would be good if they were able to communicate with local people about the history. I think we are making progress,” he said.

He said that the Church of Ireland which owns the chapel beside the Rock is supportive.

“The church body and locals want to help and support this. I would like to see more notice boards there promoting Stradbally and Portlaoise, telling them where they could get lunch or a tea. The carpark is only the start. We need to be selling what we have. It needs proper access. Laois County Council, the OPW and the Heritage society have all come together,” Cllr Mulhall said.

However Director of Services Gerry Murphy cautioned that it all depends on the results of the archeological survey.

“We can’t take anything for granted. There are two sites identified for a possible carpark,” he said.

While Cllr Paschal McEvoy said there had been local opposition to any development.

“I have got calls from people who didn’t want any carpark or toilets, because they think it would attract anti-social behaviour,” he said.

The written reply was from Dom Reddin, tourism officer with the council.

“The council is examining options for the provision of a carpark and appropriate interpretive signage at the Rock of Dunamaise. A geophysical study was carried out in January 2020 in two locations at the Rock on the recommendation of the National Monuments Service to identify the likely extent of subsurface archaelogical remains there.

The views of the National Monuments Service have been requested following the results of the survey before proceeding further,” it said.