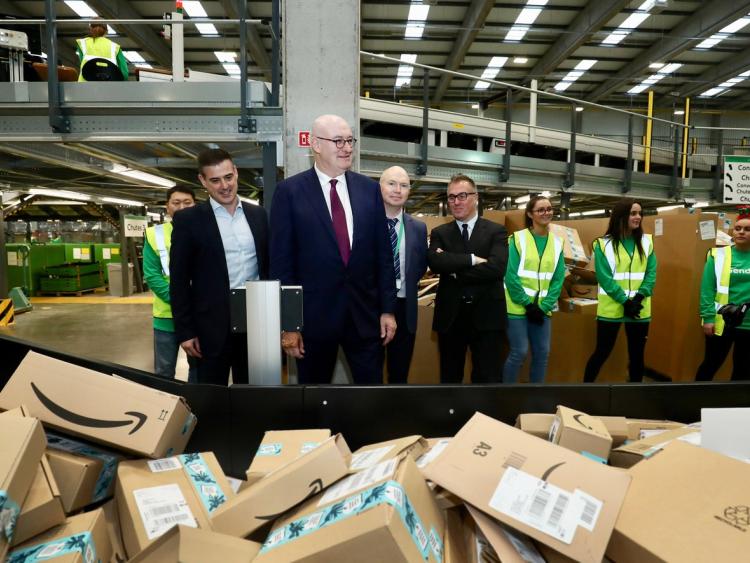 An Post has not clarified the future of jobs at its mail centre in Portlaoise, according Laois Offaly TD Brian Stanley.

The Sinn Féin TD issued a statement after An Post said things were never busier at the Portlaoise Mail Centre where 200 staff work. However, it did confirm that international parcels were no longer being processed there and customs services would also be relocated to a new centre in Dublin.

Dep Stanley was concerned about the implication of the loss of the parcels service.

“The facts are parcels are gone to Dublin. This is a huge loss to Laois as parcels are the one area that is not decreasing. Ordinary mail volumes are dropping rapidly not just in this country but across Europe due to the switch to email.

"Regarding packaging, An Post have not confirmed their intentions with their Dublin operations for later this year regarding diverting small packaging. This is still a major and important part of the business in Portlaoise as packaging levels continue to be high.

"Of course, ordinary mail levels are going to be high due to the current health emergency and the diversion of mail from Cork. This does not address the medium to long term issue of the absence of replacement business for the sharp drop that will continue in ordinary mail volumes and any removal of packaging services to Dublin,” he said.

An Post opened a €15 million 50,000 sq metre plant in Dublin last December. The hub can process 13,000 parcels every hour and transforms the parcels operation from a manual set-up to a 90% automated process.

The Irish Times reported at the time that Garrett Bridgeman, Managing Director, An Post Mails & Parcels, said An Post would modify its staffing levels as it moves its focus from letters to parcels but there would not be “any mass redundancies” as a result.