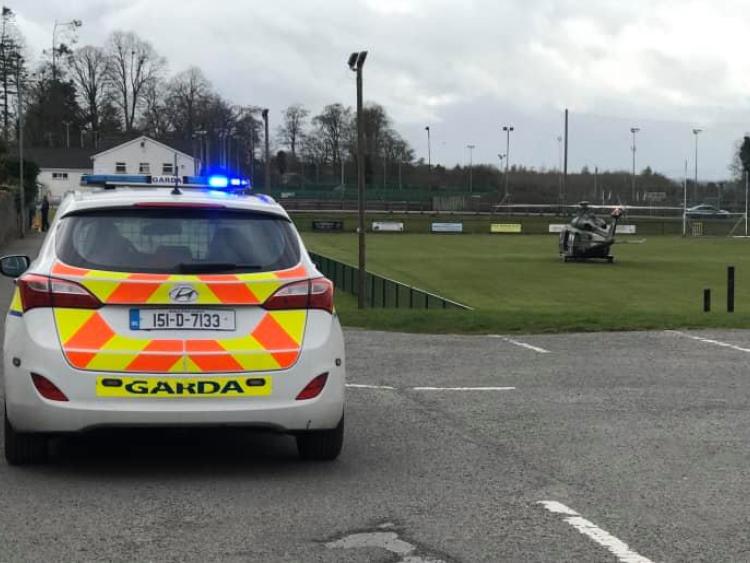 An Irish Air Corps helicopter landed in Abbeyleix today to assist the ambulance emergency services and Gardaí in Laois Offaly.

The aircraft landed in Fr Breen to airlift a person from Fr Breen Park this evening, Thursday, April 2.

Gardaí confirmed that the male, aged in his twenties, was found unconscious nearby. When gardaí arrived on the scene he had recovered consciousness.

However, air support was called as a precaution and the individual was taken to Tallaght Hospital.

An investigation is understood to be ongoing in relation to an incident and possible altercation in the area. However, gardaí are not working on the basis that the man had sustained injuries.