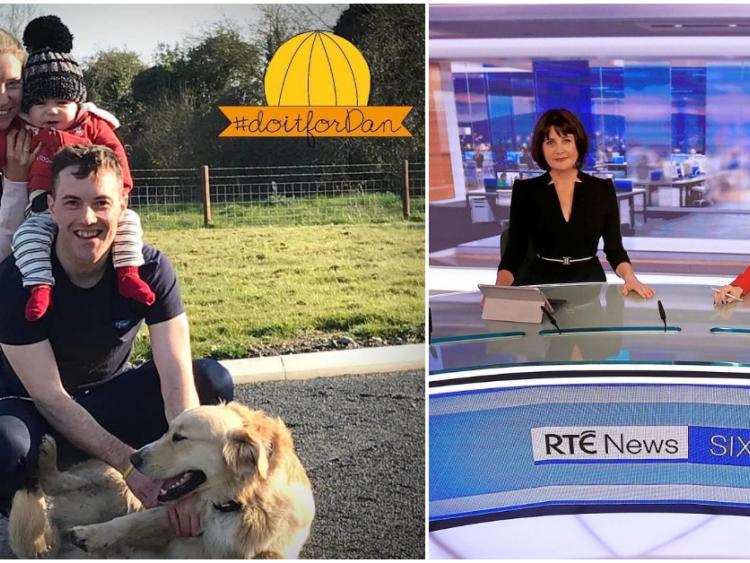 The Donoher family from Jamestown, Co. Laois, is set to feature on this evening's (Wednesday, April 22) RTÉ Six One News.

The family behind the 'Do it for Dan' campaign which has gripped the nation in the last number of weeks will share their story on today's RTÉ Six One News programme. Little Dan, his parents Niall and Aisling, and their dog Bobby are all set to appear on TV, phone and computer screens across the nation to spread the word of the Do it for Dan campaign.

Tune into @rtenews at 6 tonight! Niall, Aisling, Dan and even Bobby will be making an appearance! Thank you all for your amazing support, kindness and generosity! #doitforDan pic.twitter.com/guBzJyAQ9m

The Do it for Dan campaign was launched in early March for the son of Laois footballing greats Niall and Aisling (nee Quigley) Donoher. 1-year-old Dan, who celebrated his first birthday just three weeks ago, was diagnosed with a rare life-threatening disease called Spinal Muscular Atrophy (SMA) Type 1 and Scoliosis.

The campaign reached the €1 million milestone on Sunday evening gone, 44 days after the launch, with nearly €350,000 added in the days since. To donate, you can do so via the button below or at this link - HERE