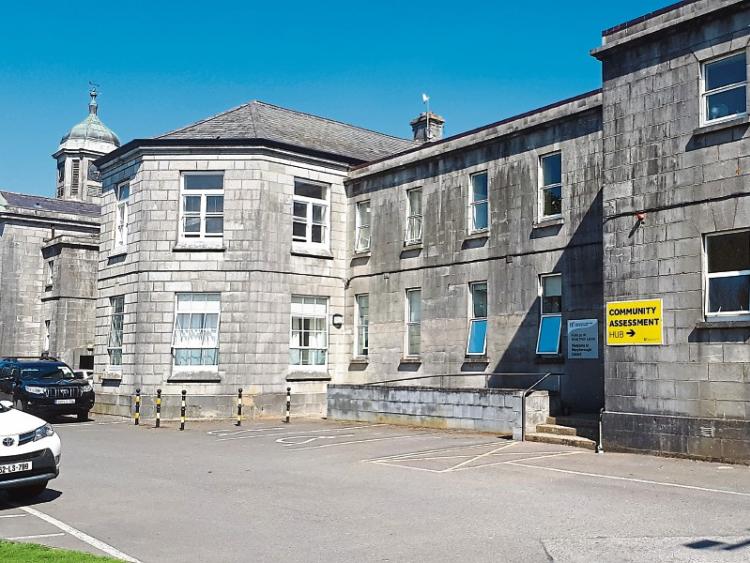 The impact of Covid-19 has left an indelible mark on doctors, nurses and other staff who witnessed the way the virus swept through St Fintan's hospital at Easter claiming nine lives along the way.

Portlaoise hospital's Clinical Director and Director of Nursing were both part of the response to the outbreak which claimed nine lives but inexplicably left 17 survivors.

Both Dr John Connaughton and Ms Sandra McCarthy have also seen first hand the impact where patients have died at the hospital.

“I have never seen anything like it,” says Dr Connaughton of the deaths at the Maryborough Centre.

“I don't think any of the people involved have ever seen anything like it. So many deaths in two days. I think that every time somebody drives by the gates of the unit in the future those people should always be remembered.

“That was their home and some of them have been there for in excess of 20 years. And it was utter devastation for the people who will be looking out for them, day in and day out.

“There are no words to describe what they went through and this will take a long time for people to recover.

“The frailty levels were very high among the residents and there's very little to separate one person from the other.

“It is one of those unknowns; why nine died and 17 weathered the storm and survived?

A small number of patients have also died at Portlaoise hospital. Ms McCarthy says staff have done their best to help families cope.

“We've learned so much in the last few weeks about this virus but we have so much unknown about it. That’s why there are so many unanswered questions to families about their loved ones and why did the virus affect them in the way it did. So those questions are difficult because we don’t have the answers.

“The end of life care has been a significant issue for us. Now we do allow one family member in with the person that has died. It's very difficult. The whole grief process as we know it is an Irish society is not there. That outpouring of emotion and that support and we get from families and relatives the neighbours.

It's a new way of grieving and it's very difficult.

Staff are the only ones who can help these families but they are also there for people with no family.

“Where there is no next of kin as a nursing profession we attend to the spiritual needs of those patients,” said Ms McCarthy.