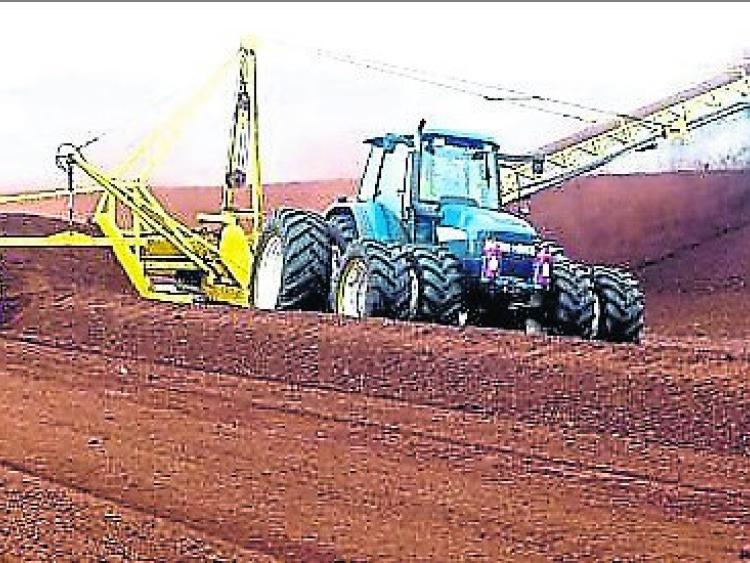 The hot weather has many Laois people saving turf early this year on small private plots, but hundreds more have been prevented from doing so.

Many people save their turf from larger Bord na Móna owned bogs but the semi-state company has been halted in activities by a recent court ruling that forces more regulation of industrial sized peat harvesting to protect the environment.

it was the burning issue at the May meeting of the Portlaoise Municipal District, where Laois councillors demanded that Bord na Móna open up their bogs for households who traditionally draw their turf from them.

"This is the single biggest issue I have, the phone hasn't stopped ringing. I am asking Bord na Móna to ask for bogs to open up. 500 or 600 people can't get their turf. They are absolutely disgusted, this is one of the hottest years we've had, and only private banks can be harvested. People out there are getting very annoyed," he said.

"People had agreements to get their turf from Bord na Móna, it is a strong tradition going back six or eight generations, Bord na Móna is doing a dangerous thing, messing with people," he said.

Cllr Aird contended that there is plenty of wildlife on bogs that are harvested, disputing the environmental impact of cutting.

"I've seen all the wildlife on turf banks and in drains, some of those people talking don't have facts to back it up. The people who save their turf are custodians of the bog, they call if rubbish is dumped, and Bord na Móna are rubbing their noses in it," he claimed.

He wants a deputation from Laois County Council to contact the company to request permission to cut immediately.

"There is no point in giving the green light in August," he said.

Read also: A TO Z OF A DAY ON THE BOG

"It is the hot topic. I had about six calls this morning before 10am. There is loads of people willing to do the work, all local families. The whole of Laois is affected by this. Maybe we can email Bord na Móna, I'm certainly prepared to go and meet them," he said.

Cllr Mary Sweeney said they all had worked on the bog in their younger days.

"We enjoyed it and we hated it. There are a huge number of people for whom turf is their only method of fuel," she said.

Cllr Catherine Fitzgerald said it was "a ridiculous policy" by Bord na Móna to decide in the middle of a pandemic when people are pulling together.

However, Cllr Caroline Dwane Stanley said that it was a High Court ruling last year that has forced the halt, by an environmental group that is "aligned with the Green Party".

She crossed swords with Cllr Aird who claimed that Bord na Móna can still enter its own land and cut turf.

"Are you suggesting Bord na Móna break the law?," she asked.

"It has the right to open the bog," he said repeatedly.

It was agreed that the council will seek a meeting with Bord na Móna.

Last September Friends of the Irish Environment won a High Court challenge against the State against its new regulations that had allowed for industrial extraction of peat from bogs. FIE said this ran contrary to EU directives on environmental protection.

The court ruled that those seeking to extract peat from Irish bogs larger than 30ha in size had to acquire planning permission prior to obtaining a licence from the EPA.

Bord na Móna has lately been approved permission to apply to An Bord Pleanála for "substitute consent", after which it has to apply to each county council for planning permission and then to the EPA before it can resume peat extraction.