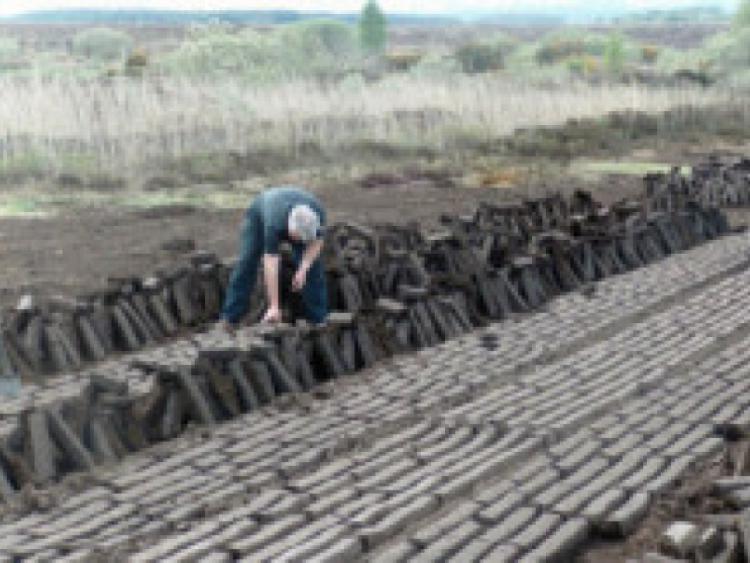 Plight of Offaly turf cutters raised in the Dáil

"That is due to the decision on planning consent being held up. It was supposed to be dealt with in March but that was not done. The jobs of hundreds of Bord na Móna workers are at risk. Thousands of households in the midlands are facing a winter without fuel because of the ban on domestic turf cutting.

"Although peat harvesting is to be wound down as part of a just transition, it was meant to happen in an orderly manner over eight to nine years, with domestic turf cutting to continue. We have had three months of exceptional weather but Bord na Móna staff and turf cutters have been confined to standing on the sidelines or looking out through a window at the sun shining and the harvest going down the drain. What has happened is a scandal.

"The Department and the Government knew this problem was going to arise given the outcome of the High Court case last October but they did not bring in legislation to avert it. Only now is the application for a substitute being considered by An Bord Pleanála. Leave to apply for consent was supposed to be dealt with before 10 March. It was held up because of Covid. I appeal to the Minister to deal with this issue.

"The effect of this issue is that peat harvesting or domestic turf-cutting cannot commence on Bord na Móna bogs until mid-June at the earliest. At that stage, the best four months of weather will be gone. That is outrageous. I am aware we cannot interfere with the decision of An Bord Pleanála, but I am asking the Minister to get one of her senior officials to contact An Bord Pleanála to ask it to process the decision as quickly as possible because too much time has been lost.

"I asked the Minister for Housing, Planning and Local Government, Deputy Eoghan Murphy, to get an official from his Department to do the same. I also ask the Minister to ensure that a provision allowing for domestic turf cutting to continue on these bogs is included in the programme for Government her party is negotiating with Fianna Fáil and the Green Party."

In reply, Minister Josepha Madigan said: “In answer to Deputy Stanley, the Department of Housing, Planning and Local Government and the Department of Communications, Climate Action and Environment are trying to streamline the application process, as recommended in the national peatlands strategy. That would make it somewhat easier to apply.

"Obviously, it is quite cumbersome to be obliged to apply for planning permission for leave for substituted consent. As the Deputy recognised, it is a matter for An Bord Pleanála."