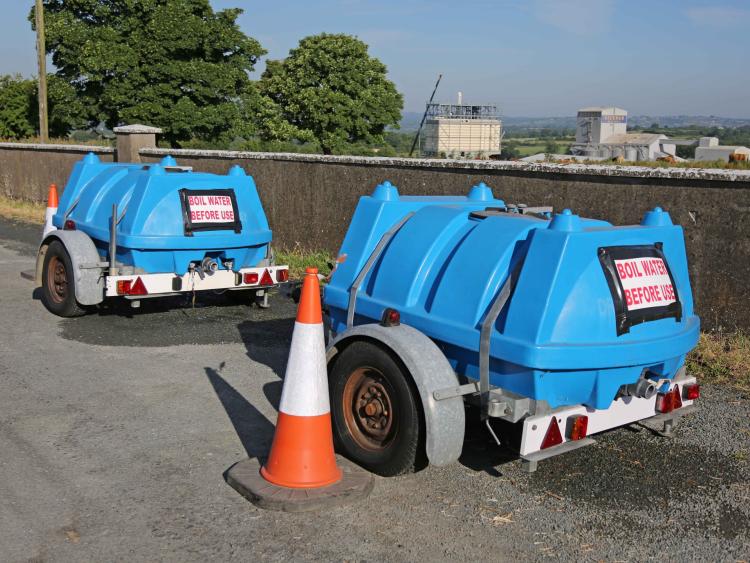 The likelihood of water restrictions due to the dry hot weather looks almost certain with some parts of Laois reporting supplies at 'critical' levels with one area expecting supply cuts by Monday, June 1.

Met Éireann is forecasting that temperatures will drop this week after a very hot start to the week, but there is no significant rain on the way which will come as bad news to communities reporting problems.

People on the Ballacolla group water scheme in south Laois have been issued with an "urgent" appeal. Locals were asked on Saturday, May 30 to make every effort to conserve water as water levels are at "critical point". To ensure continued supply the local scheme is asking all members to refrain from unnecessary use of water.

Meanwhile, a similar urgent appeal was made in relation to the Wolfhill reservoir in Laois near the Carlow Kilkenny borders. The supply serves people living in Wolfhill/The Swan /Doonane/Newtown/Mayo /Tolerton.

Laois county councillor Padraig Fleming warned that the supply could be cut.

"While a good effort is being made to conserve the reservoir is getting lower which could lead to water being cut off within 36 hours. Your continued support to conserve is appreciated," he said in an appeal to local people.

The latest update issued on Sunday, May 30 says that, with the exception of southwest Munster, it has been an "extremely dry week" just gone.

It says the majority of Ireland had rainfall accumulations of less than 0.5mm over the past seven days. Met Éireann says this corresponds to less than 3% of the average rainfall for the last week of May.

"From Tuesday evening, our weather will turn cooler and more changeable, so it will not be quite as dry as the past week. However, accumulations will be low in many parts of the country," says Met Éireann of the coming days.

The forecaster says showery rain will move southeast over the country on Tuesday evening and night, but for the rest of the week, most rainfall will occur in Ulster and Leinster.

Around 15mm of rain is expected to fall in northwest Ulster, which is close to normal for the first week of June. However, the rest of Ulster and Leinster is expected to have between 4 and 8mm of rain, which is between 35 and 60% of average. The forecaster adds that many parts of Connacht and Munster will see very little rainfall, generally ranging between 1 and 3mm in total.

Read also: MET ÉIREANN FORECAST FOR THE WEEK AHEAD