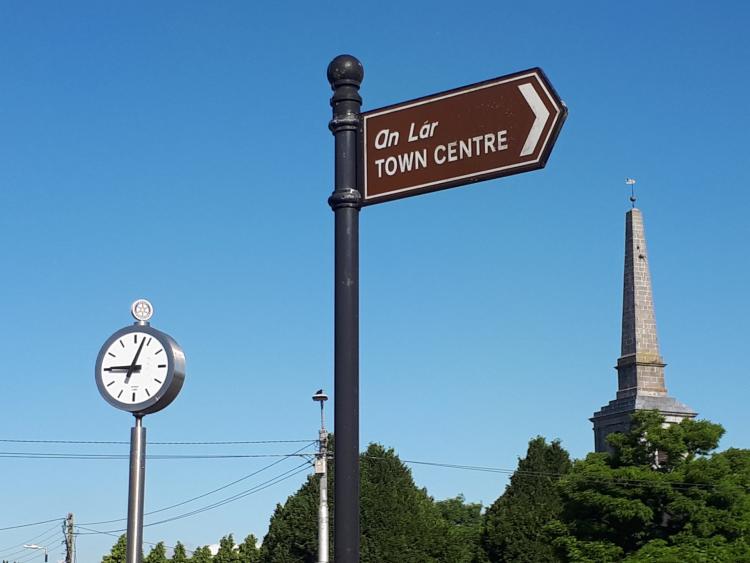 The retail potential and capacity of Portlaoise can sometimes be one of its most underestimated attributes. As a place to do business, the town has much to offer, not least its location and infrastructure.

It's a compact setting, something which can often be overlooked. If you are of a walking disposition, when it comes to doing your shopping or indeed browsing, then it can be easily traversed quite easily. It's layout is also relatively straight forward, accessible and easy to navigate.

Main Street is arguably one of the town's greatest assets, if not indeed its greatest. From the top square down to the lower end, the street offers a treasure trove of shops catering for a myriad of services.

The volume of retail on and off Main Street is something that has to be seen to be fully appreciated. The street has always been the beating heart of the town. It has seen good days and bad. In recent years it has undergone a renaissance and has revitalised itself.

And it's potential remains unbounded. Like the rest of the country and business community the town now finds itself coming to grips with the fallout from the Covid-19 crisis. This represents both a challenge and an opportunity. The next few weeks and months will be all about re-establishing business and adjusting to the new reality that we now live in.

For the retail sector the challenges are particularly manifest, interfacing as the sector does with the public on a daily basis.
Most businesses have already implemented measures to protect their customers and staff, and more are in the process of doing so. This will undoubtedly be a different experience and will take some time to bed down.

Like everything else, we will get used to it, however, and adjust ourselves accordingly. The Downtown Portlaoise group have used the mantra that we are all in this together.

At present there are two groups working - a Laois Task Force/Business Recovery Group headed up by Bernie Everard of Laois Chamber, and the Portlaoise Town Team of which Downtown Portlaoise is part of. The Downtown Portlaoise group currently has a survey running for businesses to guage their mood and feelings as they face into unchartered territory.

“It is taking the temperature of businesses. The feedback is showing that while there is certainly concern, people are also hopeful,” said Mark Healy, Chairperson of Downtown Portlaoise.  The survey is ongoing at www.surveymonkey.com/r/
PortlaoiseBusinessesSurvey.

The town's hospitality sector also offers a multitude of choice with a range of hotels, guesthouses, restaurants and food outlets.
Even as the business life of the town re-awakens, there is much going on which will shape its look and composition for the future. A number of exciting new initiatives are underway in the town.

A walk down lower main street for example reveals work underway on the new library at what was once the site of the old Shaws shop. Construction work on the multi-million euro development commenced in January this year, and it's estimated it will take 20 months to complete. The project has a budget of in excess of €5 million.

The 16,000 sq ft facility was designed by Portlaoise architects McCarthy O’Hora. Apart from traditional library services it will have an exhibition area, study, IT section and a community meeting room.

The development is viewed by county hall as integral to the revitalisation of Portlaoise town centre.
Frank C Murray & Sons Construction have the contract for the project. 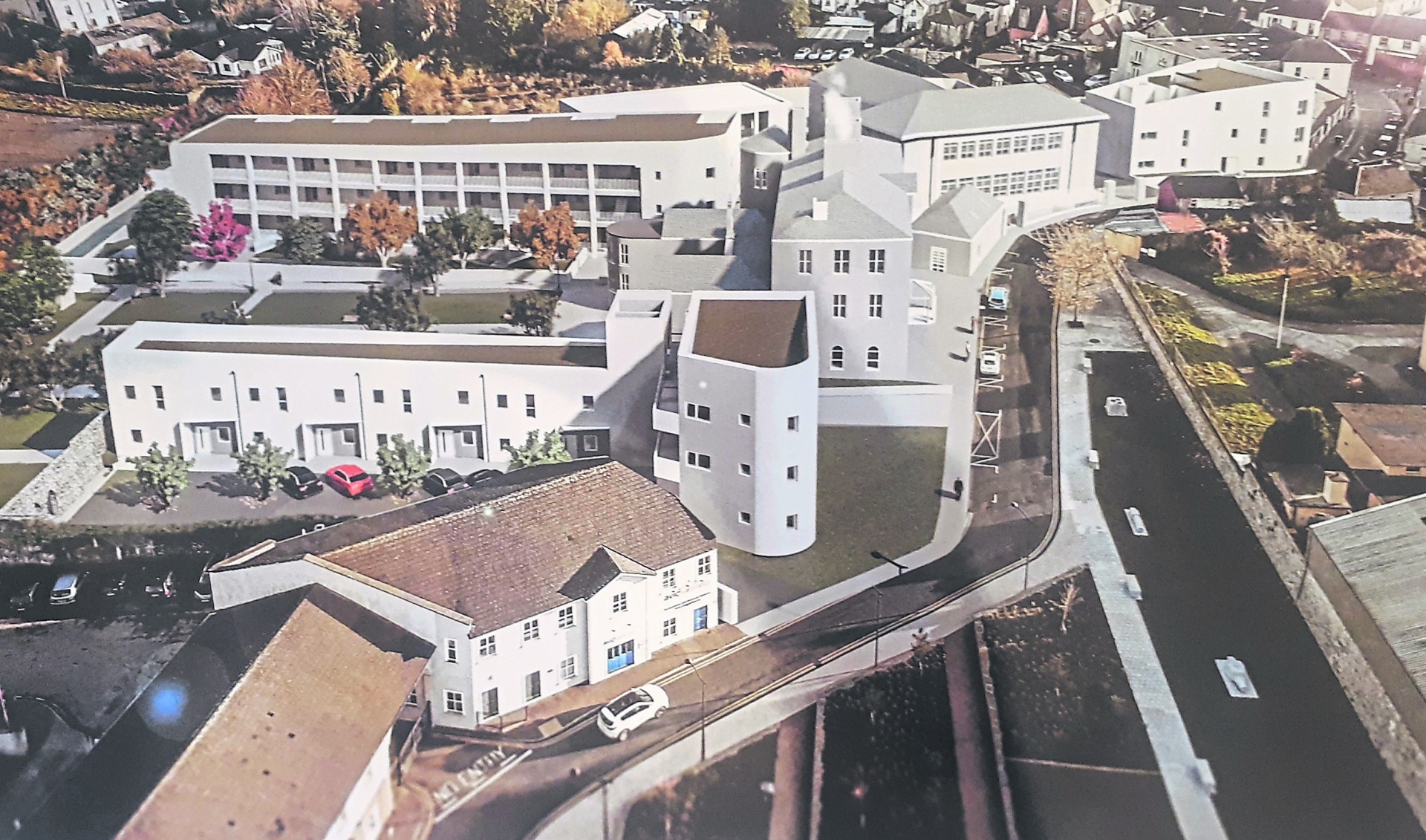 Breathing new life into the town centre are plans to convert the former Presentation convent and Sacred Heart school into social housing. Work on the 3.3 acre site is hoped to begin in a year’s time, and the architects say it will be largely finished by 2023, all going well.

Plans were shown to the public in early January. €10.06 million has already been approved for the project by the Department of Housings.

The plan sees the conversion of the Presentation convent and the Sacred Heart school along with building new apartment blocks which will create 48 apartments and four new houses, in a redesign proposed by Laois County Council and two approved housing bodies.

It also foresees the creation of a public parkland, a plaza, community gardens and play areas. Sophia Housing Association Ltd and Co-operative Housing Ireland are developing the site.

The 1.35ha site includes land where the old Portlaoise church once stood, and runs from Church Avenue back as far as the Triogue river. More recent structures at the back of the convent, and prefabs are to be demolished.

Nine apartments will go in the old convent, a protected structure called Block A. This includes three single bedroom apartments and six two bed apartments, totalling 785 sqm. The convent will also get some community spaces.

Block B the Ha’Penny Babies will be purely for community use, 66.645sqm over an existing single storey building. The main two storey school Block C will be turned into four single bedroom apartments covering 219.525sqm and community space of 334.66sqm.

Block F will have five one bedroom apartments as well as four two bedroom houses totalling 607.245sqm over two and three storey terrace and block buildings.

The development includes foul and surface water drainage, footpaths, landscaped open spaces, passive and active areas including a new public parkland to the rear of the convent, new public plaza and pedestrian linkages to the Triogue River, community gardens and play areas.

There will be 26 parking spaces including four disabled spaces, and 60 bike parking spaces in three bike shelters.
It also includes several community spaces and a new public parkland bordering the Triogue River, a plaza and vegetable allotments, on the site of the former Presentation Convent and old Sacred Heart School off Church Avenue. The first work on site is hoped to start in a year. 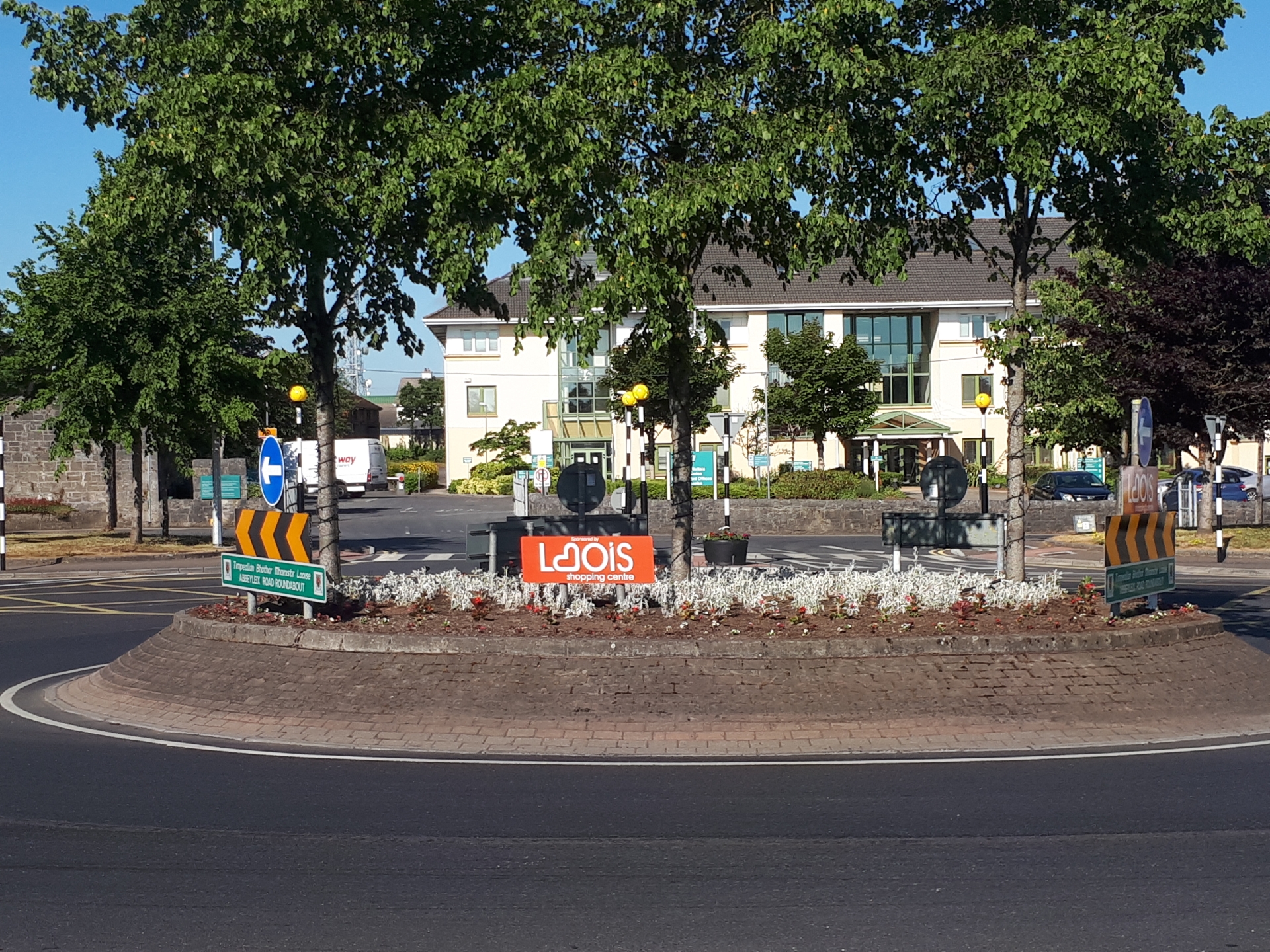 Portlaoise has been designated as Ireland's first 'Low Carbon Town' as part of the Ireland 2040 Project.

According to the plan the aim is to reduce the impacts of car use on the public realm, promoting walking and cycling, and improving the mix of uses within the Town Centre. This will be done by removing large volumes of traffic from the Town Centre via the Portlaoise Southern Circular Road and aided by reconfiguration of traffic flows through the Town Centre.

The aim is to have less traffic by directing cars towards parking areas adjacent to the Town Centre and away from the pedestrian priority areas of James Fintan Lawlor Avenue, Lyster Square, Market Square, Main Street and other key public areas, priority will be given to the pedestrian rather than the car.

Laois County Council also plans to overhaul Portlaoise's lanes and the area around Lyster Square to transform Portlaoise under the Urban Regeneration and Development Fund.

Earlier this year a funding allocation of €2 million from the Regional Enterprise Development Fund was announced for The Cube at Portlaoise Innovation Centre. The centre nurtures new business and hopes to create up to 260 jobs in Laois which have a low carbon emphasis.

He said ‘The Cube’ is a multi-point incubation hub for the development of a Low Carbon Centre of Excellence, assisting in attracting and developing companies with a low carbon focus. The Cube will specialise in bespoke professional services and training programmes tailored to align with the requirements of disparate sectors for which there is currently minimal advice or service available.

Located on Church Street overlooking the old fort of Maryborough, the council says The Cube will assist in bringing vibrancy back into that area of the town and forms part of Laois County Council’s overall plans for the regeneration of Portlaoise.
It says the centre will act as a catalyst in supporting the adaptation and development of industry to meet the targets under Climate Action 2040.

The local authority adds that The Cube will encourage business and industry in the region to analyse their operations in a manner that will increase efficiency and ultimately lead to sustainable employment and competitive advantage.

Late last year, Councillors approved a request to raise a loan of about €1.4 million to buy 26-acres of Tyrrell's Lands, on the N80 Stradbally road.

The land beside The Downs housing estate stretches back to the Summerhill school campus of Portlaoise Educate Together NS, Gaelscoil Phortlaoise and Maryborough NS.

Some 4.8 acres facing the Stradbally road will be developed for social housing that planners say may include small shops, doctor's surgeries, creches and schools. Another six acres has potential for school fields.

About 15-acres is zoned open space and amenity and will become part of an extended People's Park, providing a “green lung” for Portlaoise say planners. It will also “create walking and cycling connectivity” as Portlaoise changes to a low carbon town.
The plan was passed at the November council meeting. 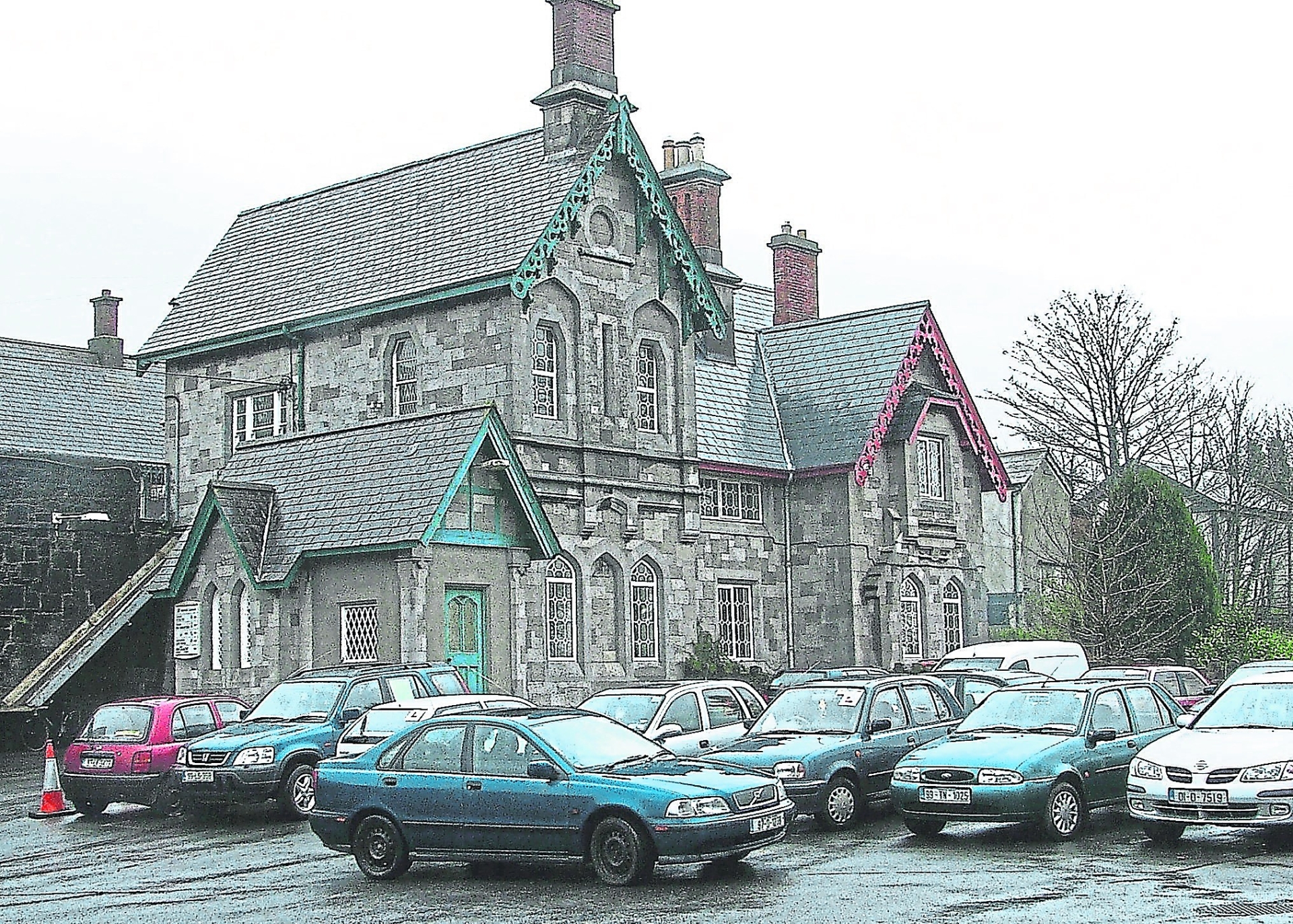 Meanwhile, there is light at the end of the tunnel for Portlaoise train commuters in a new plan which will also deliver new housing.
Laois County Council revealed the design of a new 94 space carkpark next to the busy train station on what was formerly the CBS school playing fields. The five acre site will accommodate 67 council homes, built by Clúid Housing Association which is partnering with the council on the project.

The plan is for 30 houses with a mix of two, three and four bedrooms. There will be an apartment building with 16 two bedroom units, and two duplex buildings, one with 13 two bedroom units, the other with eight.
There will also be E-charging points for electric cars and a bus stop, in line with Portlaoise’s future as a low carbon town.

A scheme to encourage tourists to get off the beaten path is set to see a large grant winging its way to Portlaoise despite the impact of Covid-19 on the tourism sector.
Minister Charlie Flanagan confirmed that Portlaoise is in line to benefit. “In December 2019, Portlaoise was revealed to be one of the country’s ‘Destination Towns’ under a new Fáilte Ireland scheme and I am pleased that the funding promise of €500,000 has been received by Laois County Council.

The new scheme will provide funding to Laois County Council to enhance public spaces in Portlaoise in a way that will engage tourists,” said the Minister.

Work is continuing on a urban regeneration initiative for Portlaoise under Project Ireland 2040, for the creation of a new town cultural quarter. Laois County Council's Capital Indicative Programme 2019 - 2021 sees expenditure of €9 million on the 'Portlaoise Cultural Quarter.'