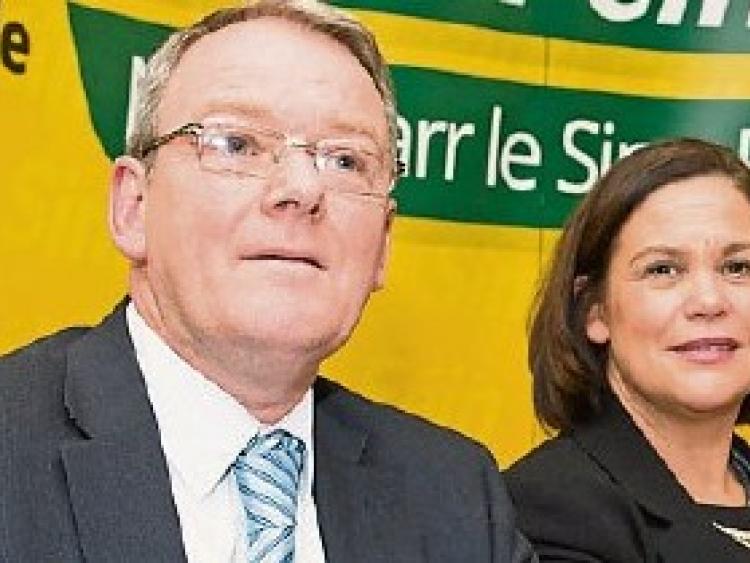 The large number of Ministers in the new Government from the cities of Cork and Dublin shows that the coalition does not represent rural Ireland beyond the Pale, according to Sinn Féin's TD for Laois Offaly.

While his constituency has is among the few outside the two cities to get a ministry, Dep Stanley it does not go far enough.

“The new Government led by Fine Gael and Fianna Fáil does not represent the change that people voted for in February and is not representative of Rural Ireland.

“Led by two right-wing parties, it is set to be the most conservative coalition this State has ever had and a Green mudguard will not disguise that. Regardless of what party props them up, it is in Fianna Fáil and Fine Gael's DNA to protect the developers, big landlords, speculators and insurance industries.

"Behind its vague commitments, the Programme for Government offers no vision or ambition to deal with the existing structural and funding issues in health, housing, childcare and our public services.

"The conservative coalition is also not representative of Rural Ireland and the makeup of the Cabinet proves this. The Taoiseach plus ten senior Ministers represent either the greater Dublin area or the city of Cork, with just four from beyond the Pale. To make matters worse, the Department of Rural and Community Development is now tagged on to the rear end of the much larger Department of Social Protection, with a single Minister responsible for both," he sad.

Dep Stanley has two constituency colleagues who will sit at the Government table. Barry Cowen is the new Minister for Agriculture while Pippa Hackett is a 'super junior' Minister of State in the same department. The senator will sit at the cabinet table.

"The programme for Government is a wish list regardless of who’s at the Cabinet table or who is given a token junior ministry," he said of these appointments.

He said change called for by voters will not be delivered.

"Instead of showing commitment to transform key public services and deliver for low and middle-income workers, FF, FG and Greens promise to cut USC for those earning more than €100,000 a year, at a cost of €125 million a year. This Government is not the change that people voted for.

"The conservative parties may see it as a victory to have denied Sinn Féin entry into Government; however we will ensure that we are the strongest opposition in the history of the State.

"Sinn Féin has ensured that issues affecting workers and families have been pushed to the forefront of Irish politics. We campaigned with communities to block water charges. We pushed affordable housing and a single tier health service to the top of the political agenda when other parties weren't interested and we worked with Trade Unions to end zero hour’s contracts.

"Sinn Féin now has much larger mandate and a stronger team in the 33rd Dáil. We will use this to hold the Government to account and force through the change that is needed to give workers and families a secure future,” he concluded.