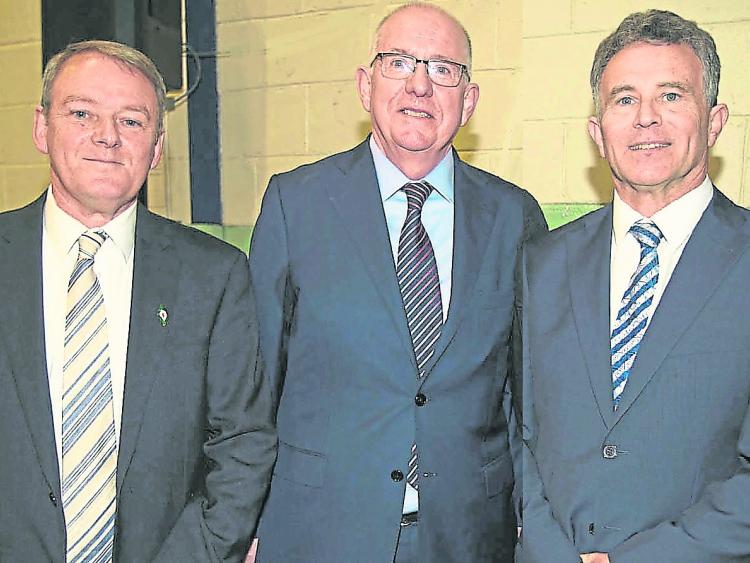 The position of Laois on the political backbenches nationally has been sealed by Sinn Féin despite the fact their candidate here topped the poll in the Laois Offaly constituency.

The former Portlaoise town and county councillor was first elected to the Dáil in 2011 taking a seat from Fianna Fáil. He retained his seat in Laois 2016 and topped the poll in the reunited Laois Offaly constituency in 2020.

He was previously the party's spokesman on agriculture and housing.

Despite Sinn Féin's stated claim that 'there is strong representation from across the regions' on its front bench, none of its new spokespeople are based in the Midlands.

"New government Ministers will have to be on their toes and on top of their briefs because they will be matched by a very energetic, very determined Sinn Féin leading the opposition," said Ms McDonald in her statement.

Dep Stanley said he looked forward to filling another, as yet, unspecified role.

"The party is working towards a plan in the 33rd Dáil which Mary Lou and I discussed months ago. I will have a key role in that which I am more than happy with," he said.

Dep Stanley's Laois colleagues were also relegated last week. Micheál Martin overlooked Sean Fleming for both senior and junior ministries. After six years at the cabinet, the new Taoiseach also chose not to appoint Charlie Flanagan as a senior or junior minister.

Laois voters must now depend on Minister for Agriculture Barry Cowen of Fianna Fáil and Pippa Hackett of the Green Party who is a super junior Minister of State Pippa Hackett. Both are Laois Offaly TDs.

Meanwhile, up to 12,000 people living in Laois and Offaly will have to call on the services of Fine Gael TD for Kildare South, Martin Heydon who has been appointed as Minister of State also in the Department of Agriculture. Portarlington and its hinterland was moved into South Kildare at the 2020 General Election.

Sinn Féin and an Independent took the other two seats on offer alongside Mr Heydon. Fianna Fáil lost a seat. Sean Ó Fearghaill was returned automatically because he was Ceann Comhairle.