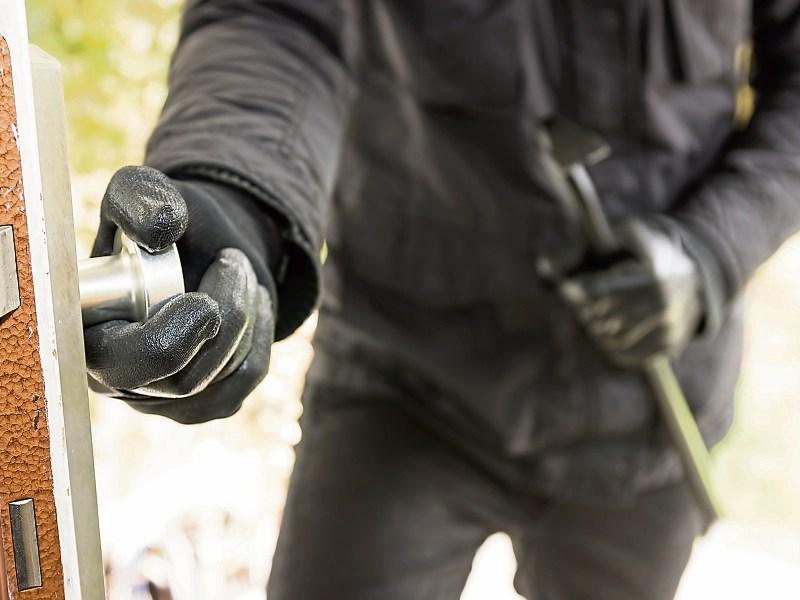 An early hours burglary at Laois Pharmacy in Portlaoise left the owners with a bill for nearly €9,000 between stolen goods, cash and damage.

In a victim impact statement, Deirdre Holland said it took her months to compile a list of merchandise stolen on June 1 last year by two burglars who were jailed for five years at the Circuit Court.

Working at night, compiling the list was tedious and time consuming and she eventually calculated the value of stolen stock at €6,455 but said that was at cost price and would be an underestimate.

Ms Holland's statement, which was read at a sitting of the Circuit Court in Tullamore, detailed how herself and her husband had gone to the pharmacy at Lyster Square after receiving an alarm call.

Their son followed in a different car and because the front door had been smashed, he had to return home to get something to board it up.

They had to clean up the area and she said the tills had been damaged, even though it was their practice to leave them open because of fears of break-ins. Ms Holland's son had to stay at the premises that night.

She said their insurance premium, which had been €5,000, had increased as a result of the raid.

Garda Stephen Cullen told the court the pharmacy had been cleared out in three minutes by the burglars and the total cost between stock, cash and damage was €8,987.

CCTV footage from 5.30pm the previous day, May 31, recorded both accused outside examining the premises.

Laois Pharmacy was one of a number of such businesses hit by two Romanian men, Sorin Aurelian Damaschin, 30, Crumlin Road, Dublin 12 and Matei Siminica, 30, of no fixed abode, on dates between May and July last year.

Judge Keenan Johnson sentenced them to seven years in prison, with the final two years suspended, for offences across seven counties, saying their crimes were an attack on rural Ireland.

The court heard the value of stolen goods, cash and damage caused was about €128,000.

The two men pleaded guilty to stealing high-end perfumes and after shave, plus cash, from pharmacies in counties Longford, Roscommon, Meath, Laois, Tipperary, Wexford and Waterford.

At each premises they smashed the door with a hammer in the middle of the night and loaded the items and cash into bags before driving away.

In addition to the burglaries from pharmacies, they admitted stealing a mobile phone and personal items from a car parked in a car park in Nenagh.

The men told gardai when interviewed that they sold the cosmetics at knockdown prices to markets in Dublin city centre.

He said it was clear from victim impact statements that the offences had a profound and negative impact on the proprietors of the premises and staff and afterwards they were all concerned and nervous.

He said one could not but have sympathy for “all these decent hardworking people who are trying to earn a legitimate living and they're subjected to this type of nasty crime”.

The courts were obliged to protect such businesses and send out a clear message that the perpetrators would suffer a significant sanction.

He noted that most of the businesses were covered by insurance but their premiums were going to go up.

“And the cost of dealing with these claims is levied on everybody who pay their taxes and their insurance premiums so there's a cost to society”.

He also noted that the owner of the car in Nenagh had lost many photographs and mementoes of sentimental value and that was very hurtful to her and difficult for her.

The perfumes stolen from a pharmacy in the town of Longford had a cost price of nearly €12,000 but would have had a retail value of nearly €22,000, the court heard.

The total value of goods and cash stolen from a pharmacy in Cahir, Co Tipperary was over €35,000 while pharmacies in Enfield and the town of Roscommon were at a loss of nearly €11,000 in stock each and the cost price of stock stolen from a similar business in Dungarvan was over €28,000.

The court heard with the exception of €100 worth of sunglasses taken from one pharmacy in Enniscorthy, nothing was recovered.

The men were captured on CCTV wearing masks and gloves during the raids but in a couple of instances they were recorded looking at premises the day before the burglaries.

They were also linked with a car used in a number of the burglaries and when arrested in July last year they made admissions.

The men had previous convictions in Spain and both have been in custody in Ireland since July 9 last year.

Judge Johnson backdated the sentences to that date and the suspension of the final two years was conditional on them entering a peace bond for 15 years and leaving Ireland within seven days of their release from prison.