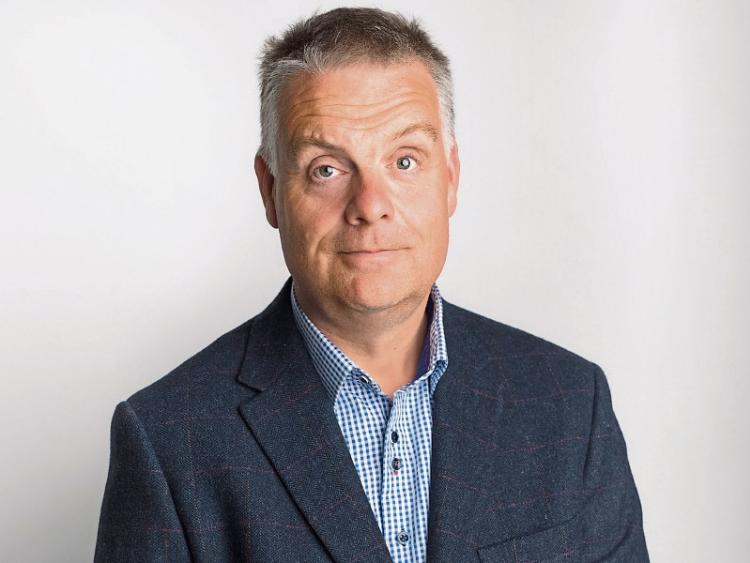 Sean Eacrett is an Auctioneer based in Ballybrittas. He auctions full or part house clearances as well as individual items from Vendors.

He values for individuals as well as for probate and insurance.

It is a family business involving his wife Sinéad, his daughter Kate and his mother Merle. He also relies on a core team of committed personnel.

Sean grew up on a small farm. “I helped with seasonal chores and where I learnt to drive in the fields from a very young age, first on a tractor and then driving a cut down Opel Record, which we used to transport hay and straw in, a good grounding for when I took my driving test,” says Sean.

“ I left school at 16 as I was offered a cabinet makers apprenticeship with Billy Dann.

“Carpentry was in the family as my grandfather, uncle and my father were all carpenters.

“I worked there for three years and then, with a friend I made in Dann’s in Tullamore, we went to Dublin and finished our apprenticeship there.

“We then set up a restoration business and also an Antique shop on Francis Street in Dublin.

“ After spending 19 years in Francis Street I met my wife, Sinéad.

“We decided that we preferred country living so came back to my home in Laois and built a house there.

“Three children later life is great in the country and I would not change it for the city for all the money in the world.

How did you get into the business?

“When the recession came people held back from buying antiques or getting furniture restored so I needed to find an alternative and auctions seemed a good step as I had so much experience with the value of antiques and could put this to good use when valuing items for auction.

“I started in November 2005 and the business quickly grew.

“We were the first auction house in Ireland to use online ‘live bidding’ auctions as I could see that this was the way to go and it has proved me right as most Irish auction houses use this method now.”

In 2016 Sean Eacrett Auctions moved to Ballybrittas village from its base just up the road.

Sean has held some huge auctions since then to include The

“The ‘Into The Badlands’ Auction will be the biggest auction ever in Ireland where we will be using three live providers to bid on line. We hope you all enjoy the experience,” he said.

Sean's advice is to buy antiques now. “They have never been as reasonable, even if you have to store them. What do you collect and why I collect Art.

What do you collect and why I collect Art

“When I was a dealer I was offered a complete clearance in the North. There was a wide range of furniture books and paintings.

“In it was a small half painted picture by Walter Frederick Osborne. It was of a young boy sitting looking at a dog.

“These pictures were sometimes done by the artist in pencil/ink and just the focal point highlighted to see what the actual picture would look like.

What is your favourite work of art.

I don’t have any but I do like the work of the Old Masters. I also love to spend as much time as I can in the Musée d’Orsay when in Paris.