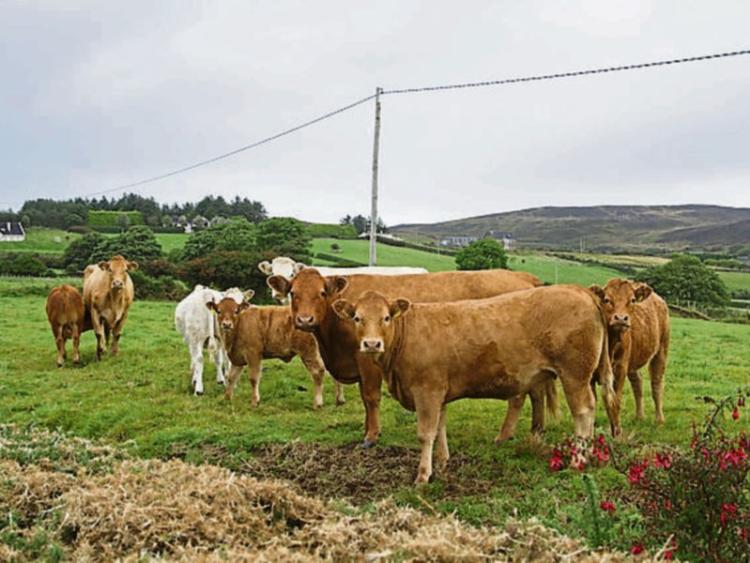 The average family farm income rose by 2% in Ireland in 2019, according to a new report by Teagasc.

A combination of factors were responsible for the increase in income in 2019, which averaged €23,933. Better weather made for good production conditions in 2019, but lower output prices were experienced in some sectors.

The results are published in the Teagasc National Farm Survey 2019 and are representative of over 90,000 farms in Ireland.

Due to the extreme weather experienced in 2018, farmers incurred a large increase in production costs.

However, weather conditions in Ireland were more favourable for agricultural production in 2019, and this reversed much of the increase in spending on feed, fertiliser and silage making that had occurred in 2018.

These cost reduction should have been enough to boost incomes in agriculture in 2019, but market conditions led to a reduction in output prices for cattle and cereal crops in particular, with the price of milk also falling.

The difficulties in the beef market in 2019 were offset by the provision of additional support payments in the form of the Beef Exceptional Aid Measure (BEAM), while payments under the Beef Environmental Efficiency Programme (BEEP) also supported some beef farmer incomes.

The BEAM payment made in 2019 in particular supported the incomes on eligible participating beef farms, and also supported incomes on qualifying sheep and tillage farms with a cattle enterprise.

The Dairy system experienced the largest cost reduction in 2019, and coupled with a further increase in milk output volume, produced an average income of €66,570 in 2019, an increase of 9% on the 2018 level.

This increase in income occurred in spite of a fall in milk prices of 3 per cent last year.

For the Cattle Rearing system, which comprises farms that are mainly specialised in suckler beef production, the benefit of lower production costs in 2019 was partially offset by lower cattle prices.

However, the receipt of BEAM support on those farms participating in the scheme, combined with lower costs of production, produced an average income of €9,188 in 2019, an increase of 11% on the 2018 level.

In the ‘Cattle Other’ system, which are mainly beef finishing farms, but also includes farms selling store cattle, production costs also fell in 2019.

However, finished cattle prices were significantly lower in 2019 and this lower price environment more than offset the positive impact of lower costs of production.

Despite the provision of additional income support to beef farmers via the BEAM, the ineligibility of store cattle for support and the decisions of some cattle finishers not to participate in the BEAM scheme, produced an average income of €13,893 in 2019, a decrease of 6% on the 2018 level.

The fall in Irish cattle prices in 2019, reflected a number of issues, including an increase in Irish cattle supplies, and weaker demand for beef in both EU and UK export markets.

The decline in the value of sterling versus the euro, driven by concerns over the economic impact of Brexit, also weakened the cattle prices received by Irish beef farmers.

The Sheep system benefitted from lower production costs in 2019 and did not experience as large a fall in output prices in 2019 as was experienced by beef finishers.

Many Sheep farms with cattle also qualified for support under the BEAM, which added support to the incomes of those that chose to participate.

Collectively, lower costs of production and BEAM receipts in 2019 were sufficient to offset lower output prices and produced an average income of €14,604 in 2019, an increase of 9% on the 2018 level.

The Tillage system saw much improved production conditions in 2019, which led to higher crop yields.

In contrast to other sectors, production costs on tillage farms increased in 2019.

However, the biggest factor affecting incomes on tillage farms in 2019 was the large drop in cereal prices.

Lower prices in 2019 wiped out the benefit of increased crop yields.

Some tillage farms qualified for support under the BEAM measure, but even so, the average income on tillage farms fell by 15% in 2019 to €34,437.