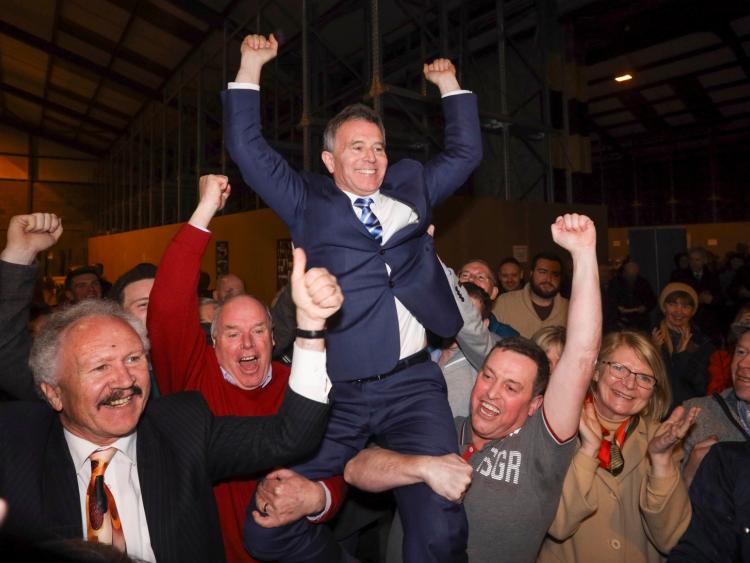 Laois Offaly may have lost a Minister but has the constituency has a second Minister of State in the shape of Seán Fleming following the reshuffle needed as part of the sacking of his constituency colleague Barry Cowen.

Dep Fleming is the new Minister of State at the Department of Finance. He will have responsibility for financial services, credit unions and the thorny issue of insurance.

Minister of State Fleming was born in The Swan, Co. Laois in 1958 and now lives in Castletown with his wife Mary. He has a Bachelor of Commerce Degree and is a Chartered Accountant.

He was first elected as a Fianna Fáil TD to Dáil Eireann for Laois/Offaly in 1997. He was also elected a member of Laois County Council in 1999 and served there for over four years. He topped the poll at the 2016 General Election when Laois was a three-seat constituency.

He chaired the powerful Dáil Public Accounts Committee during the lifetime of the last Dál and was previously the Fianna Fáil Spokesperson on Public Expenditure and Reform.

Deputy Fleming is one of two Minster of States in Government based in Laois Offaly. Senator Pippa Hackett remains in her post as Minister of State at the Department of Agriculture.

His appointment comes about as a result of Deputy Cowen being sacked. He has been replaced by Mayo TD Dara Calleary as the Minister for Agriculture.

Micheál Martin made the announcements in the Dáil on Wednesday morning July 15 after sacking Deputy Cowen on Tuesday evening.

Mr Martin also claimed that he told the Dep Cowen that his refusal to answer questions over the drink driving matters was 'untenable'.

Minister of State Calleary will be replaced as Government Chief Whip by Jack Chambers.

Dara Calleary has been announced as the new Minister for Agriculture, Food and Marine, while Jack Chambers is to be appointed as Chief Whip, following the sacking of Barry Cowen last night | Follow live updates: https://t.co/FFbJLCPwxa pic.twitter.com/KSvNSShIkV