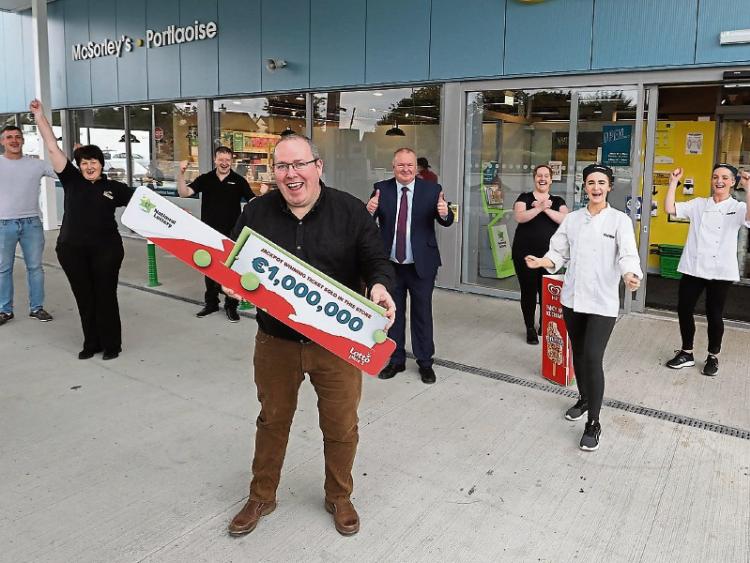 The €1 million won in the Lotto after the winning ticket was bought in Portlaoise could be staying in the county and arrive here by post.

A National Lottery spokesperson confirmed that a winner, who lives in Laois, has come forward.

The lucky winner has yet to claim the prize and the Lottery would not confirm the player's identity.

It is also likely that they will be paid via a cheque in the post. The Lotto said that Normally, any prize exceeding €15,000 (or €10,000 for online winners) requires winners to come to National Lottery HQ on Abbey St in Dublin to claim their prize.

PLI (Premier Lotteries Ireland), in agreement with the Office of the Regulator of the National Lottery, has addressed this by agreeing to temporarily amend the National Lottery licence and the game rules to allow such winners to avail of an approved postal claims process following rigorous verification checks.

The play has yet to tell the Lotto if they want to go public but the Lotto the vast majority of winning players not opt to remain private.

The win was also a milestone for the new McSorley's Centra which sold the winning ticket in a recent Lotto Plus 1  draw. The shop only officially opened its' doors to customers on July 1 and just 11 days later they had their first Lotto millionaire.