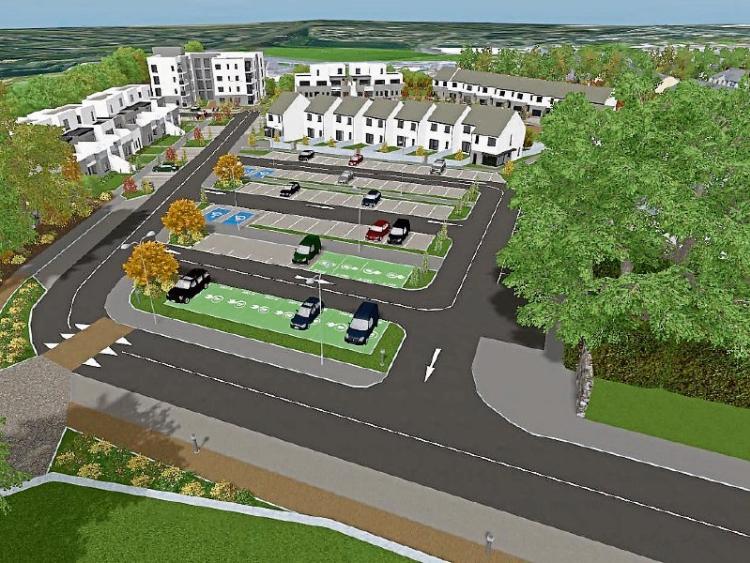 County councillors have given the green light to ambitious plans for public housing and a new car park for train users in Portlaoise.

Councillors backed the fast track Part 8 planning process to construct 67 houses and apartments and a carpark aimed at rail commuters.

The five acre site bordering the south of the station was formerly CBS school land at Tower Hill.

The development will include a 94 space public carpark including 12 electric car charging points and four bike shelters.

It was approved by Cllr Thomasina Connell, seconded by Cllr John Joe Fennelly.

The Chief Executive John Mullholland thanked councillors for taking part in site visits and for their consideration of the plan.

“From the point of view of the housing list and urban regeneration it is a sign of progress for Portlaoise. Added to the convent project it will mean 120 homes, particularly for the two bedroom cohort. They will serve Portlaoise for a number of generations. It promotes sustainable travel through the use of the train station and bike shelters, and it will be done to a high standard. I also thank residents for their contribution,” Mr Mulholland said.

Next comes gaining agreements to get to construction.

“We go back now to the owner of the site and to Clúid to draft an agreement, so we can begin to plan the construction phase,” he said.

Cllr Catherine Fitzgerald said the town was “crying out for more train parking for a long time”.

“Laois County Council will have full control over prices,” she noted.

Answering a query by Cllr Willie Aird, council director Joe Delaney said the mature trees and the wall at the site will be retained as far as possible to accommodate site access and visibilty into the carpark.

The homes will be funded by the government’s CALF scheme, which gives loans to approved housing bodies to build social housing.