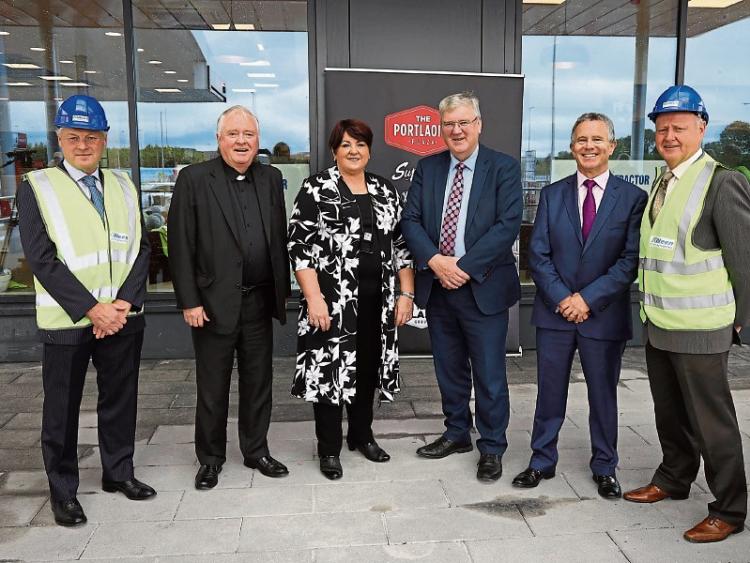 Jobs had to be the number one priority for Laois, Minister of State Sean Fleming said at the opening of the Portlaoise Plaza on Monday morning last.

Announcing the 120 jobs at the Plaza on Monday morning, Minister Fleming cited the many positives of Laois as a place to locate and do business in, including its geographic location and its low cost operating environment.

He acknowledged the work of Laois County Council and Supermac's in acquiring the site at Togher and paid tribute to Council CEO, John Mulholland for his focus on jobs and enterprise for the county.

“The investment in the locality is a positive development for the region and showcases the benefits of locating in the regions outside Dublin where there is access to an educated, skilled workforce, lower operating costs, and higher staff retention rates” he stressed.

“I would like to commend Pat and Úna on the Plaza and their continued support and positivity in bringing jobs to local communities, during these difficult times.

“The vote of confidence is encouraging and strengthens the agri sector, food producers and hospitality services in the area.

“The project is an example of the positivity that is emanating from the great work that is being done to promote the region as a place to work, live and visit.”

Minister Fleming noted that Supermac's had been in Portlaoise for 25 years, and he now noted the presence of the Supermac's Group in the county at three key locations, including the Killeshin Hotel and Manor Stone.

He also paid tribute to Killeen Civil Engineering and their pivotal role as the contractors for the Plaza, and noted the presence of his old school friend, Michael Killeen.

Minister Fleming also noted that Mr McDonagh had pulled one over the county when it was mooted that the Plaza might be called the “Queen's County Plaza.”

When I heard that did I go mad. I couldn't believe it.

“That, Pat would be like us going to Galway and calling it Lord Trevelyan's plaza,” joked Minister Fleming.

The Chairperson of Laois County Council, Catherine Fitzgerald welcomed the opening of the Plaza and thanked Pat and Una McDonagh for the support.