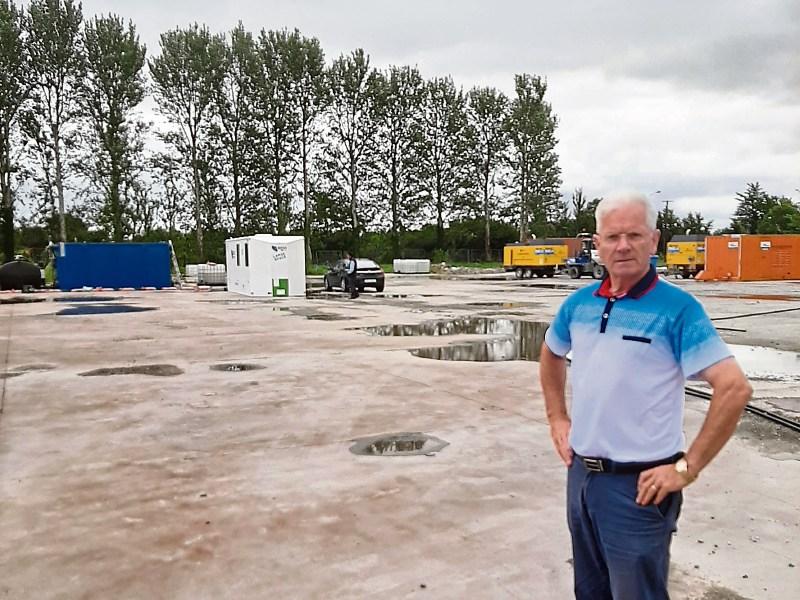 Work is finally underway to clean up pollution at the former Avon Cosmetics factory in Portarlington nearly 20 years after chemicals were found under the plant soon after it closed.

The Environmental Protection Agency (EPA) says that while the groundwater has been found to be safe, essential remediation work will have to proceed accordingly.

The agency did not put a timeframe on the project but Cllr Aidan Mullins expects the work will take years.

The EPA gave an update on the situation to the Leinster Express.

“The EPA is pleased to see works commencing after a long planning process and is satisfied that works will be carried out in a thorough manner and will lead to a good environmental outcome.

“There are no known groundwater abstractions downgradient of the site and the water quality of the River Barrow has not been affected. However, the contamination at depth exceeds environmental standards.

“The aim of the remedial action is to bring the site into compliance with the Water Framework Directive and Groundwater Regulations while ensuring protection of human health.

“The EPA has persisted in its efforts to get this site remediated since the factory closed and will continue to monitor the progress of remediation to a successful conclusion,” said the EPA.

The statement was issued after Cllr Aidan Mullins welcomed the commencement of the work.

“I have been pressing the county council for some time in an effort to have the site of the former Avon factory on Canal Road in Portarlington acquired for community use,” he said.

Cllr Mullins said he had raised it with the local authority through the Portarlington Graiguecullen Municipal District last May where he said he requested that the Council engage with the Environmental Protection Agency (EPA) over the environmental concerns on site.

“In addition I have been in direct contact with the EPA to get them involved as the Government agency responsible.

“Most recently I spoke with the EPA official dealing with the case and she confirmed that they have engaged the services of a contractor to carry out testing on the site. This work has now commenced and drilling will commence at a number of locations on site and in the adjacent field over the coming weeks.

“The EPA informed me that there is contamination of the ground down to the bedrock at a depth of 20 to 40 metres by a toxic substance called TCE or trichloroethylene. This is a toxic organic compound commonly used as an industrial solvent and was widely used in the Avon plant.

“The first phase of these tests will take up to 18 months and it could take a number of years to fully decontaminate the site. The EPA says it hopes to do this in situ without having to remove soil off site. They will inject a particular substance into the ground to degrade the TCE and add bacteria to further assist the process. Thankfully, the costs incurred are covered by an insurance policy held by the former owner.

“I don’t understand why it should have taken so long to get to this point as the site has been vacant for years. Hopefully the EPA can now finally resolve the issue as a prime site like this should not be idle,” he said.