Puppies seized from driver and impounded by Laois Gardaí 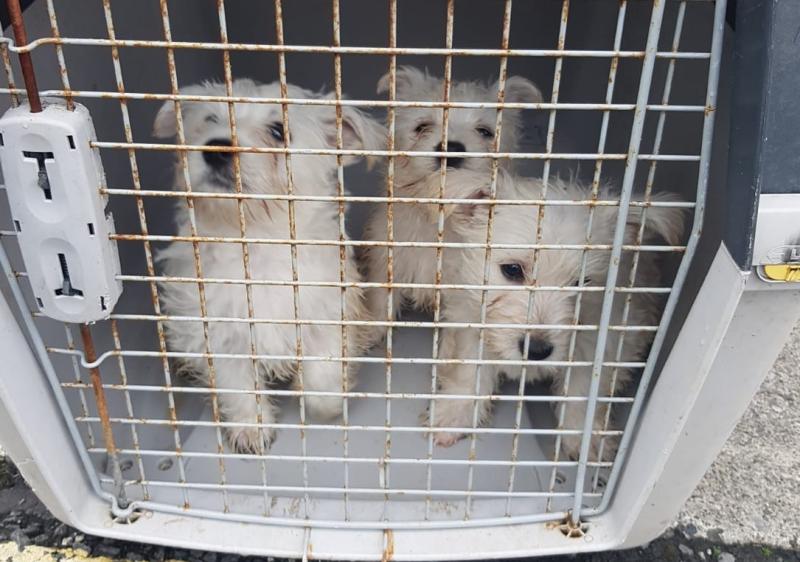 Three little puppies have been seized and taken to Laois dog pound after Gardaí discovered them during a traffic stop.

The white pups were in a pet carrier in a car that was stopped in Abbeyleix this Thursday September 3.

"Our colleagues in Abbeyleix stopped a car and found these 3 puppies. They were found in the car following a routine traffic stop. The incident is under investigation and the pups are in the care of Laois Dog Warden."

Since announcing the seizure, the Gardaí have received lots of Facebook messages from people asking to take the pups.

They have given a definite no to those requests.

"UPDATE: We are receiving private messages to our page requesting information regarding rehoming these dogs. Post clearly states matter is under investigation and pups are in good care of local service. We will not engage with any queries regarding rehoming. Thank you."