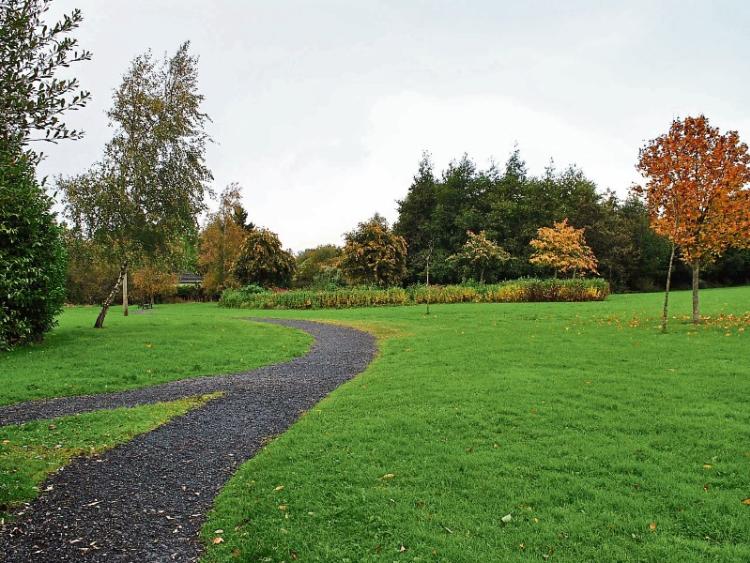 The People's Park in Portlaoise

People living beside a Laois town park are being kept awake and made fearful by nighttime “anti-social behaviour problems” a councillor has said.

The People’s Park on the Timahoe Road in Portlaoise borders maisonettes for older people, as well as several housing estates including The Downs on the Stradbally Road.

“It is a pity. It is a lovely park with paths and a fairy garden. It’s a pity that a few are spoiling it. If you live there at night, there is constant noise. People are getting worried that people will come into their garden,” she said.

“I understand that it is very difficult for the council or Gardaí to police a big park but I’ve got complaints from residents of the Timahoe Road, elderly people in maisonettes and residents in The Downs. Hopefully coming into winter that won’t happen in the evening. I appreciate any gap you can fill on the Downs lane, people are being kept awake at night , they are nervous,” she said.

She tabled a motion to the September meeting of Portlaoise Municipal District. It was supported by the Cathaoirleach Cllr Thomasina Connell.

“People say that in the early evening people are drinking cans. I have friends with children who were shouted at by people. There is no natural security there, you can’t really see in because it is bordered by houses,” Cllr Connell said.

She suggests that more people report any issues they experience, and that the council erect signs with a number people can text to report issues when they see them.

A lengthy reply was given by senior engineer Wes Wilkinson, which detailed the number of complaints recorded.

He said that since the start of 2020, there were five calls to Gardaí and only one complaint to the Portlaoise MD office.

“Laois County Council staff have not experienced antisocial behaviour on a regular basis during working hours.

“The office will engage with the Gardaí over the coming weeks to determine if any additional measures can be put in place to address potential anti-social behaviour out of hours or late at night,” Mr Wilkinson said.

He said trees will be trimmed to open up vistas to improve security.