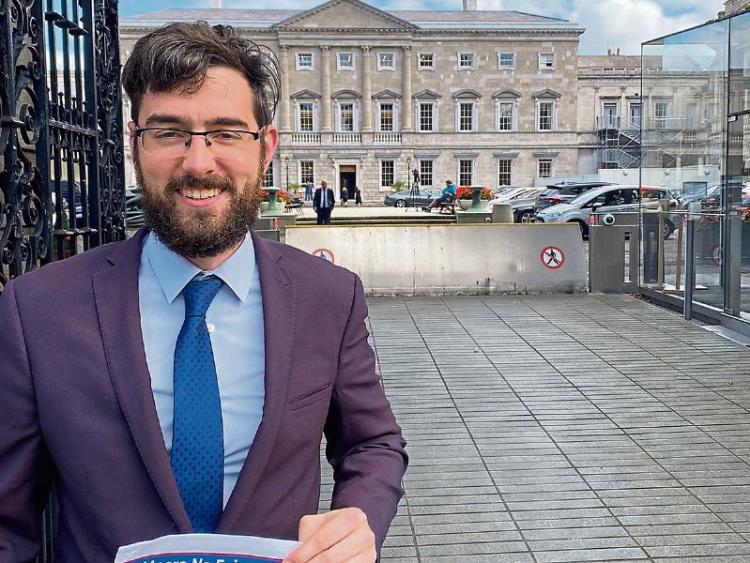 Macra na Feirme has laid out their priorities for Budget 2021 which will lead directly to a stronger more progressive agricultural sector and a more resilient rural environment for young people to live and work.

The focus is on both taxation and funding measures that will yield the greatest returns for both young farmer income, rural job opportunities and the environment.

“The Government needs to step up and show their support for young people in rural Ireland.

“Young farmers need the opportunity to establish themselves without large debt and young people need to be able to work and contribute to the local economy” President Thomas Duffy said at the launch.

The proposals include both important changes to existing measures such as changes to tax exemption on the leasing of farmland to family members under the age of 30 along with a continuation of consanguinity relief to 2025.

New measures include a dedicated debt mediation service for farmers and VAT exemptions on safety equipment and sexed semen to stimulate practice change.

“Farming is at a difficult time, there are a lot of big asks on us as farmers.

“We need to see creative ideas used to achieve those asks.

Proposals around rural transport and infrastructure are front and centre in Macra’s proposal to revitalise rural Ireland and its economy.

Macra has called on the government to make free travel available for under 25s to reduce financial pressure of car ownership on rural young people and to address Irelands’ transport emissions.

"Rural young people are being left behind in the move to work from home and when they need to access public transport services, they simply aren’t available.

These issues are widening the rural/urban divide and the government need to address this in Budget 2021" said Shane Quigley, Macra’s Rural Youth Committee Chairperson.

On social aspects Macra have also highlighted the lack of provision of services in mental health care and in addressing the rural drugs crisis.

“The success of the Make the Moove Programme in Tipperary is a model Macra is calling on the government to fund especially considering the rise in suicides amongst rural young people.

“Covid has taught us many lessons, not least that the impossible is very possible. Funds have appeared that can now be better used to make real change and provide a future for rural Ireland but only if the government acts now” President Duffy stated.

Meanwhile, Macra met recently with the Ministerial team in the Department of Agriculture to highlight issues of importance to young farmers.

The Government recently announced a €15m fund to bridge the digital divide amongst 3rd level students during COVID. Unfortunately, agricultural students and colleges have been excluded from this programme. Recently, the government announced that some of this €15m fund had been used to mass purchase 17,000 laptops for students in universities and institutes of technology.

Macra na Feirme have called upon Minister McConalogue and the Department to make the necessary funds available to support agricultural students in equal measure to other students across the 3rd level network.”

For new entrants to farming, the Macra na Feirme President said that “we highlighted the need to ensure that a National Reserve for Young Farmers is created for the coming year. Every year, having a National Reserve Scheme for young farmers is an encouragement for new entrants to farming. It is crucial that the Department open the scheme for 2021.”