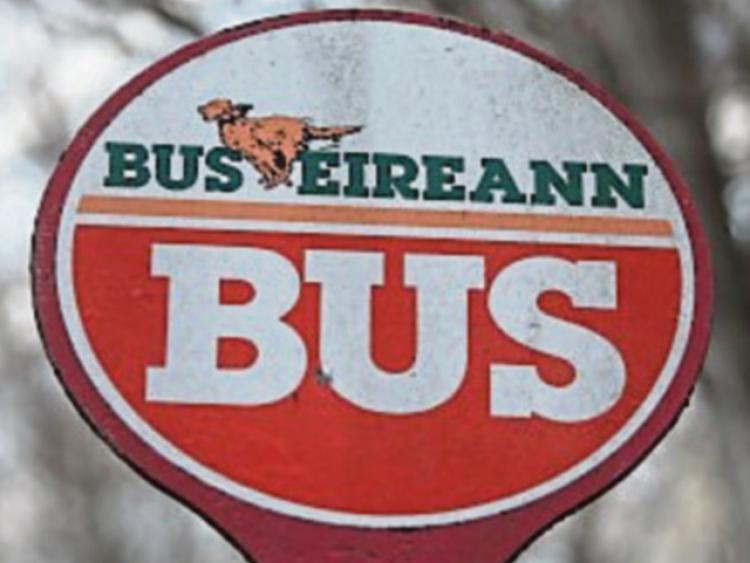 There is "shock and disappointment" in Laois at the news that Bus Eíreann will end its Expressway services from Dublin to Galway, Limerick and Cork from next year.

The services will end when the emergency supports for the routes expire which is expected to happen early next year.

It is a further blow to bus services for Laois residents. In 2019 JJ Kavanaghs withdrew its Portlaoise to Roscrea service, affecting residents of Mountrath, Borris-in-Ossory and Castletown.

Cllr Conor Bergin says he is shocked and disappointed with the latest news announced this Monday September 28.

"I am extremely shocked and disappointed with today’s reports in the media that Bus Eireann will end their X12 bus service from Dublin-Limerick, which serves people in County Laois.

"Borris-In-Ossory, Castletown & Mountrath were already bypassed by Bus Eireann who withdrew the X12 service in 2014, to take the M7 motorway directly from Portlaoise to Roscrea.

"This decision will leave County Laois with no Bus Eireann intercity services.

"This is a very serious issue which I intend to raise with both Minister for Transport, Eamon Ryan TD and the National Transport Authority, who authorise any such changes to the routes.

"As a semi-state company, Bus Eireann have a public service obligation to serve communities who depend on vital bus services for transport to college, work and hospital appointments. Notwithstanding the current difficulties with the COVID-19 pandemic, if these services are withdrawn, they will be withdrawn permanently from County Laois.

"Rural communities and regional towns like Portlaoise need proper & frequent bus services and this is an issue which I will continue to fight for with the relevant authorities," Cllr Bergin said.

According to a report, published by the Irish Times this Monday, Bus Éireann is not planning any job losses as a result of the route closures.

Instead, it is planning an expansion of its city operations in Limerick, Cork, Galway and Waterford.

The Limerick to Galway X51 service, which was suspended over the summer, will not be reinstated as part of the cost-cutting measures although non-expressway services will continue.

Severe financial pressures - which have been exacerbated by the ongoing public health crisis - have led the state-owned transport authority to consider ending high-cost, low-return services.

Since March, capacity has been limited to 50% on public transport.

Confirming the closure of a number of Expressway serving Dublin, the board of Bus Éireann says it took the decision to end these commercial services, which it says are losing money, in order to protect the core Public Service Obligation routes.

It says this decision will not result in the loss of any jobs as drivers are needed for other services.