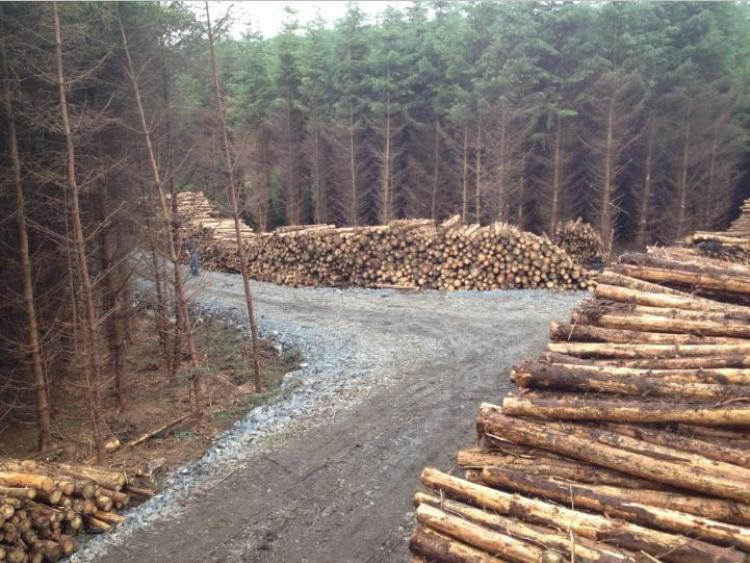 The Laois Offaly based Minister who has responsibility for forestry insists she act 'swiftly' in the face of claims that families are worried about their livelihoods due to what has been called a supply crisis.

Green Party senator, Pippa Hackett, is Minister of State at the Department of Agriculture. She moved a new bill through the Dáil this week which met with stiff opposition.

She acknowledged that jobs are going in what is a crisis but she insists what she has done is the correct action.

“I moved swiftly to get this bill implemented because this is a crisis. There is so much at stake. Saplings are being destroyed, landowners can’t get licences, sawmills are ceasing to function, workers are being laid off.

“I have long-term plans to increase the amount of land under sustainable forestry, but the appeals process had become unmanageable and needed to be made fit-for-purpose

“The Forestry Bill is designed to speed up the appeals process with more people hearing appeals. However, the right to appeal is still protected. I removed the provision that only ‘relevant’ people can make objections and I declined amendments seeking to put a time limit on appeals,” she said.

However, Dep Stanley, who is Laois-Offaly TD and Chair of the Public Accounts Committee, has called for urgent caation to address the crisis in the forestry and timer industry. He spoke in the Dáil chamber where Minister Hackett came under attack over the Forestry (Miscellaneous Provisions) Bill 2020.

“There is a crisis in the forestry sector, and it needs to be urgently addressed. This is an industry in which thousands of jobs are at risk in rural areas where there is little or no alternative employment.

“There are almost 800 workers in Laois and Offaly alone who are reliant upon this industry through forestry, timber production and sawmills. Some of these workers are already on short time.

“This crisis is very real for the likes of Coolrain Sawmills, Sheerans in Mountrath and the Portlaoise Sawmill where families are very worried. Supplies of wood are reaching a critical point, to supply construction and biofuel industries. Portlaoise Sawmill has already scaled back production of wood pellets and can’t meet demand. Right now, only around 25% of what is needed in the supply chain is being approved due to the licenses backlog.

“It has got to the point where we are now importing timber into Ireland to meet demand. Alarmingly, I’ve been informed that a case of timber imported from Germany was contaminated by Bark Beetle. This is an insect that led to 32 million cubic metres of German timber having to be disposed of in 2019. We cannot allow for such an incident to occur in Ireland. We need to reduce importing timber and allow our own industry to get back to work.

“We support the substance of the government's bill but will be submitting a number of amendments aimed at dealing with the bottlenecks in granting licenses and to make the appeals system work more efficiently. We support the proposal for a modest fee to lodge appeals or submissions on the granting of licenses, but it must be capped at a reasonable amount.

“The Forestry Appeals Committee must also be adequately resourced to clear the backlog and to allow it deal with licenses a lot quicker. Legislation will be worthless if this doesn’t happen," he said.

Dep Stanley called for a new forestry policy to increase the amount of broadleaf trees, to improvise biodiversity, and to promote on farm forestry.