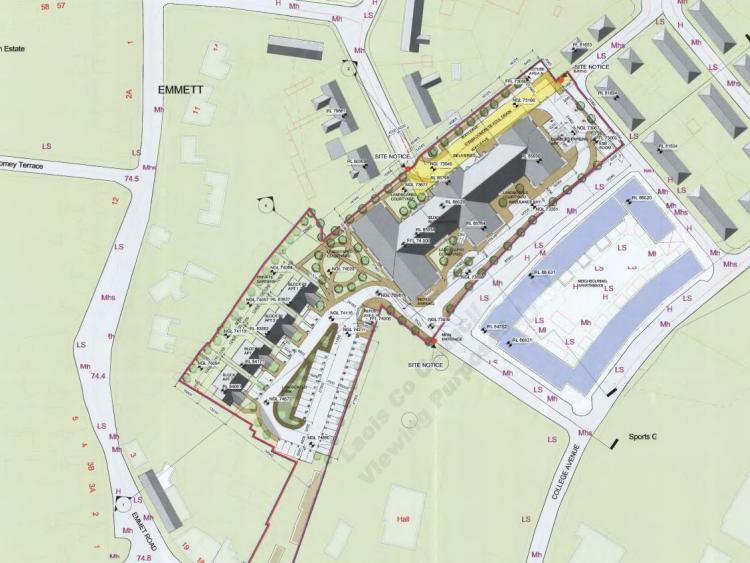 Planning permission has been granted for a large new nursing home business in a Laois town centre.

Laois County Council planning have approved an application to build a 62 bedroom two-storey nursing home along with 8 two storey step down apartment units, on a site behind the main street in Mountmellick.

The applicant is Rocktop Asset Management.

Permission was first sought in July 2019, and the council had sought additional information on a range of issues that September, including access, traffic safety, and how the concerns of neighbours to the site were to be addressed. The information was supplied a year later in September 2020.

The main entrance is proposed off the College Avenue entrance road, with a second entrance from Davin Park that the developer says will only be used for deliveries and emergency access.

Three submissions from residents were received about the application. Read here.  Changes to the plan include rearranging its design so a recreational open space for the College Avenue remains intact, while windows in the nursing home will now have louvred wooden slats to minimise overlooking of a neighbouring house.

The development will be the first private nursing home built in Mountmellick, which already has the HSE’s largest community nursing unit in Laois at St Vincent’s hospital.