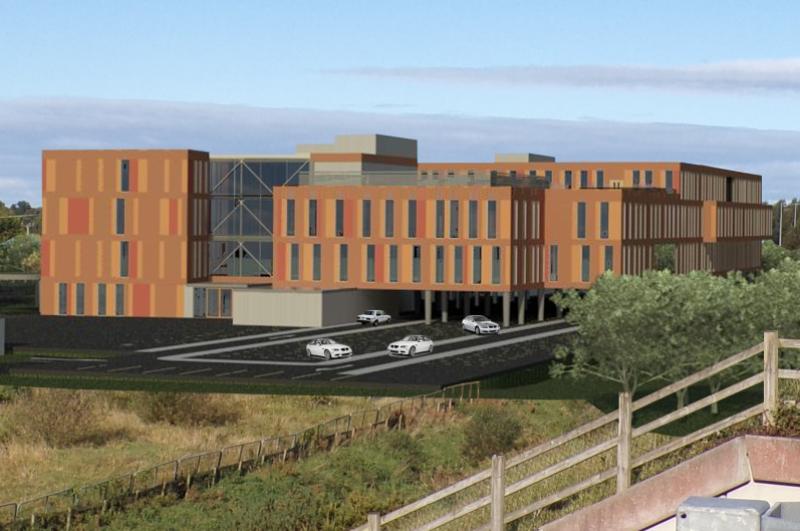 Ambitious plans have been unveiled for the steel skeleton of what was supposed to have been private hospital outside Tullamore.

John Flanagan Developments has announced that it will lodge a planning application for a nursing home/rehabilitation and step down facility this week on the site known locally as Wellwood Health Park. The site is located immediately off the town N52 by-pass near the N80 roundabout.

Designed by Tullamore firm, Axis Architects and Fearon O’Neill Rooney structural engineers who were also the original engineers on the private hospital project.

The project is designed to use the existing steel frame structure. The facility will have 244 bedrooms in a 14,000 m2 building and on a five-acre site will cost circa €36m to develop and employ circa 270 persons across all shifts .

John Flanagan Developments originally planned a private hospital on this site back in 2007. It did not proceed due to the global economic crash despite huge interest from leading medical operators from around Europe.

The developers say the new project makes sense because of the shortage of nursing home and hospital beds.

John Flanagan Developments claim to be in contact with numerous interested operators via their agents who see the potential of the facility due to, scale, proximity of the development to the the Midland Regional Hospital Tullamore, its location off the N52 and the location of Tullamore town centre nearby.