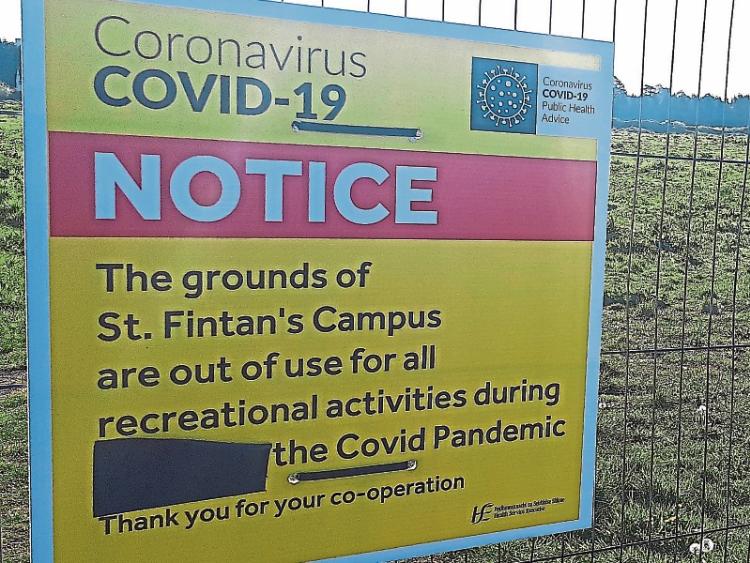 The new lockdown will mean nothing new to people around Laois who councillors claimed this week have been cocooning since the first severe Covid-19 restrictions were imposed in March.

The restrictions have also had an impact on working people and could have a detrimental effect on college students due to the lack of social contact.

A number of Laois county councillors claimed that many people have been left isolated due to the virus.

“I've spoken to many people. They are very depressed. They can't get out whether it is going to that mart or the match. People are not used to it,” said Cllr Willie Aird.

“A whole week can go by and they might be lucky to get a letter and meet the postman. Other than that they are seeing nobody.

Cllr Caroline Dwane Stanley said the elderly have been the most affected in the community by the pandemic.

She said there was a small fund available at the start of the pandemic to help elderly people buy devices to keep them in touch with family and others but this has since dried up after it was inundated with applications.

“We must remember that some of the elderly people are still cocooning since March and we are heading back into a second round of the Covid-19 restrictions.

“It is very important that they are able to communicate with people on the outside,” she said.

Meanwhile, Cllr Padraig Fleming was concerned that people have missed the social interaction of the office.

As for students in third level, he said they are missing on the opportunity to make friends.

“A lot of the social interaction and development is going to be lost. It is not good,” he said.

The councillors were speaking during a discussion following a presentation on the new Laois Digital Strategy.