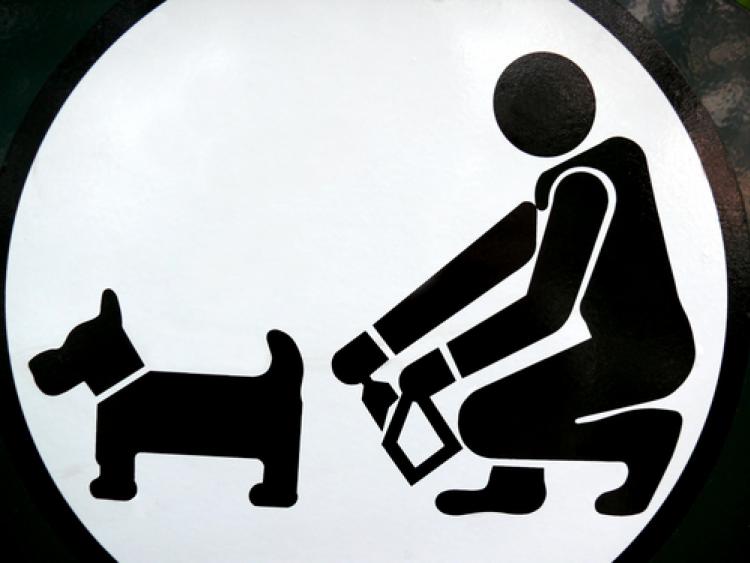 Cllr Noel Tuohy has called for a pilot scheme to place dog foul bins on popular walking routes around his town.

"Portlaoise is brilliant now for cycle lanes but dogs don't cycle. I never go for a walk but I meet someone with a dog who tells me they have nowhere to put their bag," he said.

He tabled a motion to the November meeting of Portlaoise Municipal District, and was seconded by the Cathaoirleach Cllr Thomasina Connell.

"I have a dog and sometimes you do end up in a crappy situation. Every night dog walkers are out at the leisure centre, the Borris road and the Dublin road," she said, asking for bins in those areas.

Laois County Council's area engineer Wes Wilkinson read out a reply from Ann Carroll of the council's Environment section. She said that they are working with Portlaoise Tidy Towns to place 'mutt mitt' dog bag dispensers, as have been placed in other Laois towns. Five dispensers have been given to the Portlaoise group who are now deciding on locations.

"Laois County Council promotes an 'any bag any bin' philosophy and encourages dog walkers to dispose of dog waste to the normal litter bins or to bring it home and dispose of it in their own household waste," Ms Carroll said.

She added that their staff have bought dog fouling stencils that will be spray painted on paths to remind dog owners that they face a €150 fine if they fail to clean up after their dog.

Mr Wilkinson said that the sustainable solution is to collect the waste in a bag and bring it to a bin, rather than adding more bins outside the town centre.

Cllr Catherine Fitzgerald supports the call for extra bins however.

"We have to have a pilot programme to see how it works. Someone has to clean out those bins but I think people will be responsible. Where anyone walks on the outskirts of the town there are no bins. It gets on wheelchairs and buggies. It's not healthy," she said.

Cllr John Joe Fennelly said that they tried extra bins in his town of Abbeyleix, and people dumped household waste including "potato skins and ashes" in them, and they had to remove the bins.

However he wants Abbeyleix included on a pilot scheme.

"This comes down to owner behaviour. I walked the Main Street in Abbeyleix last night and it was just disgusting. The amount of poo on the paths was just incredible. I walk my dog, I bring my bag and I bring it home with me. It's what you are supposed to do," he said.

The Mutt Mitt scheme was piloted in Mountmellick and now Laois County Council has given dispensers to Tidy Towns groups in Abbeyleix, Ballybrittas, Ballacolla, Emo, Errill, Portlaoise and Rathdowney, with more to soon be given to other environment groups.

Below: the launch of Mutt Mitts in Mountmellick in 2019 by Laois County Council with Mountmellick Tidy Towns. Kate Cleary with Honey and Geraldine Wren, LCC Environment Section with Buster. Photo: Alf Harvey. 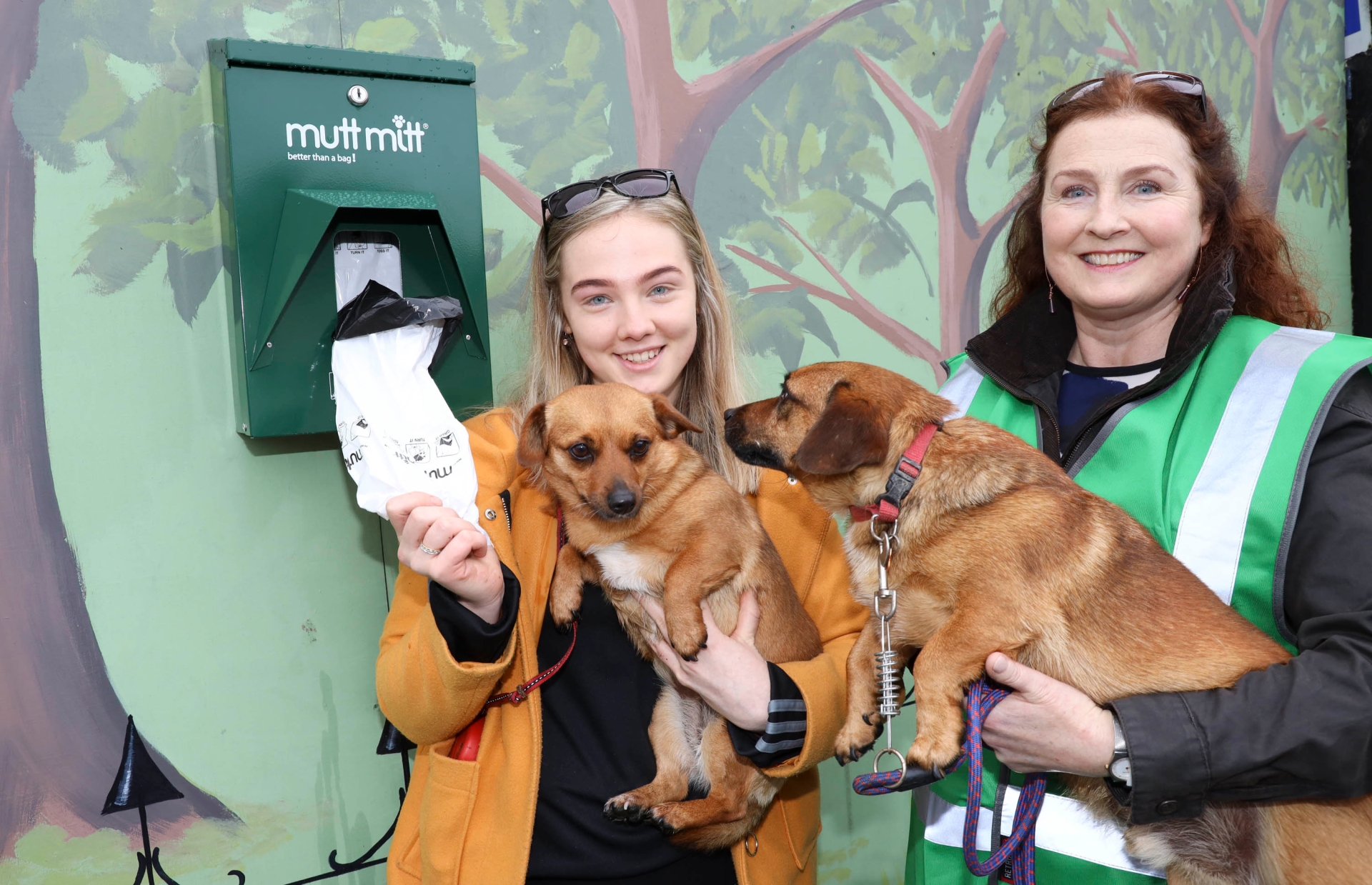