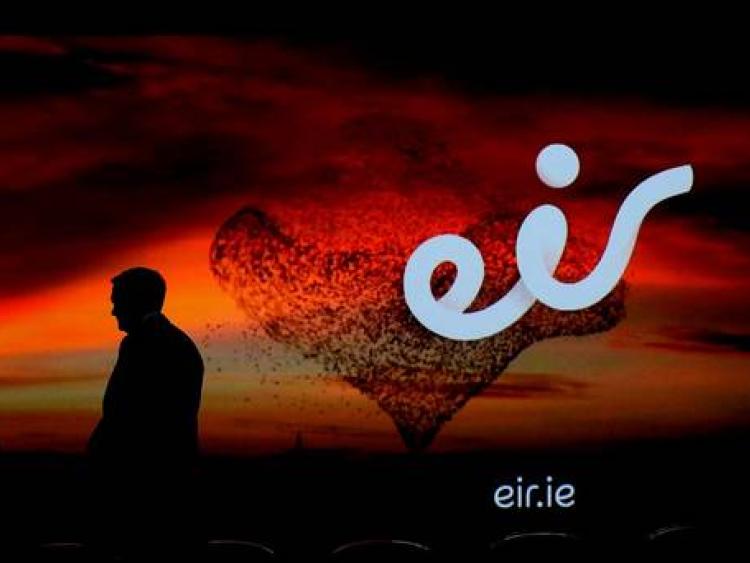 Laois Minister of State Sean Fleming has criticised Eir for their customer service and their mobile phone coverage.

Deputy Fleming has also hit out at the National Broadband Ireland company for holding a 'monopoly' that stops Eir giving broadband to customers despite having poles outside their houses.

"I have been inundated by people with complaints in respect of the totally unsatisfactory broadband service in their area.

"A major problem is that Eir does not answer their phone and many of us have spent hours-on-end trying to get through to them.  They have a recording which keeps repeating and there is nobody to talk to at the other end of the phone.  This is a disgrace for a communications company," Dep Fleming said.

He said the following about the National Broadband plan.

"The National Broadband Plan is the biggest culprit in this whole area in that the last Government signed the contract with National Broadband Ireland (NBI) giving exclusive rights to NBI to provide high speed fibre Broadband to 537,000 premises throughout the Country.  There are over 10,000 such houses and premises in Laois in this category.

"Eir is prohibited, by the contract the last Government signed, to provide a service in these areas.  This is most infuriating for people where they see the Eir pole right outside their premises with fibre broadband on the pole and because it is in an area where NBI were given an absolute monopoly, Eir is not allowed provide the services which they could do very simply if the National Broadband Plan was not in place.

"The National Broadband Plan will connect everybody to high speed broadband by 7-8 years’ time.  We all hope this time scale will be reduced dramatically and it is essential that they fund all the investment up-front to get this completed much more urgently.

"In truth some people are blaming Eir for non-delivery of broadband in their area but the fault is often because of the National Broadband Plan.

"I also want to highlight again that Eir and some other companies are providing a disgraceful mobile phone service in large areas in Co. Laois and there are several blackspots where many people cannot get a proper mobile signal either at home or in their business premises.  This is totally within Eir’s and other companies’ control to bring this up to a proper standard.  This must be done immediately.

"Finally, this is a nationwide problem and complaints about Eir and the National Broadband Plan are coming from every corner of the country and the problems in Laois are extremely severe," Dep Sean Fleming said.

An Eir spokesperson has given the following reply to his criticism.

"If the Minister know of any eir customers facing difficulties do let me know the details and we will ensure the issue is looked into straight away. Regarding mobile service, we're quite far along on a major mobile investment programme, we're investing €150M in our mobile network and just this week we made an announcement about what this investment is delivering".

That announcement refers to the fastest mobile network speed of 5G now being available to 45% of the population, in 111 towns and cities including Portlaoise.

On their waiting times for phone support, they said the following.

"Resolving care wait times is the number one priority for eir. The average wait time for care in the last week was under 10 minutes, and while this is not where it should be we are making steady progress and we wish to apologise for the delays some customers have experienced.

"The Covid-19 pandemic has made managing our call centres in Sligo, Limerick and Cork challenging, with more than 400 care agents transitioned to working from home overnight, the closure of our retail stores, and a dramatic increase in call volumes due to more households working and learning from home.

"We have been recruiting nationally since restrictions eased during the summer and we are proud to have hired 92 new recruits to our care team, with further team members joining in the weeks ahead. Hiring and training new staff safely under Covid restrictions is challenging and does take time but these changes have already led to reductions in call wait times.

"We have also introduced priority care hours in eir retail stores for elderly and vulnerable customers and for carers before 11:00 am Monday to Friday. Our digital support and social channels continue to operate as usual, and we have made additional self-service forms available on eir.ie to provide customers with answers to many frequently asked questions," eir said.

National Broadband Ireland has been asked for their response.