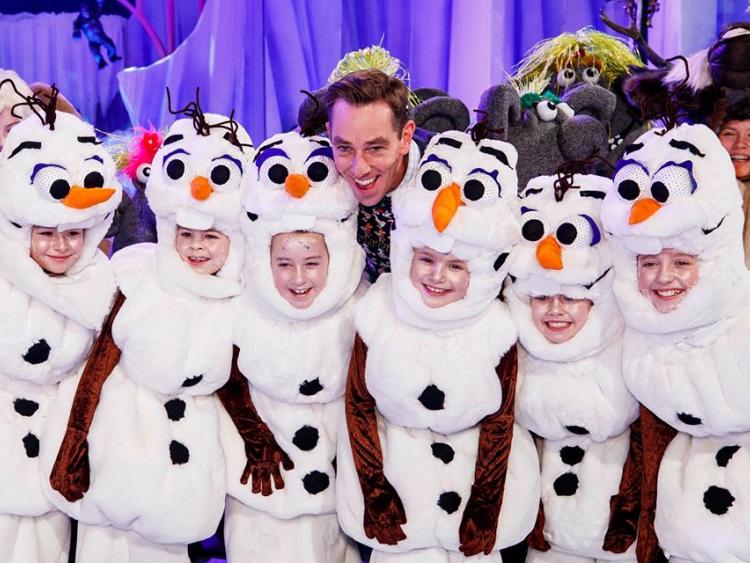 Penneys is not able to supply Late Late Show Toy Show pyjamas it promised to boys and girls in nearly 1,000 disadvantaged area schools around Ireland.

The retail giant has confirmed that it will not be delivering PJs to children in all 890 DEIS primary and secondary schools. The Leinster Express understands that none of the eligible Laois schools is receiving a donation of the garments from the retail giant.

Penneys announced on November 18 that it was 'delighted' to team up with the children's charity Barnardos to distribute the garments to children and teenagers in so-called DEIS schools around Ireland. The firm did not say that it would be selecting schools or did not state that all schools would not receive the clothing when it made the announcement. The offer was mentioned and praised at the time by Late Late Show host Ryan Tubridy on his RTÉ Radio 1 show.

Some schools in Laois had received no word or correspondence from Penneys in the week before the show being broadcast on Friday, November 27.

The company responded to a request to one Laois school this week saying it was out of stock.

"Unfortunately, all schools have now been selected and the stock has been fully allocated but we would like to thank you for taking the time to contact us," it told a school.

The Leinster Express also understands that none of the four primary schools in Laois was contacted or received an offer of garments.

There are also two big secondary schools in Laois that have DEIS status. One confirmed that it had not been contacted about the offer.

Responding initially, Penneys told the Leinster Express that the distribution of the pyjamas would be the responsibility of the Children's Charity Barnardos.

Penneys confirmed that not all schools would be getting the PJs.

"This project was a collaboration between Penneys and a number of hospitals and charity partners – Barnardos being one of them.

"Penneys donated pyjamas to Barnardos who had a direct role in deciding how to distribute them – this included distributing them to DEIS schools they regularly work directly with as well as to children who access their centres across the country. Barnardos also made pyjamas donations directly to a number of families from disadvantaged communities and have done their best to distribute them as fairly as possible across their network and this has been a big logistical exercise as you can imagine.

"There are almost 900 DEIS schools across the country and so it was never intended, nor was it promised, that every DEIS school would receive pyjamas as that would not have been logistically possible and the pyjamas simply wouldn’t have stretched that far.

"While we realise some people might be disappointed and we are sorry to hear that, we do hope it doesn’t take away from the positive intent of the initiative which was aimed to spread a little joy – ultimately 50,000 pairs of pyjamas are being delivered to disadvantaged and sick children and their families throughout the country in time for the toy show," said a statement.

The Department of Education says there were 890 DEIS schools in the 2019/20 school year. These include 692 primary schools and 198 post-primary schools.

Launched in 2005 by the DEIS (Delivering Equality of Opportunity in Schools) aims to address the educational needs of children and young people from disadvantaged communities.

The offer was publicised on social media by Penneys as follows.

Penneys is delighted to team up with Barnardos and children’s hospitals to donate its Late Late Toy Show pyjama collection to children across the country. With its 36 stores in the Republic of Ireland temporarily closed, Penneys wanted to help spread festive excitement in the lead up to the much-loved Late Late Toy Show annual broadcast.
Over 50,000 pairs of pyjamas will be distributed to children in DEIS schools across Ireland and to children who access Barnardos centres as well as direct donations to over 600 families from disadvantaged communities, all packed and coordinated by Penneys volunteers.
The official pyjama sets of Ireland’s most anticipated show will also be distributed to all children in Children’s Health Ireland (CHI) at Crumlin, Temple Street and Tallaght hospitals in time for 27th November, the night of the Late Late Toy Show. In addition, Penneys will make a donation of €5,000 to each of the three children’s hospitals via The Children’s Health Foundation Temple Street and Crumlin and The National Children’s Hospital Foundation Tallaght.