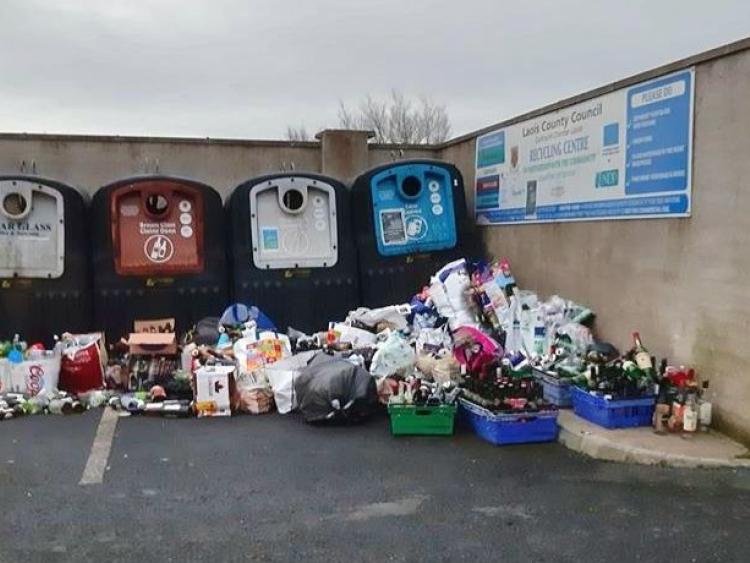 With so-called 'wet pubs' set to remain closed for the rest of 2020, the surge of people leaving their empties at bring banks in Laois is expected to continue over Christmas.

This year saw a “upsurge” in use of some 40 Bring Banks all across Laois. There were 1,563 tonnes deposited up to the end of October this year, compared to 1108 tonnes in the same period in 2019. April had the highest rate of deposits, at 205 tonnes.

The figures were given at the November meeting of Laois County Council.

The public were asked not to leave anything on the ground beside bring banks if they are full, as this may result in a litter fine.

The council has increased their rate of emptying and cleaning the bins to reflect the higher usage after complaints about illegal dumping.

Simon Walton is Director of Services.
“There was a very significant 40% increase this year and there is likely to be a further surge over the holiday period. My only appeal is to people not to leave their bottles or cans beside full bins,” he said.

“Many of these bring banks are on private lands with the co-operation of businesses and it gives them rise to concern if there is illegal dumping,” he said.

Mountmellick Councillor Paddy Bracken says it is not just drinkers filling up the bottle banks.

He notes that in his town, where there was a "huge spillover" last winter (see photo) there has been a big improvement in care of the bring bank.

"I couldn't believe the work being done, there is a man in a van going around cleaning and washing down the bins. It is much appreciated," he said at the meeting.