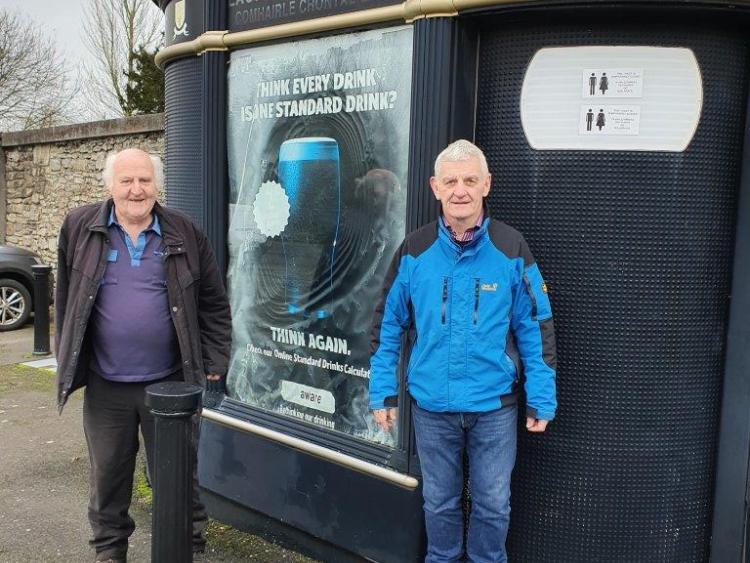 The taxpayer is paying about €30,000 a year to clean the outside of a fancy public toilet in a Laois town, that has been closed for the past two years.

A senior Laois County Council official has confirmed to the Leinster Express that they are locked into a maintenance contract for an amount similar to that estimated by a councillor at a recent council meeting.

The contract will last until 2022, meaning that at least €100,000 will go down the drain in the deal which began as a 'public private partnership' project.

The council official also said that the toilet will not be reopened, moved or removed.

Cllr James Kelly from Mountrath had asked if the toilet which is in a public carpark off Main Street, was still costing money, at the annual council budget meeting of the Borris-in-Ossory Mountmellick Municipal District meeting.

He had asked about the cost.

“The public convenience is subject to a contract, we are still committed to that, we have no option. It will expire in 2021,” the Director of Services Simon Walton confirmed.

Cllr Kelly subsequently told the Leinster Express that the toilet is there about 15 years but closed over two years ago. The Independent Laois county councillor claimed that a similar toilet in Carlow costs €32,000 a year to maintain but brings in an income of €400.

The loo was disconnected from the sewerage network and be believes this is because at one stage the council were planning to move it to Portlaoise.

“I don’t know why it closed but we do have a public toilet in the park in Mountrath so why would people spend money when you could go for free,” Cllr Kelly said.