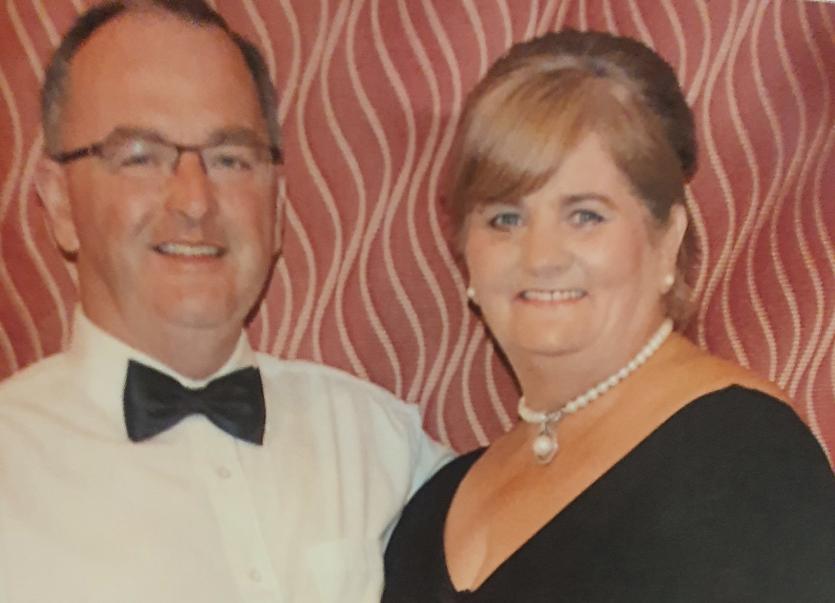 A Laois schoolbus driver who drove his first bus 50 years ago as a teenager, has finally retired with an impressive clean record.

Ned Moore, 67, from Ballypickas began driving buses at the age of 17, and in 1986 started his own business with his wife Liza.
“Liza got her test and licence for the big bus. The first bus I bought was a little Toyota 12 seater.

“We built up the business and did school runs and school tours for Heywood, Ballinakill NS, Spink NS and Scoil Mhuire in Abbyleix. The local clubs hired us for away trips,” he said.

Below: Ned and Liza in younger days. 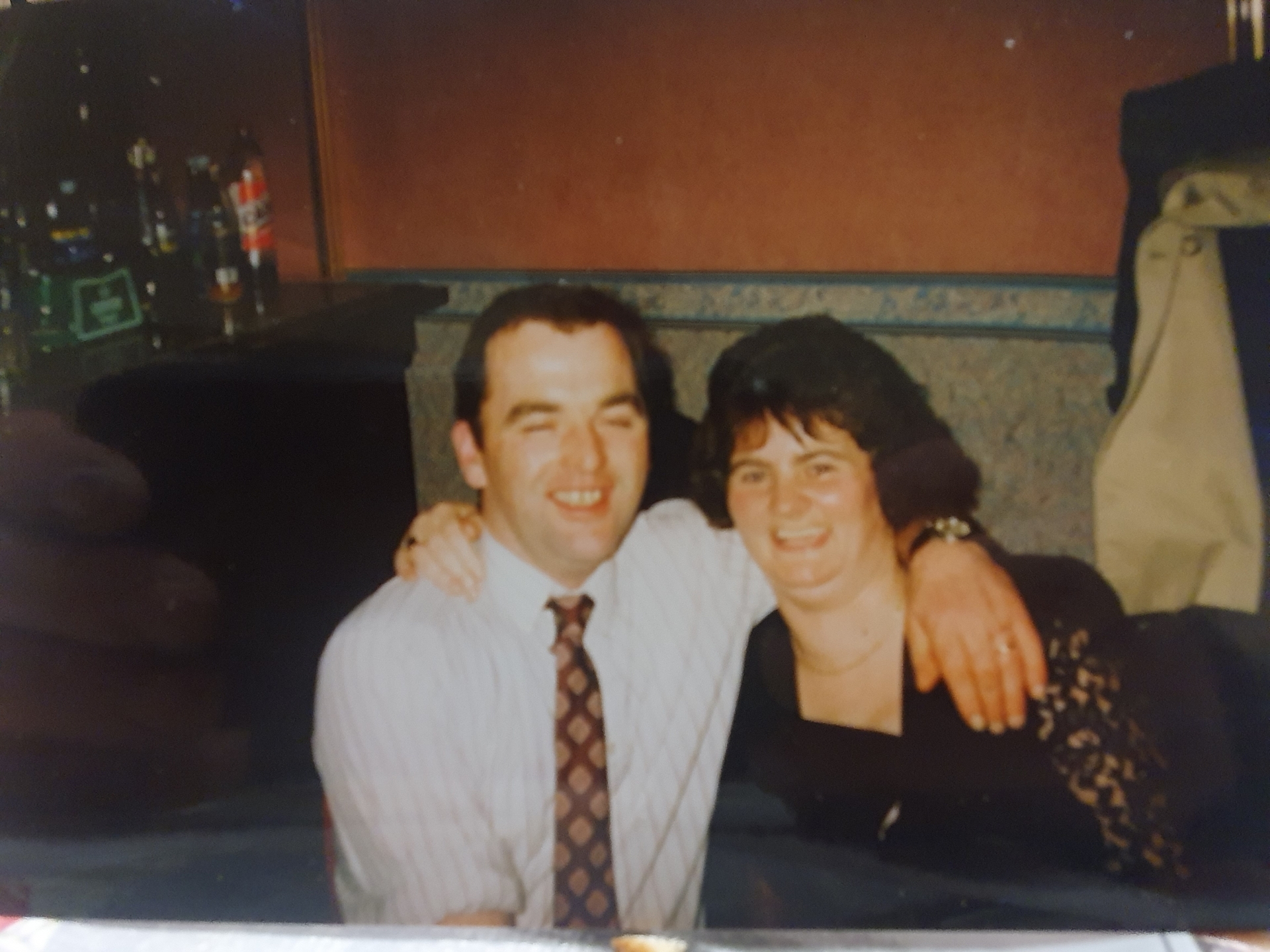 The times changed over the years.
“The seating capacity changed, now they have to have a seat to themselves and a seatbelt.  Then when Covid came in the buses were only half full for social distancing. Years ago you were allowed to allocate a pupil and a half to a seat, so if you had a 20 seater bus you could carry 30 children,” he said.

There were good and bad aspects to being a busdriver he said.
“There were a lot of late nights and early mornings, that’s the bad part. But then you get to see every corner of the country, that was the highlight. And I enjoyed the people and the company,” he said.

“You develop a relationship with the children, I never had to put a pupil off the bus. I never had an accident, my licence is as clean as the day I got it,” he said.

He has driven generations of the same families to school.
“I had to stop there recently in Durrow for a man crossing with his cows, he took a look at me and said ‘Jasus, Ned you’re not still driving buses, you brought me to school in the back of a minibus,’” Ned said. 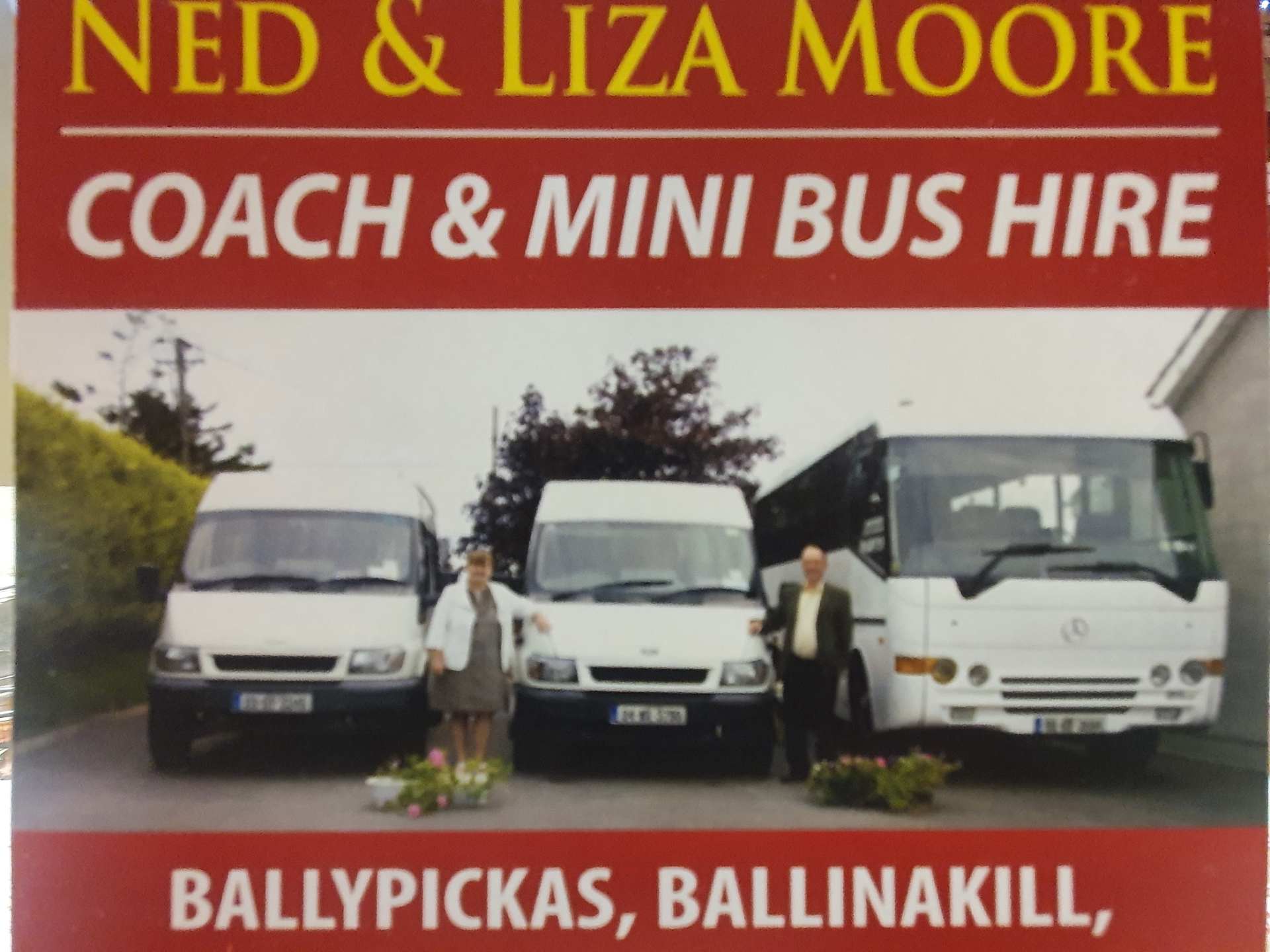 The couple have four children but with none in a position to take over the family business, Ned and Liza retired last June.
“I was sad at first but I’m not missing it now, all that repair work,” he said.

He still has one run, driving a school but for Jim Whelan. “It’s lovely, it breaks the day for me,” he said.

Retiring during Covid restrictions means that a planned trip to visit two of their sons in Perth, Australia has to wait until next year. He would happily go on a bustour holiday himself now, a busman’s holiday.

“I probably would, when I would not have the responsibility of driving it,” Ned said.

The couple want to send a special thanks to all who supported them for their working lives.

“We wish to thank all the parents for supporting us in bringing their children to and from school. From their first day in either Ballinakill N.S, Knock N.S, Scoil Mhuire Abbeyleix to their last day in Heywood C.S. over the years.
“We would also like to thank the numerous clubs who supported us such as GAA Clubs - Ballinakill GAA, Abbeyleix GAA, The Harps GAA Soccer Clubs- Abbeyleix, Ballinakill, Spink Lyons Durrow; ICA groups- Ballinakill, Spink; Bingo Committees- Ballinakill. Ballyroan, Rathdowney, Urlingford. Johnstown; Abbeyleix hockey club, Abbeyleix Golf club, and Active retirement groups.

“Thanks to all the youth who hired us to bring them to night clubs and various events.  To the families who hired us for private events.

“A special word of thanks to all our drivers and mechanics over the years who helped keep the show on the road. To the other bus operators who we worked beside, we wish them every success in the future. Last but not least to our family and grandchildren for their support and help," Ned and Liza said.