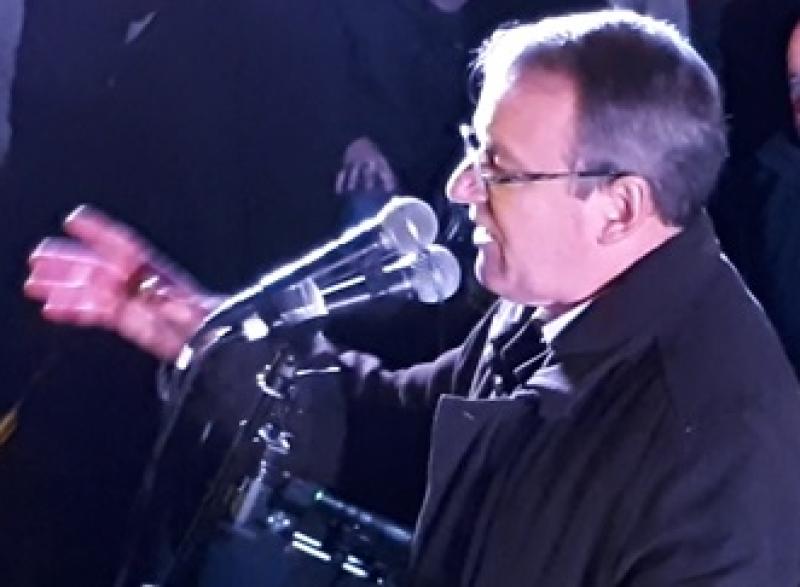 Brian Stanley, near left and Pippa Hackett, far right, at an IFA public meeting in Laois ahead of General Election 2020 - also pictured are Charlie Flanagan and Carol Nolan

The powerful Dáil committee chaired by Laois Offaly TD Brian Stanley has found that miscalculations at NAMA cost the taxpayer millions of euro.

The Committee of Public Accounts (PAC), from which Dep Stanley has stepped aside for a week, has found that an error by National Asset Management Agency in the sale of its Project Nantes loans resulted in a loss to taxpayers of about €10 million – while the failure to conduct an open sale and an up-to-date appraisal of the loans resulted in a total potential loss to the taxpayer of some €29 million.

The loss to the taxpayer went under the radar with the furore around Brian Stanley's tweets which have caused him to take some time away from politics.

In its report published last week of the Examination of NAMA’s 2019 Financial Statement and C&AG special Report 109, a statement said the PAC makes a number of conclusions related to the sale of the Project Nantes loans in 2012, as well as on a separate matter regarding the development of housing on lands owned by NAMA.

The PAC said the Comptroller and Auditor General published its Special Report 109 - NAMA’s management and disposal of the Project Nantes loans in December 2019 after concerns were raised with PAC about the sale in 2012 to Luxembourg-based Clairvue-Nantes Luxco SARL (Clairvue) of certain loans from the Avestus portfolio, which was referred to by NAMA under the code name Project Nantes.

"In 2018, concerns were raised with PAC and the C&AG around the adequacy of the process used by NAMA when selling the Project Nantes loans, the price achieved for the loans, and whether the sale had breached statutory restrictions on the sale by NAMA of bank assets.

“The Committee examined the C&AG’s report in October 2020 and found NAMA’s miscalculation, the decision not to seek up-to-date appraisals of the Project Nantes loan portfolio and the lack of a competitive sales process resulted in a total potential loss to the taxpayer of approximately €29 million.

“Members were also concerned by a failure of due diligence by NAMA to carry out a detailed investigation on the links between companies managing assets on their behalf and potential purchasers, as it was later discovered following the sale of Project Nantes that one of the directors of Clairvue had previously been a director of Avestus.

“Another matter the Committee addressed was the lack of documentary evidence of the sale of the Avestus portfolio. This was a blatant failure to implement appropriate levels of transparency and good practice,” he said.

On a separate matter raised during the examination of NAMA’s 2019 Financial Statement, PAC said it notes that NAMA has said a commitment given to the Minister of Finance in 2015 to build 20,000 homes on NAMA-controlled lands by the end of 2020 has been extended by one year due to construction issues which NAMA said related to matters outside its control.

PAC raised concerns regarding planning permission for approximately 7,300 properties on NAMA owned land that have yet to begin construction. Funding has been provided for 1,100 of these properties, PAC noted.

Deputy Stanley said: “Members noted NAMA’s reasons for construction delays, including Covid-19 and issues such as water infrastructure and access to sites with planning permission. However, the Committee is of the opinion that NAMA must continue to work to ensure that the target of 20,000 residential units is met by the end of 2021.”

The PAC is a standing committee of Dáil Éireann which focuses on ensuring public services are run efficiently and achieve value for money.