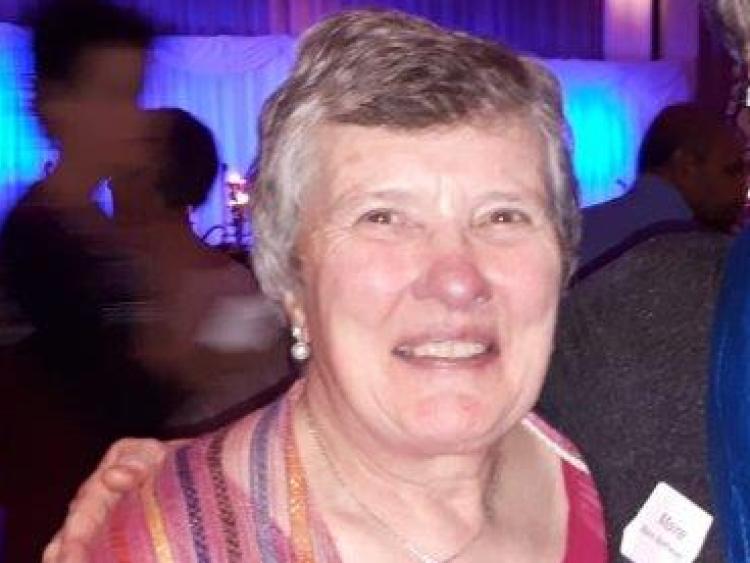 A former aid worker from Mountmellick who has helped raise thousands of euro for Concern Worldwide through local church gate and street collections has been honoured by the Irish humanitarian organisation.

Alice Culliton (73) was presented with the individual fundraiser award at Concern’s annual volunteer awards, which were hosted virtually on Saturday, December 5.

“I collected the award on behalf of the wonderful team of volunteers in Mountmellick, Portlaoise and beyond who work so hard to raise funds to help some of the world’s poorest people,” Alice said.

Concern’s Chief Executive, Dominic MacSorley, praised the organisation’s 1,700 volunteers and all those who support them in their efforts.

“The extraordinary commitment of Concern volunteers has kept a flame of compassion alive in communities around Ireland,” he said, at the awards, which were hosted virtually due to COVID-19 restrictions.

“Their commitment has been integral in sustaining Irish people’s solidarity in action across the world’s hardest-hit areas. We cannot thank them enough for their support, particularly at this most challenging time.’

The former home economics teacher is motivated by the fact that she knows the difference which the funds raised can make.  Alice worked with Concern in some of the world’s most challenging humanitarian situations over a 20 year period up to 1999.

Over those two decades she worked in Bangladesh, Ethiopia (during the 1984 famine), Thailand, Tanzania, Sudan, Angola and Uganda.

“I have seen first-hand the challenges which some of the world’s poorest people face and the difference Concern’s work makes, but I have so much admiration for our volunteers who fundraise locally who have never had the chance to go overseas,” Alice said.

She paid tribute to the many hard working volunteers, such as Helen Corbett and Sheila Duff who have been involved in the Portlaoise fundraising group for Concern since 1974.  She also singled out Mary (Kelly) Byrne, Anna and John Reddin, and the local group who help with collections at churches in Mountmellick and Clonaghadoo, for their sterling work over the years.

Alice also depends on the tremendous family support of her brothers and sisters-in-law, and she relies a lot on nieces and  nephews when collectors are required.

Alice paid tribute to the enduring generosity of the general public and the business community in Laois.

“Without their kindness and generosity, the important work of our collectors would not be possible,” she said.

More information about its work or how to support the humanitarian organisation  can be found at www.concern.net.