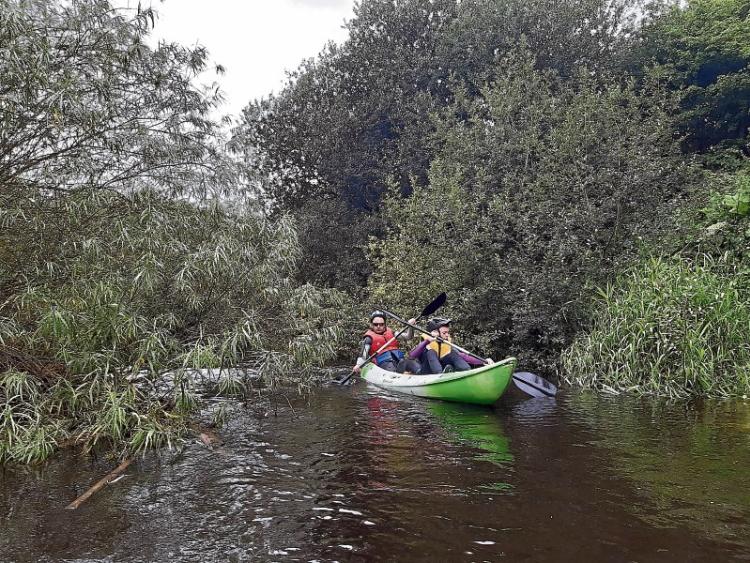 Someone told me that Stage 1 of Covid lockdown was making banana bread. Stage 2 was making sourdough apparently, but Stage 3 was a dip in the sea or local river!

The mental wellbeing that it brought was to work wonders!! From growing up in Errill in Laois and swimming as a kid in local spots like Cullohill or Castletown I remembered the sensation of the cold dip but, now a bit older and with kids of my own, I was looking to get back there but maybe see what it like from a kayaking perspective.

My cousin Padraig Bree from Abbeyleix had always spoken about a beautiful stretch of the Nore from Castletown right down to the Dunmore Demesne outside Durrow. He had kayaked it himself many years previously and again in 2019 and, while he stressed the river was now a bit choked up in places, it sounded like a magical experience.

He relayed this experience to a number of people and soon enough he had Robert Carroll of Borris-in-Ossory, myself and my 14-year-old son Eoin enchanted enough with his stories and pictures to agree on meeting up at the Castletown weir on July 28. Not having a double kayak of my own, Michael G. Phelan in Ballacolla very generously offered Eoin and I one of his kayaks and, together with the more experienced Padraig and Robert, we pushed off from the grassy banks. Very quickly we realised we had really happened upon a hidden gem here in Laois. I’m sure others have known about it for years, but it just hadn’t reached our ears.

While the plan was definitely to stay afloat for the full 24-kilometre stretch, Eoin and I had different interpretations of me shouting “paddle left” or “paddle right” so, needless to say, we took a Nore dunking a few times. However, with helmets and buoyancy aids we stayed safe and righted ourselves quickly again. 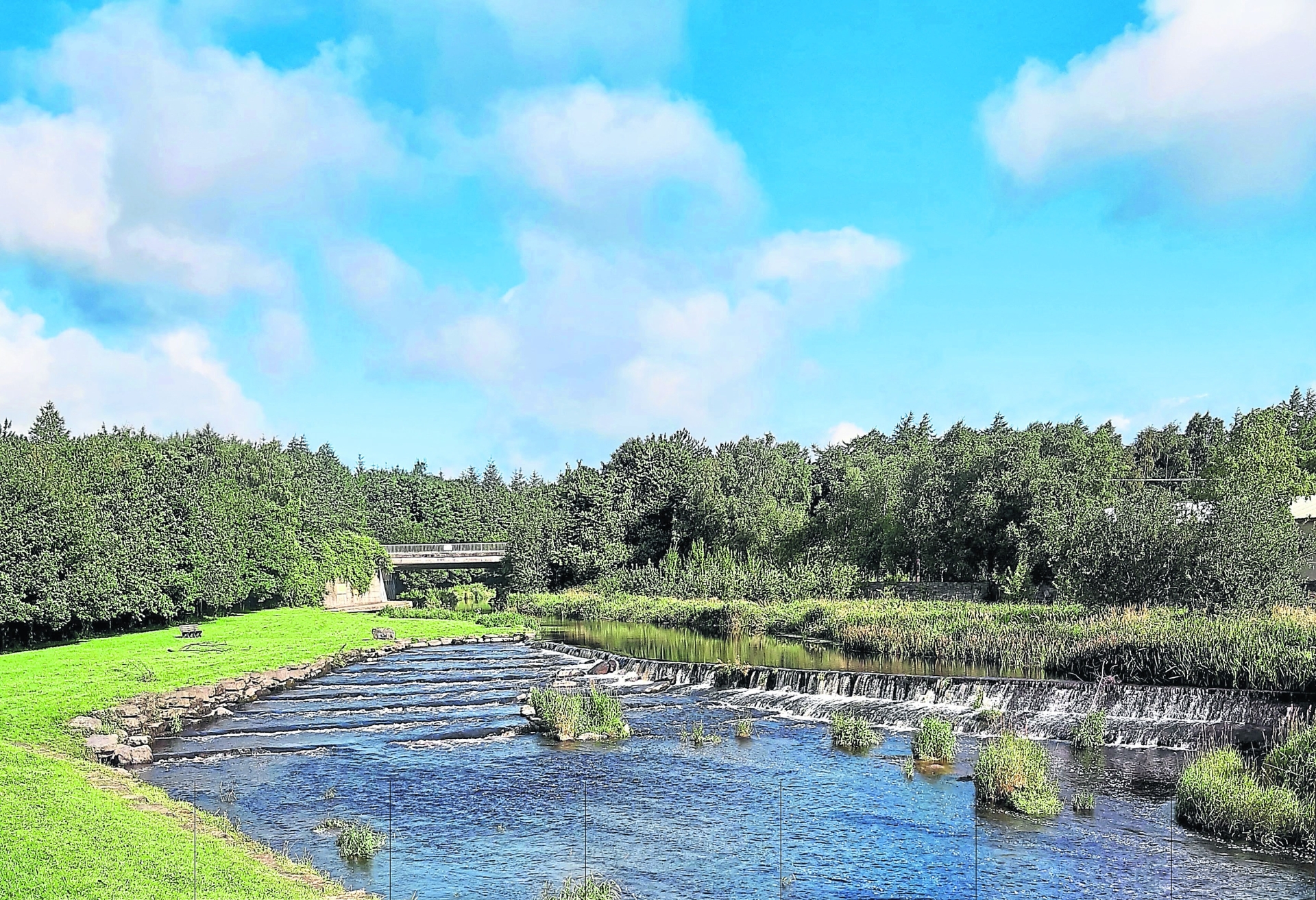 Other than the noise of my “helpful” parental instruction and oars gliding through the water, the peace and tranquility were everything Padraig had promised. The river brings you through areas and landscapes you just never see from the roads or bridges that we had driven on for years. The birdlife was a real surprise and quite spectacular along the way with the beautiful yellow darts of the grey wagtail, the colonies of sand martins exiting and entering their tunneled nests and blue flashes of the kingfisher welcoming us as we would turn around another river bend.

We had also been reliably informed by Gordon Coffey, who helped with taxiing us on the day, that as a keen angler it was well stocked with fish and was a salmon run in places. It was also a known stretch for the important freshwater pearl mussel - a fascinating creature that is only found near pristine freshwater habitats – and apparently is capable of surviving for up to 140 years, thereby making them Ireland’s longest living animal. With the importance of this habitat, therefore, for a myriad of creatures we were mindful of maintaining this ecosystem and simply enjoying the journey as we passed through.

Over the years and as mentioned in other parts of the country, it was clear that the river wasn’t as managed as it possibly was in the past. While this created challenges for us kayakers it also added to the raw beauty and enjoyment of the day. 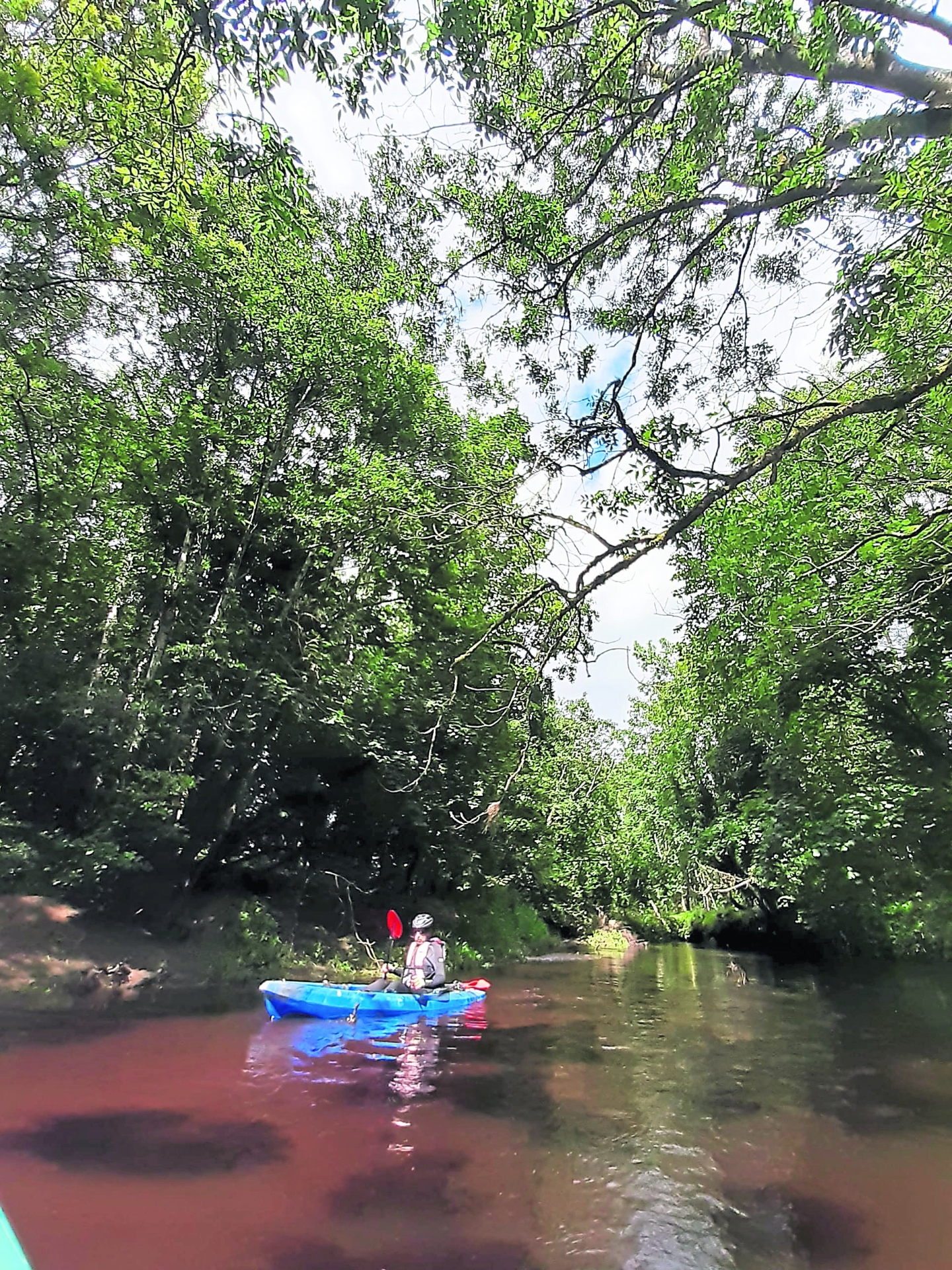 The vigorous growing willow, ash and hazel in places made for quite difficult passage with some places completely impassable without getting out and lifting the boats over trees which had fallen in storms and now blocked the entire width of the Nore river or low hanging branches testing the strength of our helmets like an old fashioned junior B corner back!

These blockages unfortunately also acted as a barrier for plastic debris coming down stream or wooden fence stakes that had fallen from the riverbank. It also made for reading changes in the river current challenging and, thankfully, with the guidance of Robert and Padraig we made it through these obstacles safely.

It's hard to keep count but apparently we went under about 12 bridges of different sizes and shapes and purposes. We all would have driven over these bridges numerous times including the M8 bridge being one such structure - seeing their craftmanship from a completely different angle made you appreciate their history even more. Whether it be Lady’s Bridge, Waterloo Bridge or the 7-arch limestone Kilbricken Bridge dating back to c1800 each has a story to tell and sound of its own as we’d floated underneath.

However, Poormans Bridge in Shanahoe – another 7-arch limestone road bridge - probably lording it over the others not just in dating back to c.1770, and with triangular cutwaters, but boasting historically that the legendary beggar man “An Beal Bocht” lived here.

Poormans Bridge also happened to be our halfway point with the homeward leg bringing us through the majestic mature woodlands of De Vesci estate and along the banks of the Leafy Loop walk in Dunmore Demesne. 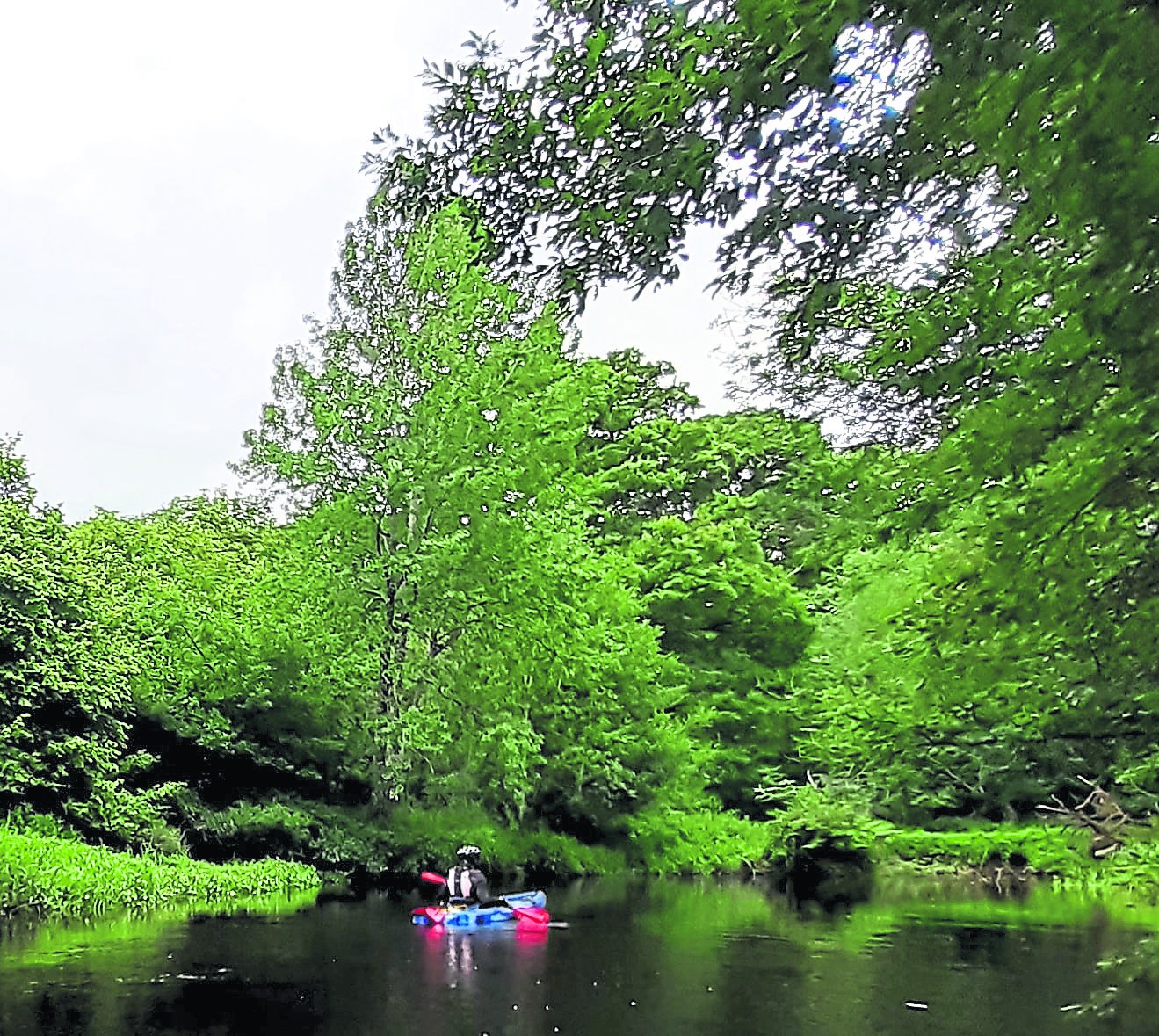 While exiting at Dunmore after c24kms had been both exhilarating and tiring, in truth there were few other natural points at which we would have been happy to exit for fear of either damaging the river banks, entering private lands or being too far away from a road or laneway.

We’re sure better local knowledge would probably have pointed to some areas we had simply paddled past.

Our core objective is to make the river safer and more accessible for travel bringing its largely hidden beauty and wild character to the community both locally and beyond.

We are therefore engaging with likeminded people who are in support of such a sustainable eco-friendly activity and potentially raise it to a Blueway status.

While the Greenway status is much in the news these days the lesser known Blueways are a network of formally recognised multi activity recreational trails, based on or alongside idyllic lakes, canals and rivers. Approval in fact has already been given to the River Erkina Blueway between Boston Bridge and Durrow following great work by the Woodenbridge Paddlers Group.

The uniqueness of the Nore is that it is exceptionally rich in biodiversity as it has been left relatively untouched.

Any clearance therefore of trees and vegetation would be guided by an appropriate assessment and an environmental impact study. 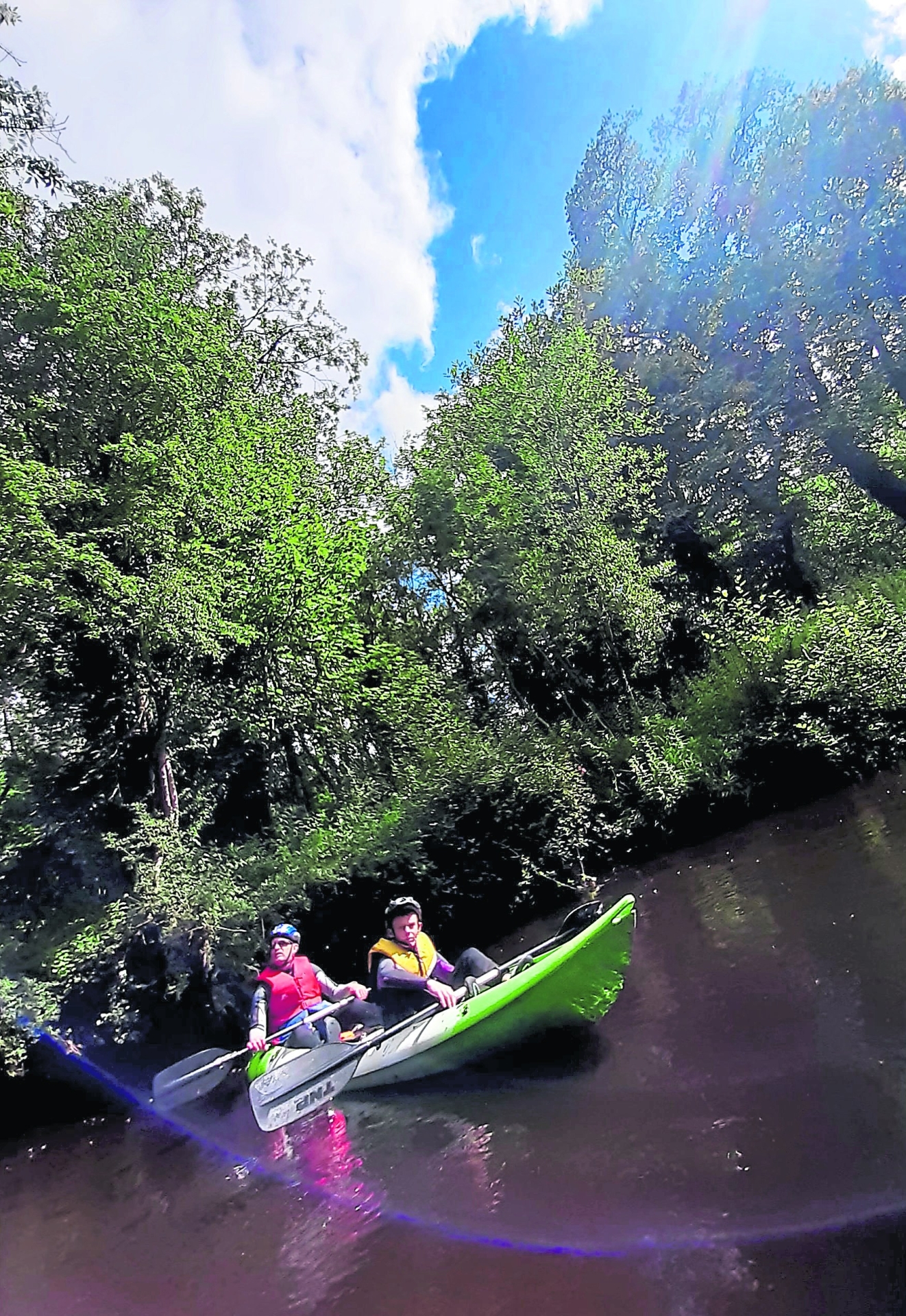 On September 1st nine more kayakers, mainly friends from the west of Ireland (during a less restrictive lockdown period than we have now) were able to join us and while we didn’t go the full length again this time, we spotted an exit on the Ballacolla Road near Waterloo Bridge.

They were of varied age, experience and ability, but in grabbing a bite back in the hotel they were staying in in Abbeyleix later, all had their own stories and experiences from the day and felt they had definitely gotten a greater appreciation for the land snuggled away between the distant roaring traffic on the M7 and M8 motorways on either side of this rural landscape.

As noted already, a lot of consideration still needs to be taken into account to progress the dream of turning this stretch of the Upper Nore into the elevated Blueway status and strict criteria must be met (as available to see on the Blueway website application).

Core to this is an independent environmental impact survey, discussion with local landowners, engagement and dialogue with local community groups and sporting and angling clubs.

With mental wellbeing being more important now possibly than ever before as we all struggle under different lockdown pressures, it was no surprise that the acronym of “URNB” for the Upper River Nore Blueway turned into more of a motto for us than simply enjoying a paddle down a rural river in our home county.

It also led to a social media request for locals from Durrow, Abbeyleix, Castletown to join our Facebook page and register their interest and thoughts on the subject and it has been encouragingly positive to date.

It is so important that the wider community here in Laois knows what’s on their very doorstep and make sure that any actions align with their wishes and interests. 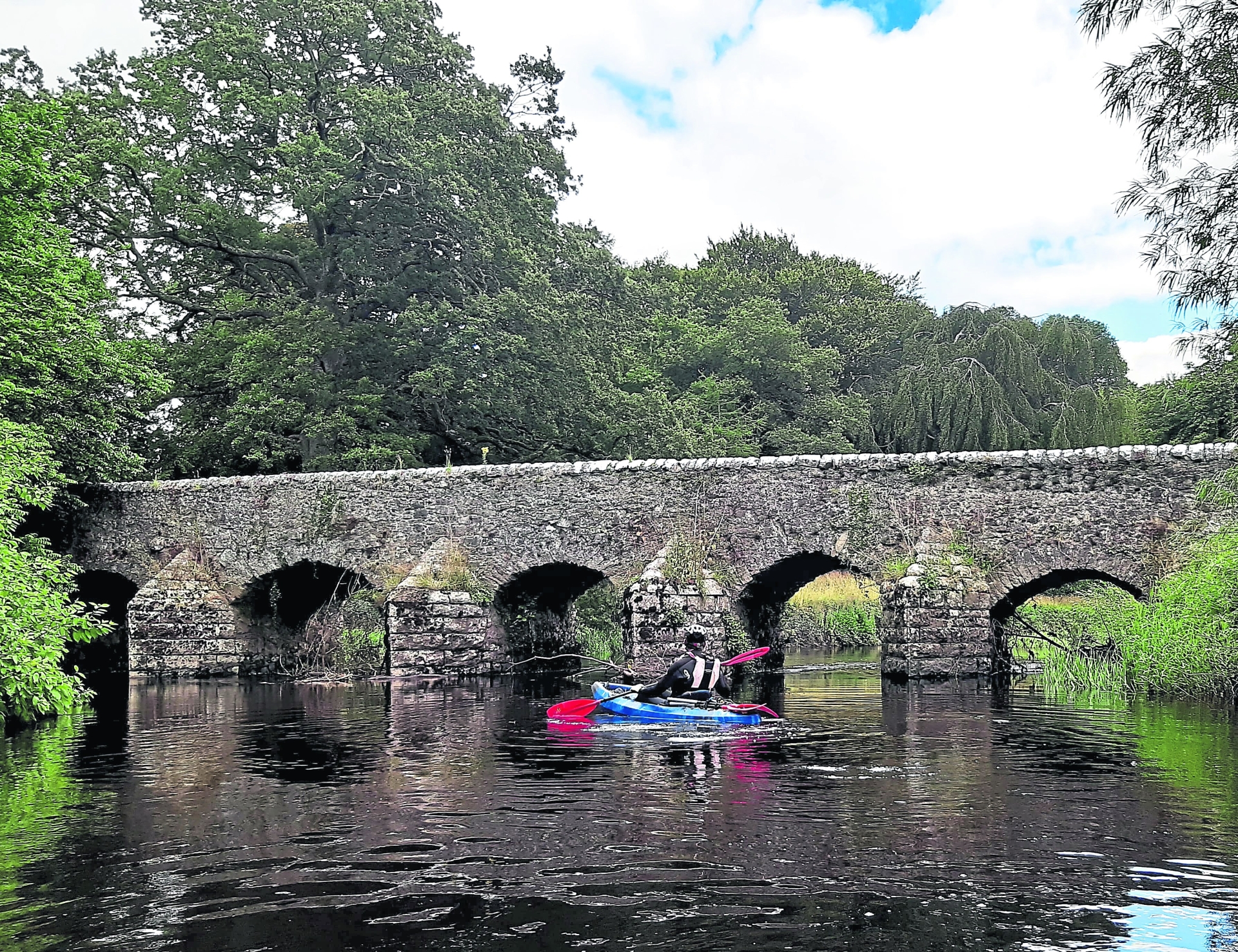