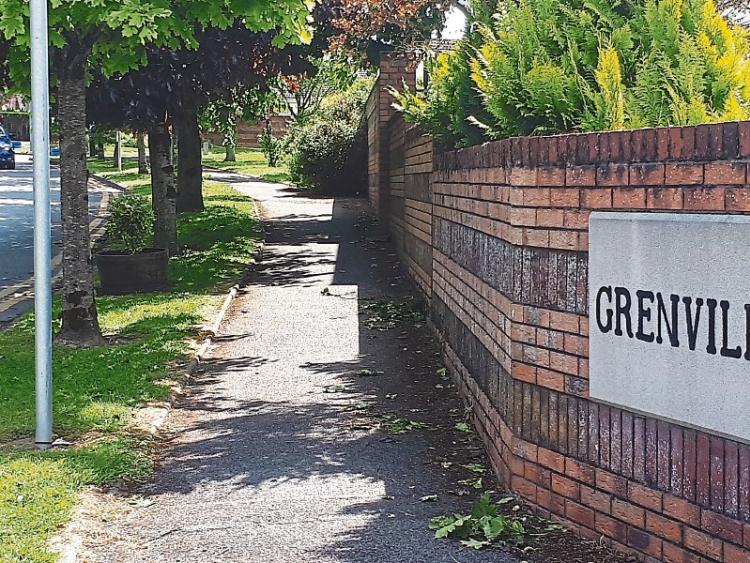 Grenville Estate in Portlaoise, where new access to Foxburrow estate was sought and refused

Laois county councillors have been advised against putting a blanket ban on new access roads through mature housing estates into the next county development plan.

The council CEO has warned councillors against seeking legal power to bar new routes through estates to development land for new houses.

"We need to tread carefully. I fully understand the sentiment, but this may be zoned residential land, with services installed right up to the end of a cul de sac. It might be ready for development with no other access. This would create a risk that zoned areas might be precluded," John Mulholland has said.

Mr Mulholland was responded to a suggestion by Portlaoise Cllr Catherine Fitzgerald, who is Cathaoirleach of Laois County Council this year.

She wanted to amend the draft Laois County Development Plan 2021-2027, to ensure that developers cannot break through an access road from an existing cul de sac housing estate to open up adjacent lands for more houses.

"As public representatives, the community expects us to act, but we have no say. This is a chance today to have some influence. People in their homes 30 and 50 years, you are talking about privacy. They feel their whole lives are ripped apart by planning permission through their cul de sac," she said.

Many other councillors agree with her.

Cllr Willie Aird referred to a recent application for a road and pathway through Grenville in Portlaoise through to 154 new houses in Foxburrow estate. The application to An Bord Pleanála received multiple local objections. However the pathway was refused by the planners and Laois County Council has since said the new road will not happen either.

"In Foxburrow every councillor didn't want the access road. This is our plan. they have had to close up walkways in Portlaoise because there was a problem with anti-social behaviour. There wasn't one person in Grenville or Foxburrow wanted to open it up," he said.

"The whole development plan hinges around quality of life. It is grossly unfair after 30 years, to plan to go through an estate. We are all aware after Covid of density. We should think of the consequences of what this is doing," he said.

Cllr Ollie Clooney said that people paid up to €600,000 for homes in an estate in the celtic tiger, now worth half that.

"Then to see a wall been broken out, it's unfair on people. There are safety concerns with cars, their whole life is changed, it's not an estate anymore it's access to another one. Go back and think, is there a wall near you, could it be knocked," he said.

"If there is a complete moritorium, I would be careful on that. You can't have a wall to wall prohibition, particularly if it's zoned land and has no other access. The overriding sentiment here is to protect privacy of people and that's fine, my advice is don't close it off completely," he said.

The council has suggested instead to add an amendment to the plan that consultation with the community must take place prior to seeking planning permission, to ensure there is connectivity for all the community in new plans for houses.

The meeting to review the draft plan was held on Wednesday December 16 in the Dunamase Theatre. The council will now add several amendments to it, and put it out for public consultation in January 8 until March 19, for the public to add their views.

The final plan which will guide development in Laois for the next seven years, is expected to be introduced in mid 2021.