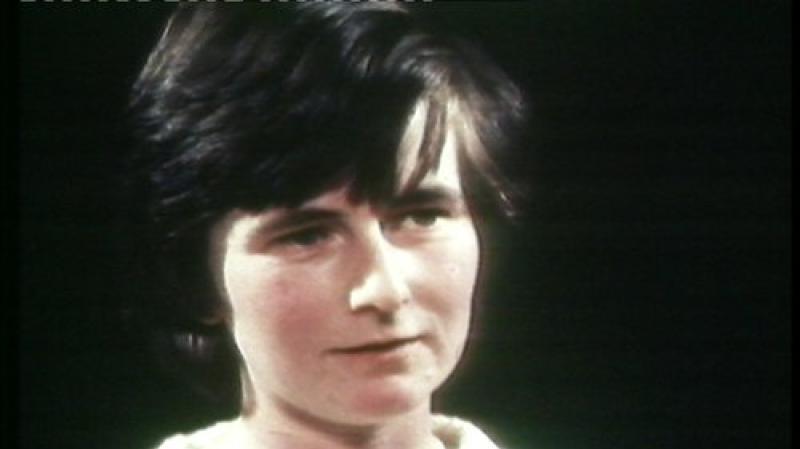 The Irish State has apologised to Joanne Hayes, the woman who was wrongly accused of murdering an infant over 35 years ago, and her siblings over their treatment during events that became known as the Kerry Babies case.

The apology, made before Ms Justice Leonie Reynolds at the High Court on Friday and reiterated one made in 2018, forms part of a settlement of damages actions brought by Ms Hayes, her sister Kathleen and brothers Michael and Edmund following their arrest by the Gardai in May 1984.

Conleth Bradley SC for the State said it wished to express its "deep and sincere regret" over "the hurt and stress" caused to the entire Hayes family.

Their actions were against the Garda Commissioner, the Minister for Justice, Ireland and the Attorney General, which the court heard have been struck out.

Proceedings against the DPP, whose role in the affair was praised for the manner it brought an end to the family prosecution, were discontinued.

As part of the settlement, the family also secured declarations from the court that all findings or wrongdoing made against them by the Tribunal into the case were, that took place between late 1984 to mid-1985 were unfounded and incorrect.

The court also made a declaration that their questioning, arrest, charge and prosecution on dates between April and October 1984 were unfounded and in breach of their constitutional rights.

The state consented to the making of the declarations.

The making of declarations, Liam Reidy SC for the family said, will vindicate their good names after more than 35 years after what was an unfounded investigation and prosecution and many unfounded findings made by the tribunal.
Arising out of the settlement, the declarations are to be permanently attached to Tribunal report in the Oireachtas Library, which the family say will ensure the accuracy of the public record.

A separate damage claim by Ms Hayes's daughter Yvonne McGuckin was also settled, and struck out. No details of any of the settlements were revealed in open court.

The Judge, who described what happened to the family as "a travesty" welcomed the resolution of the actions.

The judge said the settlement has brought a close to a dark chapter in Irish history and expressed her hope that the end of the proceedings will bring some closure for the family.

The Judge also asked the media to be sensitive to Ms Hayes and her family in its reporting of the proceedings.

Ms Hayes and her family were not in court when the matter came before the judge.

In a statement, Ms Hayes thanked all those who had supported the family over the last 36 years, her legal team and added that after many years that the "suffering and stress of this ordeal is respect and finally behind us".

She also asked that their privacy be respected and that the family be allowed to "return to our lives within our local community in peace."

In 1984 Ms Hayes, along with members of her family, were arrested by the Gardai following the discovery of a new born baby with multiple stab wounds on a beach in Cahersiveen, in South Kerry, some 80km from Ms Hayes' home in Abbeydorney in North Kerry.

The parents of that child, called baby John, have never been identified, nor has his killer.

Ms Hayes was accused by Gardai of being the mother of baby John and murdering him.
Her family were accused of concealing the birth of a child.

Following their arrest, in May 1984 they claimed they were subjected to wrongful acts committed by the Gardai, and were forced into making false confessions admitting the killing of baby John, which they later withdrew.

The charges, which they were all innocent of, were dropped in October 1984.

Ms Hayes had given birth to a baby boy, named Shane, on April 13, 1984 on the family farm, but that child died of natural causes and was buried on the property, counsel said.

She claimed that had a proper investigation of the matter by the Gardai taken place she and her family would have been eliminated as persons of interest.

Their arrest and interrogation, detention and charge were improper after a blood test in May 1984 made it clear that she was not the mother of baby John, counsel said.

During the investigation, she said she was accused by the Gardai of having given birth to twins.

She said that claim was used for malicious purposes and as part of their continued prosecution before a state established tribunal of inquiry, known as the Kerry Babies Tribunal, conducted by the then Mr Justice Kevin Lynch.

Ms Hayes and her family claim the tribunal's final report contained numerous findings against them that were untrue, unfounded, not supported by any evidence, and were purely speculative.

Mr Reidy SC, appearing with Padraig McCartan SC instructed by solicitor Pat Mann for the family said that the tribunal had gone off course from what it was set up to do.

Counsel said it was established to find out why Ms Hayes and other members of her family had given statements to the Gardai at Tralee Garda Station, in separate rooms, admitting to a murder which was not scientifically possible.

Counsel said that the manner in which the "organs of the state" had treated the then 24-year-old Ms Hayes amounted to "torture" as well as an intrusion into her privacy.

The tribunal had made many incorrect findings included that Ms Hayes had assaulted her new born son with a bath brush, and had choked him to death, that were wrong counsel said.

That particular finding was completely unsubstantiated and was made despite the fact that the former State Pathologist Dr John Harbison, who performed an autopsy was unable to determine the cause of Shane's death, Mr Reidy added.

The tribunal also wrongly found that the Hayes family lied to the tribunal, that they were involved in an attempted cover up regarding Shane's death and had lied to and made false allegations against the Gardai.

During the tribunal, the family said the Gardai took false and unjustifiable positions by stating that none of the Hayes family was stressed or upset during their interrogations and that the questioning was unrelated to baby John but rather Ms Hayes' own pregnancy.

In 2018 Ms Hayes previously received apologies over her treatment from the former Taoiseach Leo Varadkar on behalf of the State, and the then acting Garda Commissioner Dónall Ó Cualáin.

On Friday Mr Bradley said that the Commissioner Drew Harris and Justice Minister Helen McEntee wanted to reiterate and extend that apology to the entire Hayes family.