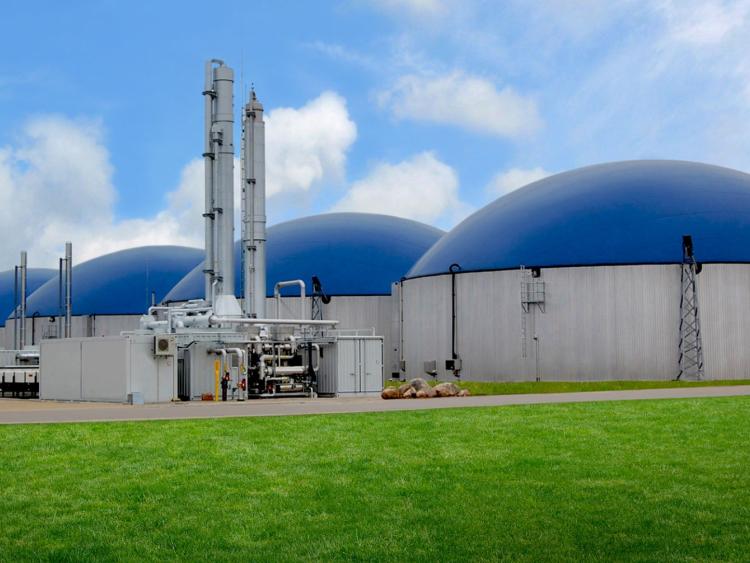 A biogas plant which takes gases from organic rotting waste. A new plant has been approved in Laois

The first biogas plant in Laois was approved yesterday and nearby residents have said they are "absolutely devastated".

The plant was sought by Bord na Móna Powergen Ltd and will be built on their bog at Cúil Na Móna Bog in the townland of Clonboyne and Clonkeen, Portlaoise.

Up to 30,000 trucks a year will bring 80,000 tonnes of organic waste including animal waste and brown bin contents into Laois to the site, to be rotted down in tanks. The resultant gasses will be collected and used to replace fossil fuel gas as a renewable source on the Irish gas network.

However the application had received some 260 submissions objecting to it, with concerns about the smell, the traffic and the environmental damage to the bog, the water and the air. Among the objectors were Inland Fisheries Ireland and An Taisce, as well as Laois TDs Sean Fleming and Brian Stanley, and councillors.

A representative of a group of residents called Portlaoise Action Against Bog Superdump has given their reaction. The group had submitted some 216 initial objections to the plan.

"We are absolutely devastated and shocked. We didn't expect Laois County Council to support this.

"The closest house to this is less than 200 metres away, with an upgraded road to run just 40metres from their shed. That is a couple with three small children who built their own house and sunk a well but now fear that this development will be detrimental to their lives.

"Our main concern was the odour, from animal slurry and god knows what else, it is just awful. That concern was not allayed with the further information that was requested from Bord na Móna. We gave further submissions after that information was supplied and were hopeful that the council would see our side.

"Bord na Móna talk about how they are rehabilitating bogs but this contradicts what they say," the group member said.

The member said the group will take further action, possibly an appeal which must be done within four weeks of a planning decision.

"We will do whatever it takes to oppose this, whether that is an appeal to An Bord Pleanála. We are a big group of residents opposed to this. Local people who are not happy with this decision.

"We also feel it was a very unfair time to make this decision in the middle of a pandemic. We can't meet as residents properly. It has definitely impacted how we could come together, and get professionals to come and meet us to back our concerns," the group representative said.

Bord na Móna says the anaerobic digestion facility will be a continuous process and the plant will operate on a three-shift 24/7 basis. Waste deliveries and collections will 'only' occur from 8 am to 6.30 pm Monday to Friday and 8 am to 1 pm on Saturdays.

Bord na Móna owns the big waste company AES. The company previously tried to build a plant along the Mountmellick road near Portlaoise beside the Kyletalesha landfill.

Planning approval for the Cúil na Móna site was granted on January 5 and is valid for 10 years.