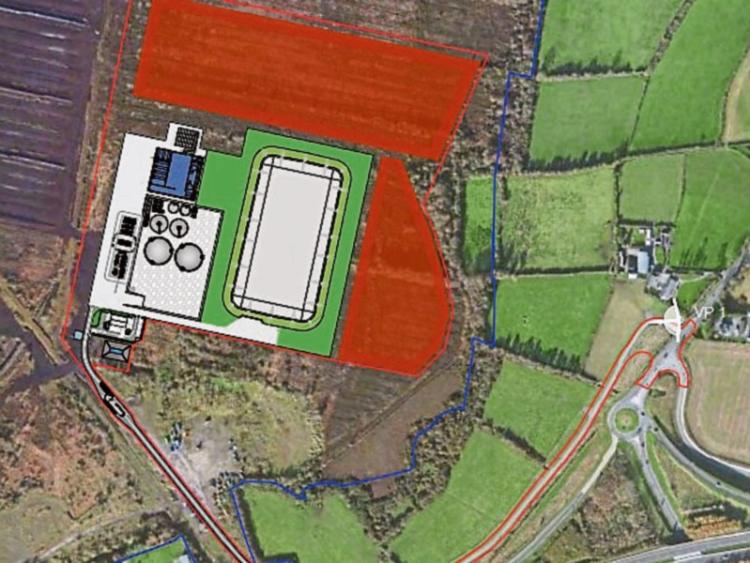 Residents in Portlaoise have started to raise funds to help the fight a big waste to biogas plant which Bord na Móna wants to build on the outskirts of the Laois town.

The Portlaoise Action Against Bog Superdump group has opened a GoFundMe page to try to stop the State-owned company from building the plant which has been given planning permission by Laois County Council.

Apart from producing gas the plant will also be making large amounts of fertiliser for agriculture. The plant will rot thousands of tonnes of domestic and commercial waste every year to produce gas and fertiliser.

They explained whey they are raising funds.

"This local group of residents need financial assistance to hire a planning consultant to support us in our opposition of the proposed planning for a biogas plant in Clonboyne, Mountrath Road, Portlaoise. Every little counts and is needed. If there is any excess leftover the group will donate to a local charity," said the fundraising statement on GoFundMe launched by Ann Byrne.

Laois County Council has given conditional planning permission to the project.

The company, which owns big waste collection firm AES, says it wants to reprocess 80,000 tonnes of organic waste on the site.

It says there is a potential regional supply of 655,979 tonnes annual available. The largest supply available is brown bin waste but Bord na Móna says it can draw on 270,000 of such waste annually.

The company says it has chosen anaerobic digestion because it can rot waste without oxygen. Apart from the gas byproduct it will pro produce a bio-fertiliser for soil.

The company says the plant could produce 7 million cubic metres of biomethane gas that can be injected into the national gas grid via a pipeline to Portlaoise along the Mountrath Road.

Bord na Mónd says anaerobic digestion is a continuous process and the plant will operate on a three-shift 24/7 basis. Waste deliveries and collections will 'only' occur from 8am to 6.30 pm Monday to Friday and 8am to 1pm on Saturdays.

There will be '83 movements per day' of trucks peaking during the (slurry) spreading season.

The company envisages that it will be operational by 2022.