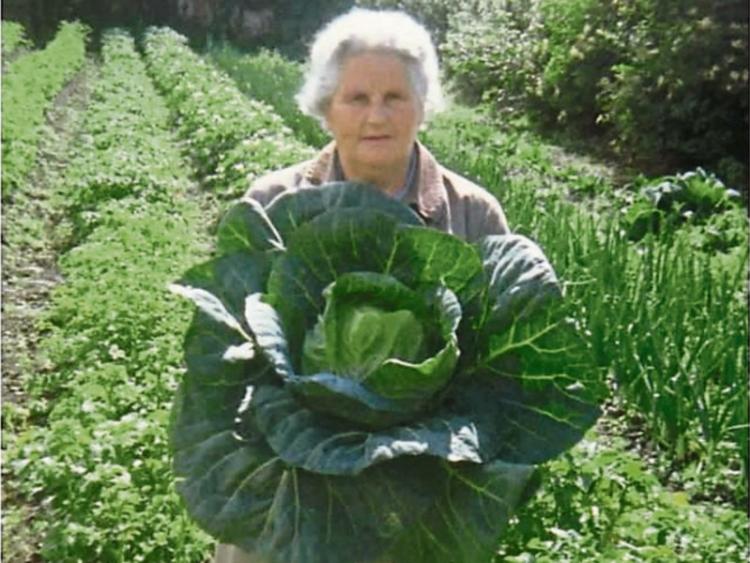 Agnes Conroy (neé Murphy) was born on December 4 1925 in Blackcastle, Threecastles, Co Kilkenny, the last of a family of ten children.

She very quickly acquired the affectionate “ Baby “ or “Babs” among the rest of her siblings - a sobriquet she was to hold for the remainder of her days.

Her father Tom - an All- Ireland Hurling medal winner with Kilkenny in 1905, had died unexpectedly the previous August, leaving her mother Margaret to raise their ten children, alone on a small farm, in very difficult economic times.

That she managed to do so was testament to Margaret’s sheer hard work, perseverance and a huge determination to build the contrary life skills of self-reliance and co-operation in equal measures among her young family.

Margaret herself was born in Butte, Montana where her parents had gone in vain search of their fortune in the Gold Rush of the late 1800’s.

As the youngest of a big family living on a small farm, Babs quickly learned the value of money - a lesson that stood to her for the rest of her life.

Babs went to primary school across the fields to Ballydaniel N.S. where, incidentally, some of her school work was recorded by the National Folklore Commission in their nationwide collection of folklore known as “The School’s Collection” in 1935.

She moved on to secondary school in Loreto Convent in Kilkenny at a time when it was more usual for teenagers, especially females, to take up offers of employment.

At Loreto, Babs’ discovered a love for Poetry and Tennis, both passions she maintained an interest in throughout her long life.

After leaving Loreto, Babs returned to Blackcastle to help her mother in the house and her brothers on the farm.

In those pre-electric days the work was hard both inside and out.

She remained in Blackcastle until she met the light of her life - Seán Conroy from Mountmellick.

How fitting that he was an ESB man charged with bringing Rural Electrification to Threecastles and the surrounding area, - it’s safe to say there was electricity there from the start.

They married on Valentine’s Day 1956 and moved to live in Durrow with her brother Joe who had just bought the old White’s Hotel.

Babs helped Joe to establish his new Castle Arms Hotel and was on hand to cook the breakfasts and provide meals while Joe was busy developing the commercial side of the business.

This introduction to the business world awakened an entrepreneurial drive in Babs and she soon persuaded Seán that they should open a business of their own.

They bought McDonalds on Mary Street – not a fast food outlet but a small grocery shop.

Shortly after, in 1964, a bigger business premises on Mary Street – Finnamore’s grocery and petrol station came under the hammer and again Babs was the driving force behind the purchase.

While Seán continued to work for the ESB, Babs combined the busy role of raising their young family of six children with the demands of running the new business venture.

She tried her hand at everything and anything that would turn a few bob in the shop.

She used her agricultural upbringing to grow vegetables from her garden to sell across her new counter.

Everything from early potatoes in summer to Brussel sprouts at Christmas, and in between rhubarb, beetroot, carrots, peas, turnips, strawberries, parsnips, cabbage and gooseberries were all sold fresh from the garden, in season.

She even built her own homemade polythene hot house to grow tomatoes for sale in the shop.

Chickens and turkeys were reared, plucked and sold for the Christmas market and weekly deposits were taken in advance payments for Christmas toys from the shop window.

Frequent trips to the seaside in Tramore inspired a series of novel money making purchases:

- A caravan which when not in use for family holidays was rented out on a weekly basis to fellow Midland landlubbers for holidays by the sea.

- A Carpigiani ice cream cone machine – the first of its kind in Durrow, brought the heretofore unknown delight of the 99 to kids in the locality.

- When the Durrrow Carnival was at its peak in the 1970’s both Caravan and Carpigiani were twinned as a mobile shop was set up to cater for the demands of the huge crowds attending the various Carnival attractions located in the hurling field.

- A coin operated slot machine – again the first of its kind in Durrow, could be found in a corner of the shop for anyone willing to try their luck and have a flutter.

If Babs had learned the value of money early in life, in later life she never missed an opportunity to haggle for a bargain or to explain afterwards to anyone willing to listen “ Now, that’s how you do business.”

Following the death of her husband Seán in June 1992, Babs decided to retire from business and closed the family shop the following December.

Never one to rest easy, she focussed her energies and spare time on the activities of the Monday Club for active retirees.

She was instrumental in organising their weekly meetings in the Castle Arms Hotel and their annual trip away.

A lover of Nature, she now limited her activities to growing potatoes in buckets, monitoring her roses for greenfly and watching the antics of the wild birds at the feeders outside her kitchen window.

Blessed with good health for most of her long life, she was quick to dispel complaints of an ache or a pain with the reminder that “there’s plenty of people with much bigger troubles than I have, thank God.”.

After a short period of illness Babs passed to her eternal reward just a month short of her 95th birthday.

As the last of her family of ten siblings, her passing truly marks the end of an era.

An era where limited economic means fuelled the furnace of a tough daily grind to mould characters of steel, tempered by an unquenchable, lifelong Faith in the Providence of God and His Holy Mother.