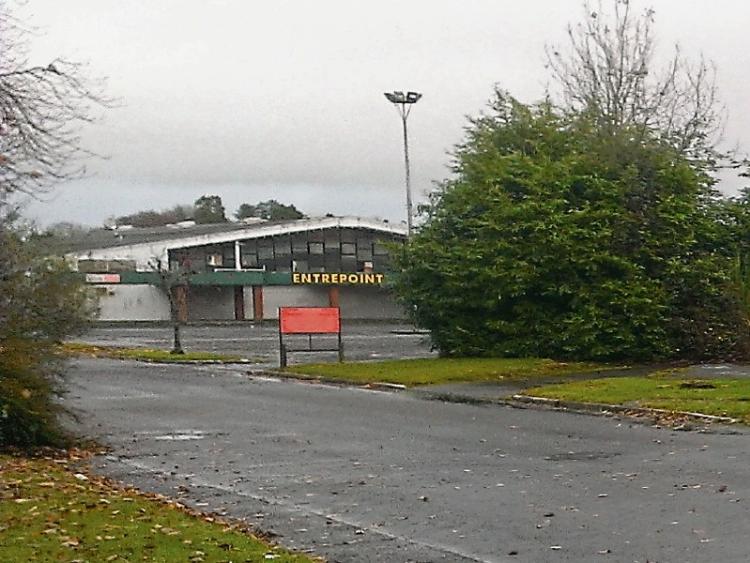 A derelict shopping centre in Laois should be fenced off and the owners liable for the cost, says a local councillor.

Trespassers gathering, fires being lit and children climbing on the roof of the centre in Portlaoise, are creating danger to themselves and to neighbours says Cllr Willie Aird.

He tabled a motion to the January meeting of Portlaoise Municipal district to call on the “enforcement section of Laois County Council to take immediate action to stop anti-social behaviour on the old Centrepoint site”.

“I am blue in the face making representations from people on this. I went down and witnessed this myself. The bollards were painted at the entrance but not the actual building. I can’t understand why it is not fenced off, it is a danger to neighbours.

“There have been fires. I’ve seen people gather myself. The Gardaí have been very proactive. We cannot shirk our responsibility. If we fence it off and they come and look for planning permission, we can have the fencing added to the cost. There isn’t a plan for it yet. Are we looking at this for the next six months, two years? I ask you to fence it. The roof is dangerous. I saw children up on the roof as I was passing. I know you can’t stop the trespassing, but it should be made secure,” he said.

He was supported by Cllr Noel Tuohy.

“There are people living up there, literally on the side of the site. I fully support this,” he said.

“Let’s hope we see some action on that,” added the MD’s Cathaoirleach, Cllr Thomasina Connell.

The iconic 1970’s centre on the Mountrath road was built and owned by the Shaws group. It closed down in 2006 and the 9.5acre site went on the market for €12 million but failed to sell.  It was finally sold recently.

In 2019 Laois County Council placed it on the Vacant Sites Register which meant they could levy fines over its derelict condition. The owners successfully appealed to An Bord Pleanala who went against its own inspector’s findings that the site had an adverse effect on the area, and instructed the council to remove the site from the vacant sites register.

Laois County Council has identified the place as an opportunity site for development in the Portlaoise area.

Laois County Council’s Director of Services Donal Brennan replied to Cllr Airds’ motion to say that anti-social behaviour involving littering or noise is up to the Environmental section to investigate complaints.

He said that other behaviour such as threats, intimidation, aggressiveness or similar actions, would “most likely would involve An Garda Siochána or other authorities”.