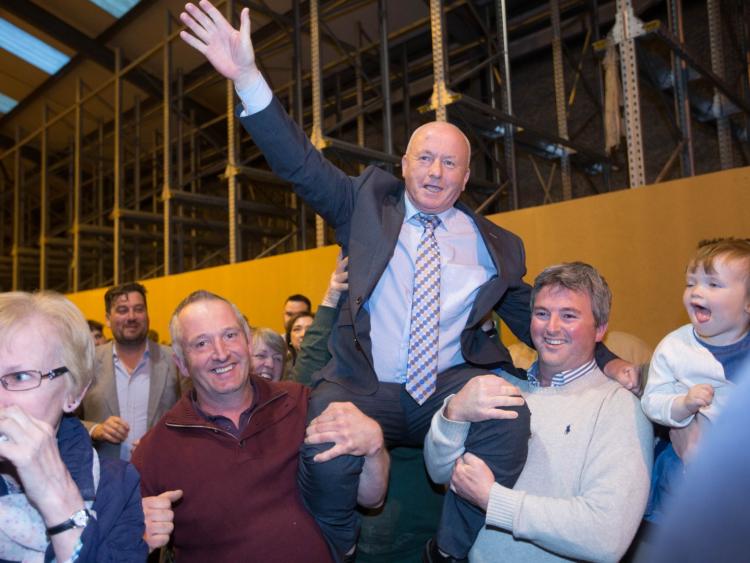 Minister of State and Fine Gael TD Martin Heydon has complimented Cllr Tom Mulhall on his tireless work for the people of Laois for almost 12 years as his resignation from politics was confirmed, due to health reasons.

The Kildare South TD said he was grateful to the councillor who has represented a part of Laois which is now in Kildare for Dáil elections.

“Since the boundary review in 2017 which brought parts of Laois into the Kildare South constituency I have worked closely with Tom on issues arising in the areas of Portarlington, Ballybrittas, Jamestown and Killenard.  Tom was passionate about politics and very determined to improve facilities and services in his area. Together we worked on projects which included fighting for an extension for Coláiste Íosagáin and securing funding for local sporting organisations and Portarlington Community Centre where he is a board member.

“The redevelopment of the Market Square was a priority for him and he was very excited about the prospects for the centre of Portarlington starting with the lease of the Market House in the square last year.

“I would like to thank Tom for his years of hard work and public service on behalf of the people of the Graiguecullen Portarlington Municipal District.  I would also like to thank his wife Bridget and children Una and Niall for supporting his service.  I wish Tom and his family good health and good wishes for the years ahead,” concluded the tribute.