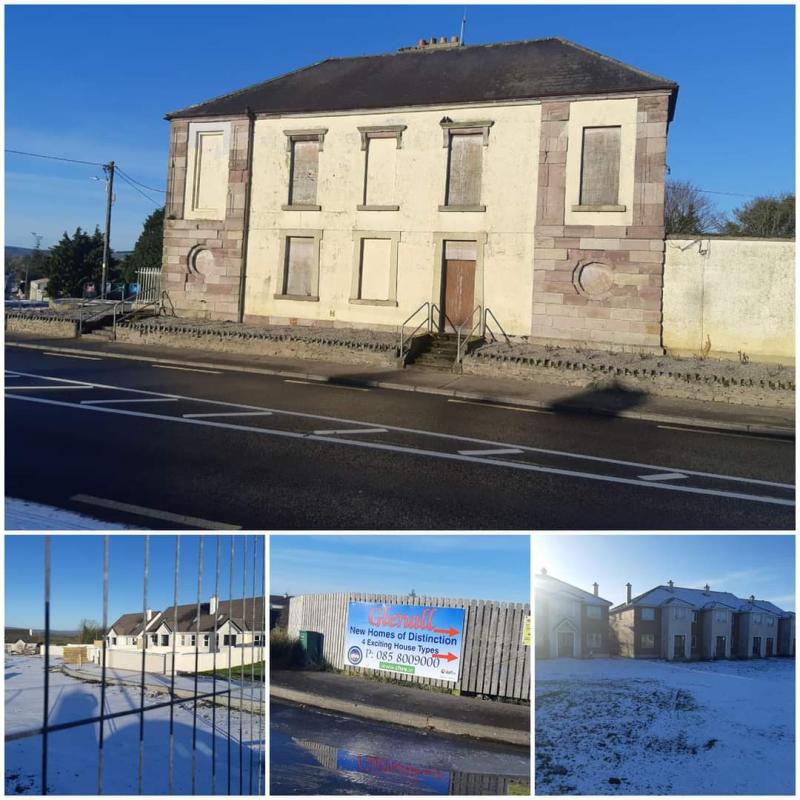 Courthouse in Borris-in-Ossory in line for new life

A Laois community hit by the double whammy of the property crash and being bypassed by the M7 is turning the corner thanks to a range of funding and housing boosts outlined by a local councillor.

Cllr James Kelly set out some of the plans for the village starting with the town's landmark courthouse which could be at the heart or a revitalised future.

"The community of Borris-in-Ossory and surrounding areas are very positive that their plans under Rural Regeneration and increased Housing units over the next few years will mark the village down as the gateway to the western side of the county.

"Laois County Council have applied for €1.4 million funding to the Dept of Rural & Community Development under the Rural Regeneration programme to upgrade the courthouse to Digital Community Enterprise Hub with remote working a priority," he said.

"Under the provision of housing units, there are three sites that are close to completion or in the planning stages.

"With regard to the 11 turnkey units on Main Street beside the post office, six will be ready first quarter this year with remaining five ready by the third quarter," he said.

The Mountmellick Borris-in-Ossory councillor also looked forward to the future for two estates hit by the Celtic Tiger property crash.

"The 18 houses at Glenall housing estate on the Rock Road purchased in 2018 for €1.25 million are selling out and are great value.

"There is great news about the unfinished estate on the Ballybrophy Road in that there is planning permission to develop the site which will include demolition and removal of derelict non-habitable houses. I have spoken to the developer and he is hoping subject to planning been granted to move on the work straight away," said Cllr Kelly.