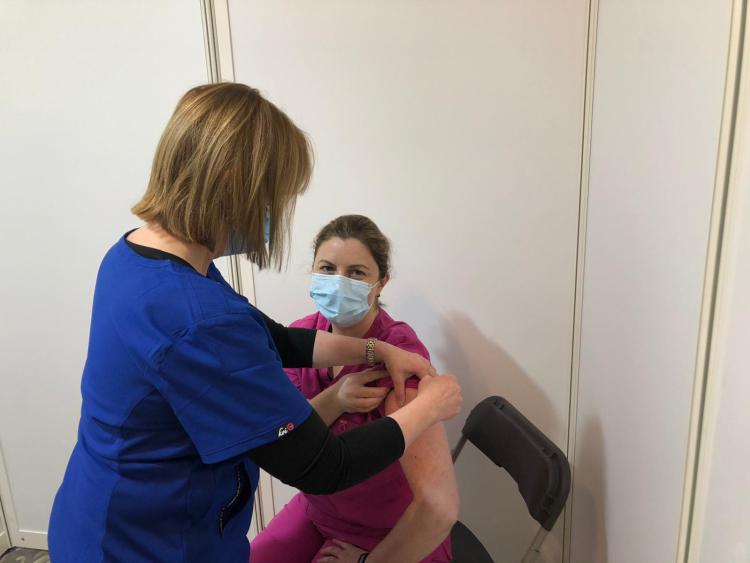 A global agreement should be reached by EU medicines regulators to recognise Covid 19 vaccines in an effort to speed up approval and distribution, according to a Member of the European Parliament who represents Laois.

Cllr Billy Kelleher believes is proposing the European Medicines Agency enters into a mutual recognition deal with counterparts elsewhere to ensure a new one-shot vaccine is not delayed.

“This is crucial in terms of the expected approval of the Johnson & Johnson vaccine in the United States - a one shot, moderate temperature, vaccine - in roughly two weeks.

“I would be highly sceptical of this vaccine being approved for use in the EU by the EMA until early March at best based on how previous applications were dealt with.

“I firmly believe that, due to the severity of this pandemic, the EMA in the EU, the HPRA in the UK, the FDA in the USA, and their counterparts in Canada, Australia and New Zealand, should agree to mutually recognise their authorisations,” said the Renew Europe member of the ENVI committee.

“If one agency is able to approve a vaccine while adhering to standards, I do not see why other agencies should have to start from scratch. We should be able to fast track approval based on the work carried out by other regulators that adhere to globally recognised standards," he said.

The Fianna Fáil TD for Ireland South said time is not on the side of people who need protection.

“We’re already running into trouble with the Oxford Astrazeneca vaccine, and it hasn’t been approved yet. We cannot afford to wait any longer, than is necessary, to have the Johnson & Johnson vaccine approved and in use.

“Additionally, we need to get to the bottom of contractual problems with companies the EU has entered into approval purchase agreements with; we must have full transparency. Citizens and MEPs are demanding it. All contracts should be made available immediately,” concluded Kelleher.

Both Pfizer and Astra Zeneca have hit supply problems that have had the worst impact on Ireland and other EU countries.

The EU has other vaccines ordered but just one is being considered at present - the Oxford Astra Zeneca vaccine which was set to play a key part in Ireland's mass vaccination programme.

Read also: LAOIS HOSPITAL SERVICE IN DANGER OF COLLAPSE IF ADMISSIONS DO NOT FALL SOON