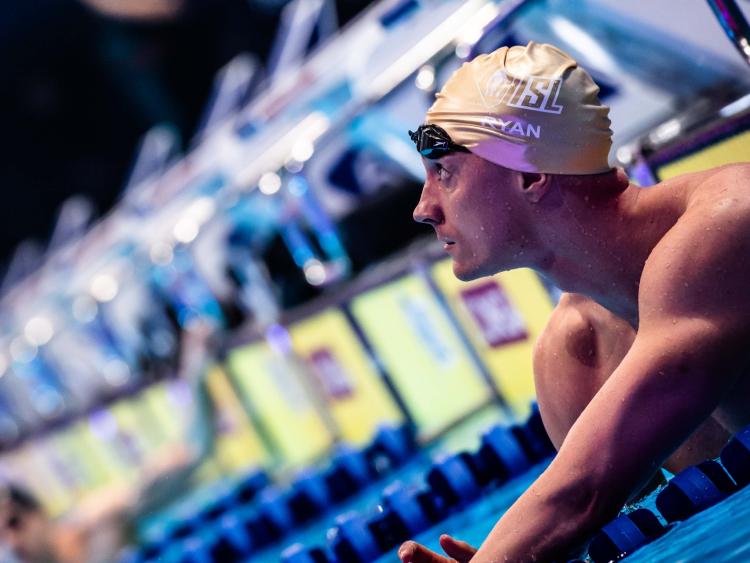 The Irish swimmer Shane Ryan who has roots in Portarlington is delighted to be picked to swim in Tokyo at the Olympics this year.

The US native who declared for Ireland by virtue of being the son of a Laois man has tweeted following the news from the Olympic Federation of Ireland that his qualification time set in 2019 will still make him eligible for Tokyo.

"Absolutely delighted to be nominated for my second summer Olympic Games for Ireland. It is such a great honor to be selected. Thank you to everyone who has sacrificed and helped me achieve my life dream," he said.

Absolutely delighted to be nominated for my second summer Olympic Games for Ireland. It is such a great honor to be selected. Thank you to everyone who has sacrificed and helped me achieve my life dream. pic.twitter.com/UGB9tfeYlc

The swimmer, whose dad Tom hails from Portarlington, decided to move back to Ireland to help put the country on the medal podium in Japan in 2020. The games were subsequently postponed this summer.

An Irish American, Shane declared for Ireland in 2015 before Rio. He returned to the Laois Offaly border town where he lived for some months before Rio, to celebrate with family.

He has since medaled for Ireland at World level.

He tweeted after Swim Ireland said it was excited about the upcoming 2020 Olympic Games, now scheduled for 23rd July to 8th August, after a year of COVID-19 related upheaval.

The association updated its Olympic Nomination Policy to give an additional opportunity to athletes to meet the qualification standards. The changes to the policy provide for swimmers who have already achieved an Olympic Qualification Time to be pre-selected and for those that do not meet the qualification time at the Irish Olympic Trials in April (20th – 24th) to qualify at a nominated meet in June.

Both the International Olympic Committee (IOC) and FINA (the world governing body for swimming) require athletes to achieve an Olympic Qualification Time (FINA ‘A’ time) within a designated period from March 2019 and from pre-named ratified competitions for them to be assured of an entry into the respective individual event at the Games.

Swim Ireland said Darragh Greene and Shane Ryan can now both be considered for the Games as the two Irish swimmers to post performances under the FINA ‘A’ time in their respective events in the designated period thus far. It said Shane attained a time at the 2019 Open in the 100m Backstroke.